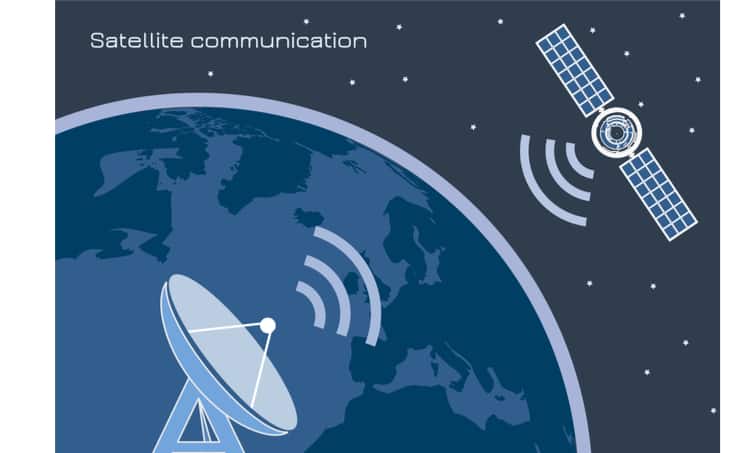 With the increase in wireless networking systems, there is an ever-growing demand for bandwidth to increase transmission capacity and data transfer rates. To meet bandwidth demands, one method is to employ advanced modulation techniques to increase spectral utilization efficiency.

The method of applying advanced modulation techniques helps in achieving high point-to-point data rates, increased sharing of the bandwidth, and increased reuse of frequencies. However, this strategy has some upper limits beyond which the bandwidth of higher frequencies needs to be accessed to provide sufficient transmission capacity.

In complex satellite missions, the limitations of signal processing techniques and modulation schemes led to the use of X band to Ka-band frequencies. X to Ka frequency bands (previously called radar frequency bands) are the set of frequencies used in radar, terrestrial, and satellite applications. They are designated by the Institute of Electrical and Electronics Engineers (IEEE). Apart from bandwidth, these frequency bands are less congested, making them significant in satellite and radar communications.

Radar system engineers started the practice of using letter designations as short notations for frequency bands during World War II. After the standardization of radar frequency bands by IEEE, it became an accepted practice among radar engineers worldwide.

The IEEE and the International Telecommunication Union (ITU) are the bodies assigned to designate the frequency bands of the electromagnetic spectrum. The IEEE has significantly contributed to frequency band designations used in radar, terrestrial, and satellite applications. The IEEE classifications are mostly in the microwave range of the electromagnetic spectrum and standardized by designating each subband by a letter. The table below gives the IEEE classifications of radar frequency bands.

The advantages of radar frequency letter designations by IEEE are:

Each frequency band differs from others in terms of its applications, characteristics, and environmental constraints. In the upcoming section, we will discuss one of the IEEE radar frequency bands—the Ka-band frequency.

The Ka-band consists of frequencies in the range 27 GHz to 40 GHz and a wavelength between 1.1 to 0.75 centimeters. It offers high-speed data communication with wide coverage through multiple beams. The Ka-band frequency allows the use of smaller antennas.

The use of focused spot beams or multiple beams in Ka-band frequency allows the reuse of the same frequency band, which boosts the coverage and capacity of the satellite communication system. The circular polarization used in the Ka-band makes it even more attractive for satellite communications by avoiding the need for rotational adjustment of the feeding system, which simplifies installation.

Additionally, the Ka-band is more affordable compared to other satellite broadband frequencies. The capital expenditure for establishing a Ka-band communication system is considerably less with a smaller antenna, as it reduces material costs, manufacturing costs, labor costs, and transportation costs.

Cadence software can assist you in designing radar and satellite communication systems utilizing various frequency bands, including the Ka-band frequency. Subscribe to our newsletter for the latest updates. If you’re looking to learn more about how Cadence has the solution for you, talk to our team of experts.