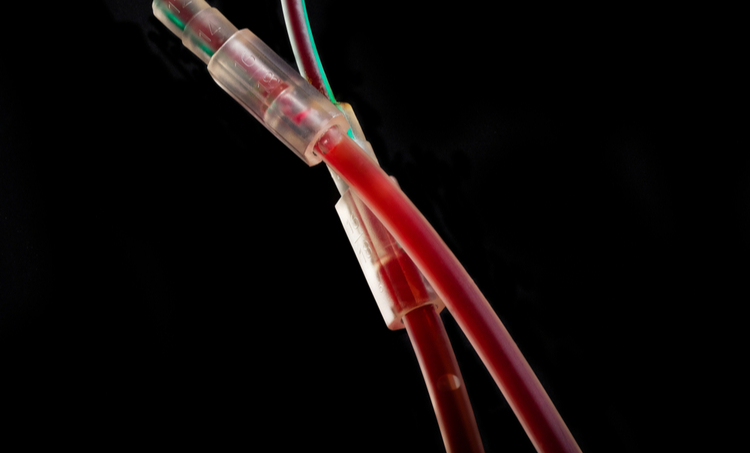 One of the simplest results that can be obtained in fluid dynamics is Poiseuille’s law. This basic relationship is also known as the Hagen-Poiseuille’s equation by fluid dynamics purists. No matter what you call it, Poiseuille’s law is a simple relationship between the laminar flow rate in a capillary tube and the material or system parameters, namely the tube geometry, material dynamic viscosity, and pressure gradient in the system. In fact, the relationship between these parameters is simple enough to be derived from a force equilibrium equation.

The use of Poiseuille's law is normally discussed in terms of hemodynamics, as it explains the effects of blood vessel constriction; however, it applies generally to any area of fluidics. In this article, we’ll discuss some of these important aspects of fluidics, such as general capillary flows for incompressible fluids, as well as extensions into certain cases of compressible fluids (e.g., gases).

The basic form of Poiseuille’s law and its primary equation are simple, as shown below:

The point here is that the flow rate is very sensitive to changes in the cross-sectional area of the pipe; small changes in the pipe radius are amplified with 4th power dependence, producing a very large change in volumetric flow rate, assuming all other parameters stay the same. This is often why the law is discussed in hemodynamics, as we’ll explore below.

This flow rate result can be derived and observed under the following conditions:

The result is the volumetric flow rate equation shown above, which could be converted into a mass flow rate by multiplying the result by the fluid’s density.

Perhaps the most popular application area where Poiseuille’s law is considered is hemodynamics. Because the volumetric flow rate is so sensitive to changes in cross-sectional area, Poiseuille’s law is used to explain why constricted capillaries lead to higher blood pressure. A slight vein constriction would reduce the blood flow rate, however, the heart compensates by working harder to increase the blood pressure and keep blood flow constant. This explains why vein constriction and high blood pressure are related. 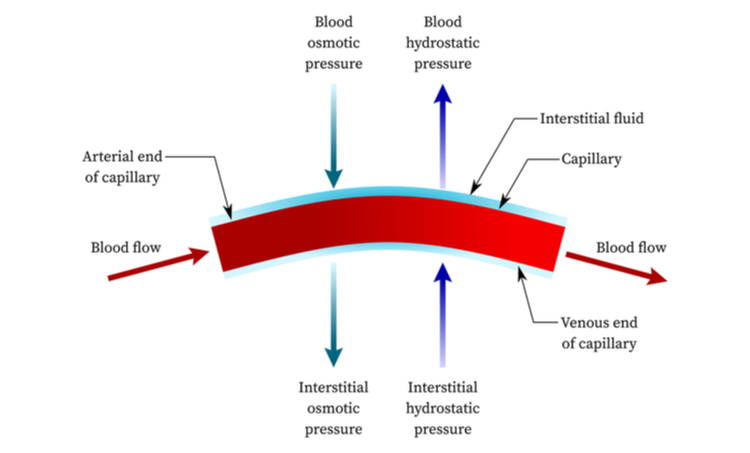 The same considerations and relationships defined in Poiseuille’s law apply in microfluidics generally. Poiseuille’s law also applies to compressible fluids, although this becomes a more complex thermodynamics problem under fast compression. If a fluid is compressible and the compression is slow enough to be treated as isothermal, then there is a modified version of Poiseuille’s law that relates the volumetric flow rate to the pressure values at each end of the flow region, as shown below:

Compressible flows can undergo adiabatic compression or decompression, which will cause the fluid’s temperature to increase or decrease, respectively. In this case, the flow rate will depend on the rate of expansion or contraction and the amount of heat exchanged with the environment during the process. The flow rate and the amount of resulting convective heat transfer will depend on the adiabatic index of the fluid.

From the above examples and discussions, one should see how Poiseuille’s law only applies to straight pipes with circular cross sections. However, an analogous version of the Poiseuille’s law equation could be derived for a pipe of any cross section, as long as the basic assumptions in Poiseuille’s law are obeyed. In particular, the pipe and the path it traverses would still have to provide steady laminar flow for an incompressible flow with pressure being the dominant force.

To ensure fluid flow follows the Poiseuille’s law equation in a general enclosed system, systems designers can use the complete set of CFD simulation features in Omnis from Cadence. Modern numerical approaches used in aerodynamics simulations, turbulent and laminar flow simulations, reduced fluid flow models, and much more can be implemented in Cadence’s CFD simulation tools.