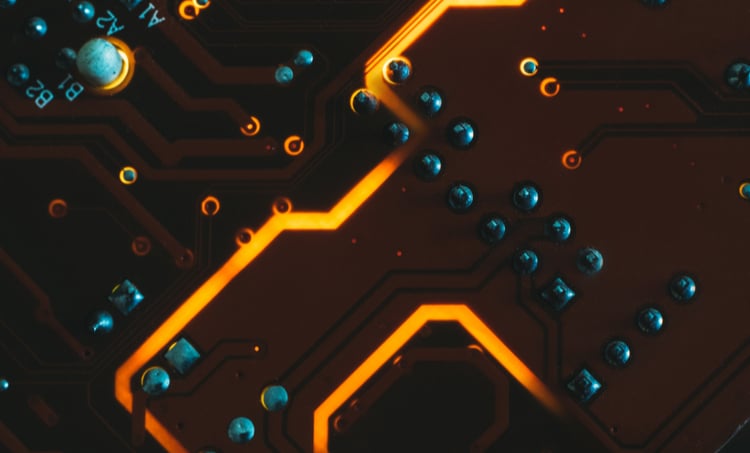 Choosing the right terminating impedance is an important consideration in many systems, and it is probably the most often cited problem in transmission lines. Signals that travel along a transmission line and reach a load component in an electronic system need to pass power into the load, and termination is all about ensuring this happens. For digital logic circuits and transistor-based circuits, the signal needs to toggle the circuit so that it switches into the ON or OFF state, at which point current flow will change in the device. None of this can happen if a signal reflects from the end of a transmission line.

A transmission line termination impedance is implemented for a simple reason: to prevent a signal reflection at the receive end of the line and to transfer maximum power with intended rise time into the source end of the line. How this is done, and what the effect is up to certain frequencies, varies based on several factors. Before running off and applying a termination impedance on every transmission line, we have to consider the following:

These are the major factors that determine the limits of impedance matching and how impedance needs to be applied for a digital system. Similar considerations apply for analog systems.

Typically, you would apply a terminating impedance by placing a resistor at the load end. The reason we typically don’t worry about the source end is that the output is generally configured to provide a specific power on the transmission line, and we don’t particularly care how it ends up on the line. Source impedances are also low impedance and are typically closely matched to the line anyways.

At the load end, where we have an input buffer circuit, the terminating impedance is arranged in parallel: 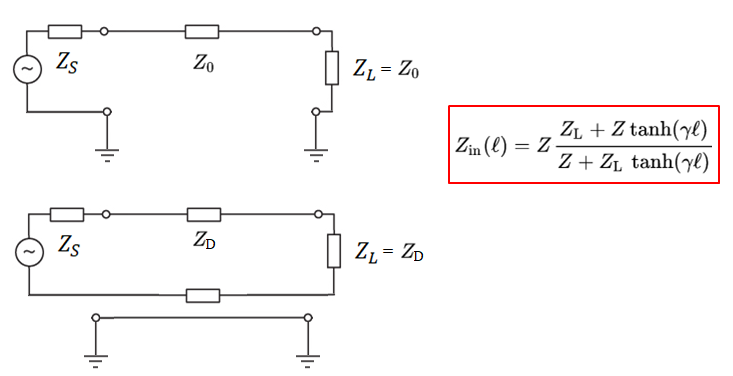 This is done because the load in a digital channel has a very high input impedance up to several GHz due to the load capacitance (see above).

High speed digital channels are generally differential channels, so you only need to worry about the bottom configuration. For analog signals, you may have a much more complex impedance matching network, which depends on the input impedance into the load component. For example, antennas are low-impedance elements, but they are connected to an open circuit; the required matching will depend on the size of the antenna as well as the fact that it is basically an open circuit at DC.

In either digital or analog cases, the important quantity that describes impedance matching is the reflection coefficient, which is defined at the source end and at the load end.

Here, the terminating impedance and the input impedance at the load are used to define a reflection coefficient, which is defined below:

This is defined at the load end. At the driver end of the line, we have the same reflection coefficient, but it is defined using the line’s input impedance and the source impedance:

The above equation is used to define S11, or the return loss at the input end of the transmission line. This metric, evaluated at the source end, tells you how well the channel is impedance matched. It can also be evaluated at the load end, where the load is taken as the device under test (DUT) by examining power input into the load.

Why Is 50 Ohms Used in PCB Transmission Lines?

This topic is extensive and deserves its own discussion. In short, it originates from the use of long coaxial cables as transmission lines for radio signals. A 50 Ohm characteristic impedance for a dielectric-filled coaxial cable provides the best balance between maximum power transfer down the line, maximum voltage sensed at the output, and minimized loss. Other transmission line values include 30 Ohms (for maximum power delivery) and 77 Ohms (for lowest loss).

Components that do use on-die termination will generally only use the intended value for the connecting transmission line impedance (either characteristic or differential). Make sure to check the datasheets for your component before adding any terminating resistors. Don’t just assume that on-die termination is or is not used in the component; check the datasheets for your components to ensure you don’t need external components or circuits for termination.