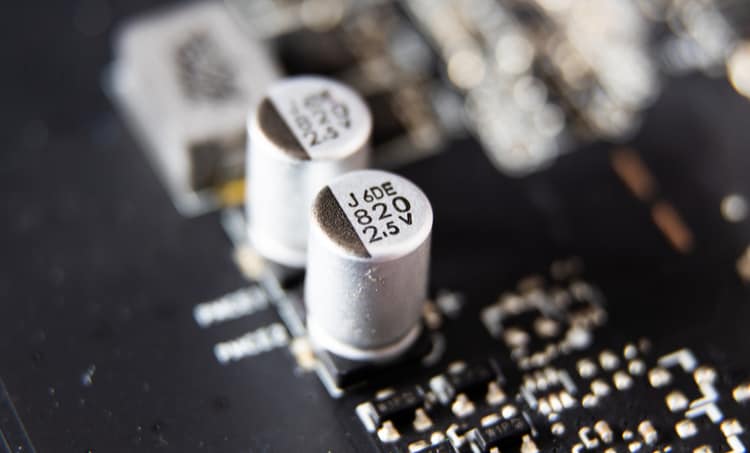 Impedance is probably the one metric that universally summarizes signal behavior in all domains of electronics. When designing specific applications in PCB design, we always have some target impedance we want to hit, whether for RF traces, differential pairs, or impedance matching networks. Ensuring power integrity relies on designing to a target PDN impedance, but determining the PDN’s target impedance is another challenge that is rarely discussed.

Unfortunately, there is no industry standard—or even a good specification in datasheets—that can tell you the target impedance you need for power integrity in your PCB. Instead, you need to consider some minimum requirements for your signal behavior, allowed power fluctuations, and even the topology of your PDN.

As much as we would like to think that there is a specific target impedance level that is needed for any PDN, this is simply not the case. The value you need to select will depend on several factors, and depending on the proposed structure of your PDN, it can be tough to determine which factors are most important. The major factors that will affect your target impedance values include:

As an example, a limit can be determined just by looking at the datasheet for your main processor. The image below shows supply voltage data for a Kintex UltraScale FPGA. We can set a limit on the fluctuation on the power rail voltage based on the nominal, minimum, and maximum values of supply voltage listed in the datasheet (see the red box below). 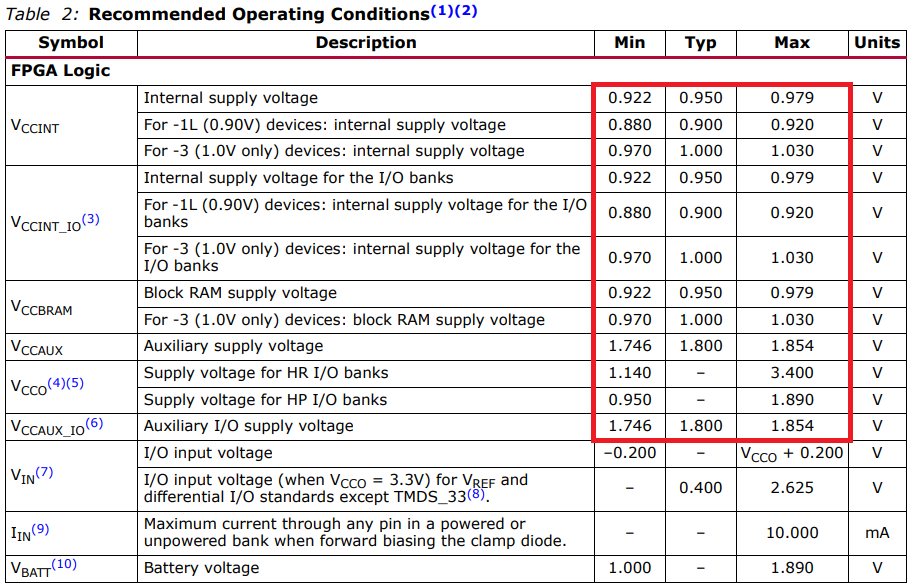 For example, if we account for a 20% margin of safety on the VCCINT internal supply voltage in the first row, we can set the allowed supply rail fluctuation from 0.927 V to 0.974 V. Next, look at the current draw during switching later in the datasheet and use Ohm’s law to determine the target PDN impedance in the design. As long as the PDN impedance for that supply rail is below the target value throughout the signal bandwidth, then any voltage fluctuation will be minimized.

Minimized jitter is one important target that is sometimes used to determine a target impedance for a PDN. When a digital component switches and causes a voltage fluctuation at the power bus, the changing logic level in the component causes a fluctuation in the timing and rise rate in the signal. Obviously, the two are interdependent and create an interesting system of feedback, but minimizing jitter requires minimizing this power fluctuation.

Typical values for jitter can range anywhere from 10 ps/mV to as high as 100 ps/mV for some logic families. High precision timing and measurement applications require jitter as low as 1 ps/mV. Some examples include point-cloud imaging applications like lidar, 4D radar, and other electro-optical applications.

The topology of your PDN will also influence the target impedance, but not in the way you would expect. The PDN in a typical PCB can have a multi-bus topology. In this topology, there is generally a primary regulator that steps down the input voltage to a high logic level (5V) and branches off power to a bus. Other regulator stages are also placed on the bus to continue stepping down the voltage. This is shown schematically in the block diagram below.

Different circuit blocks and components on each bus section can interact, meaning a disturbance on the PDN caused by one component can be experienced by all other components. This is quantified with a Z-parameter matrix, also known as the impedance parameter matrix. This matrix tells you everything about the PDN impedance, and how current drawn into one section of the PDN produces ripple in other sections. 3D electromagnetic field solver utilities can be used to determine network parameter matrices and evaluate power integrity in your board before you begin prototyping.

Target impedance is just one aspect of power integrity you should confront in your designs. Cadence’s PCB design and analysis software can help you evaluate power integrity in your design and determine if your target impedance needs to be decreased with a suite of time-domain and frequency-domain simulation features. When you use Cadence’s suite of design tools, you’ll have access to a range of simulation features you can use in PDN impedance analysis, giving you everything you need to evaluate your system’s functionality and ensure reliable power integrity.