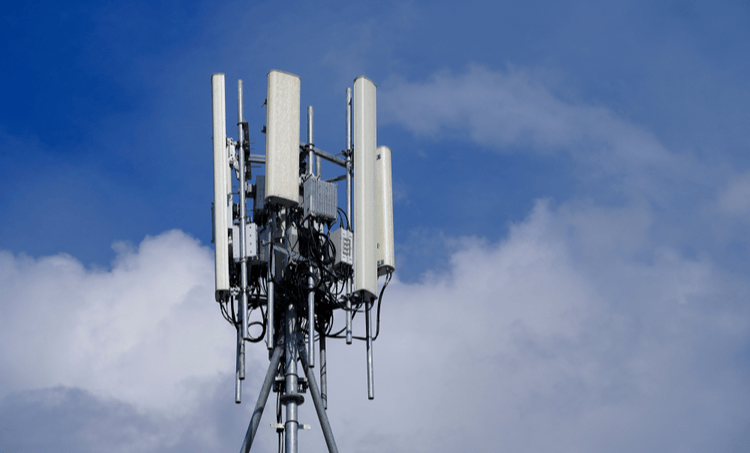 In electrical circuits, the reciprocity theorem is not a generalized theorem—there are limits to its application. Some of the limitations of this theorem are the systems containing dependent sources, non-linear devices, and time-varying elements.

The Circuit and Antenna Reciprocity Formula

Let’s take a closer look at the Lorentz reciprocity theorem.

Consider two sources, (J1, M1) and (J2, M2), occupying a volume of V[s] in a bounded surface of S. Let the fields associated with J1, M1 be E1, H1 and let J2, M2 be E2, H2. There is coupling energy between the fields produced from one source on another; this creates another field, which is the reaction of the fields on another source.

The reactions in equation (1) and equation (2) are equal.

In a linear circuit, there are two pairs of nodes (1,1’) and (2,2’) and the circuit consists of a voltage source Va , where current Ia is measured as the reaction.

Voltage is applied across node 1,1’ and the current is measured from nodes 2,2’. The position of the source and the measurement can be interchanged—the voltage Va can be at 2,2’ and the current Ia can be measured at 1,1’.

In both cases, the ratio of voltage to current remains constant. Both equations below present the reciprocity theorem in circuit theory: 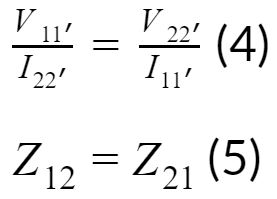 The reciprocity theorem is fundamental to antenna theory. The following are all true in the case of antenna reciprocity:

The equation can be written as the following, where Pt and Pr are transmitted and receive the power of antenna 1 and antenna 2, respectively:

When the antenna modes are interchanged, antenna 1 is receiving and antenna 2 is transmitting. That means the ratio remains unchanged: