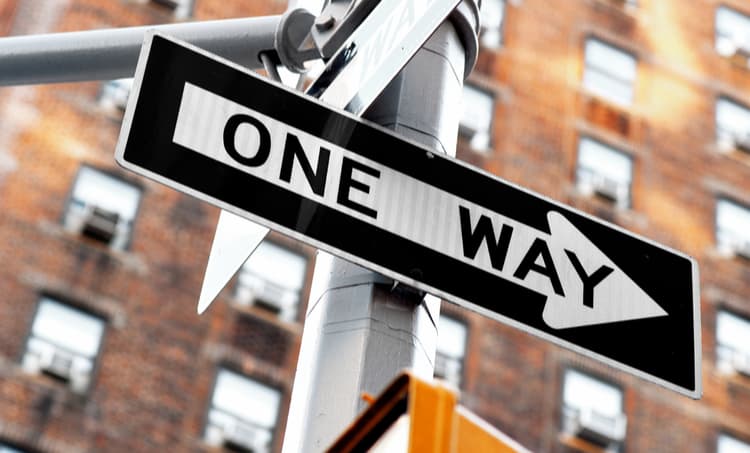 When most designers plan out signal paths in a new PCB or IC, they probably don’t worry about the reciprocity of the system. In other words, you plan to have the signal move through a chain of components in one direction only, so why worry about what happens in the opposite direction? For typical components like passives, amplifiers, and other integrated circuits, it’s perfectly fine to ignore reciprocity.

When we say that a propagating wave is traveling through a reciprocal medium, it means that the interaction between the field and the system is independent of the direction traveled through the system. All lossless LTI circuits with symmetric topology between the input and output are reciprocal. If you send a signal into the circuit, you will get a certain signal out; you would gather the same measurements if the locations of the source and measurement point were reversed. This conceptual example should illustrate what might cause nonreciprocity, and it was even used in some of the first descriptions of optical reciprocity in the 19th century.

This does not happen in a nonreciprocal system. When a system is nonreciprocal, the signal measured at the output of a circuit or network will be different depending on the direction the signal travels through the network. This is often equated with time-reversal symmetry (reversing the direction of time in the forward direction is equivalent to reversing direction with time moving forward only in time-invariant LIH media), but the two phenomena are not equivalent mathematically or physically. This ability to control how a system responds to light based on the direction it travels through a system is exploited in advanced photonics applications, such as:

Faraday, who discovered that the polarization of a light beam can be rotated when the light travels through glass in the presence of a magnetic field (parallel to the light propagation direction), provides the first report of electromagnetic nonreciprocity (this term was not used by Faraday). When light is sent in the opposite direction, we do not see a reciprocal effect; the polarization direction is reversed. 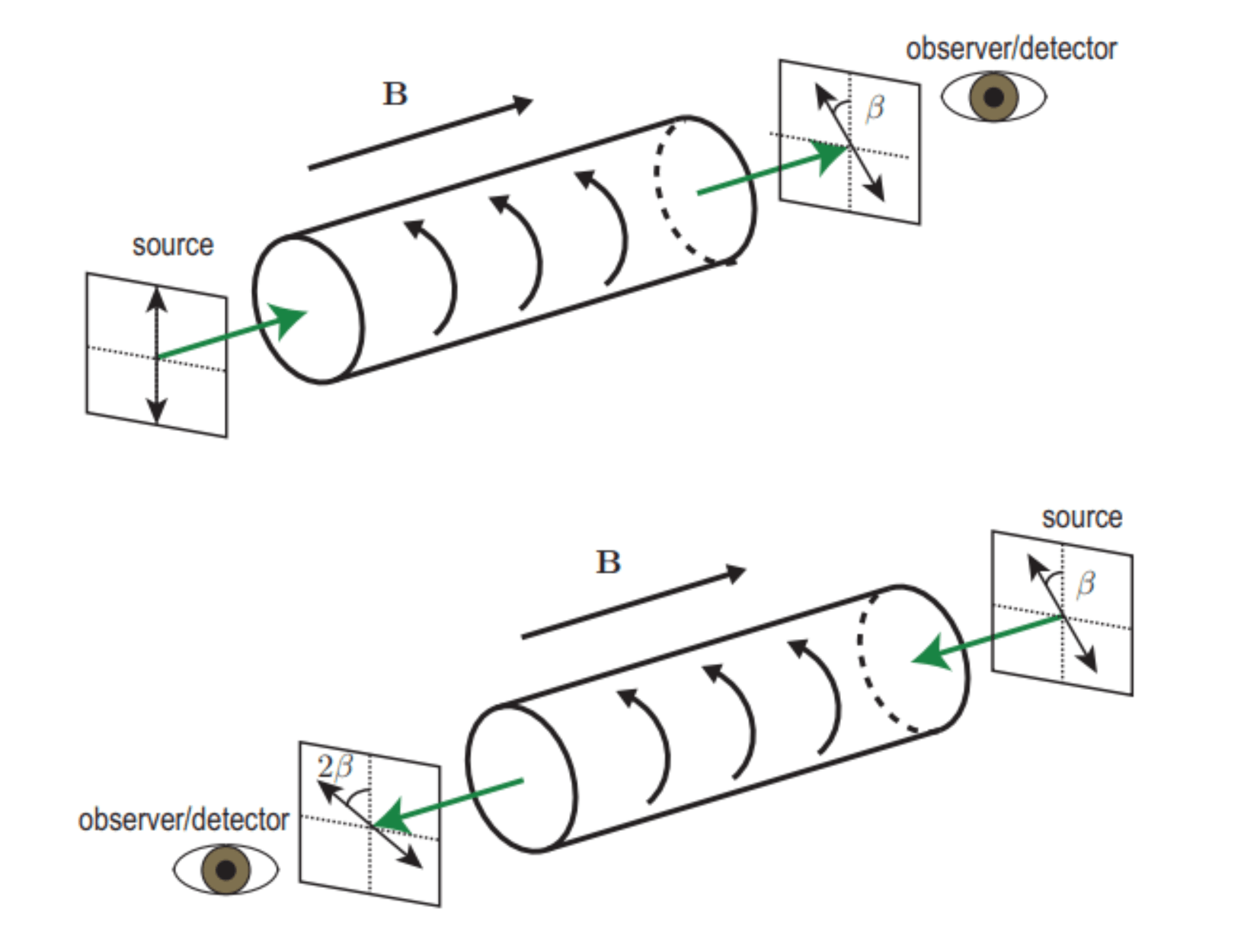 Electromagnetic nonreciprocity and the Faraday effect.

This behavior is quantified mathematically in terms of the Poynting vector for electromagnetic waves traveling through the system. This gives the Lorentz reciprocity theorem, which can be extended to the case of electromagnetic fields in real media with some current density (given by the J1 and J2 terms). If the following integral equation is satisfied when states 1 and 2 are swapped, then the system is reciprocal:

Electromagnetic nonreciprocity is defined with the Lorentz reciprocity theorem.

Note that there are many reciprocity theorems, but Lorentz’s is widely viewed as the most general. This equation can be easily reformulated in terms of electrical networks by breaking the LHS volume integral into terms parallel to the field components (giving the voltage) and a surface integral (giving a total current), and the RHS becomes the power transmitted through the network. A reciprocity theorem can also be derived from Poisson’s equation (in terms of arbitrary charge density) using Green’s theorem.

What Makes a System Nonreciprocal?

As nonreciprocity creates the optical analog of rectification, these unique structures can be used as optical analogs of transistors when tuned with an external signal. Think of electro-optic or magneto-optic effects with an applied field which changes the state of an electromagnetic wave; this is effectively the same type of switching seen in a transistor. Engineers who want to dive into optical computing should take time to understand these electro-optical and magneto-optical effects to generate nonreciprocity. 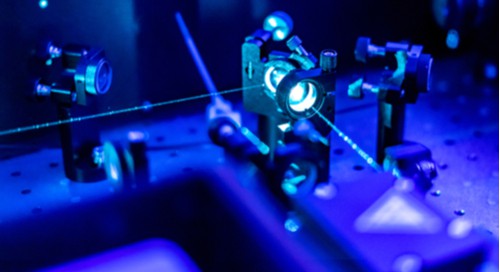 Exploiting nonreciprocity, combined with current semiconductor manufacturing processes, allows this type of optical system to be scaled down to the wafer level.

When you need to design electrical or photonic systems that exploit electromagnetic nonreciprocity, you need the best PCB design and analysis software to create your layouts and integrated circuit network modeling utilities. The PSpice Simulator from Cadence lets you build circuit networks from COTS and custom components, and you can use a modeling application to create simulation models for use in your circuits.