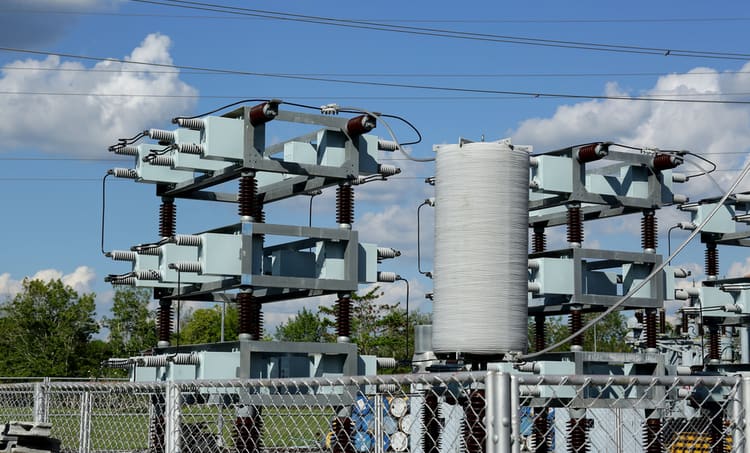 In an electrical power system, reactive power control is so important that various techniques and compensators are employed for this exact purpose

Reactive power plays a significant role in electrical power transmission and distribution. In an electrical power system, reactive power control is so important that various techniques and compensators are employed for this exact purpose. The static VAR compensator (SVC) is one such technique, used for supplying leading and lagging VARs. Static VAR compensation is the exchange of capacitive and inductive currents to the power system. Devices used in this technique are thyristor-switched reactors (TSRs) and thyristor-switched capacitors (TSCs). The TSR absorbs reactive power, whereas the TSC supplies reactive power.

Thyristor-switched capacitors (TSCs) are a type of SVC where the thyristor switches are used to connect and disconnect capacitors to supply the required reactive power to a system. TSCs are usually shunt-connected devices and their effective reactance is varied in a step by step manner by adjusting the conduction of the thyristors. There is no firing angle control for thyristors present in TSCs.

TSCs can be used in both single-phase and three-phase electrical power systems. A single-phase TSC typically consists of the following three parts:

Consider the steady-state condition where the thyristor valve is turned on or closed and the TSC is connected to an alternating sinusoidal voltage. The TSC can be removed from the power system at any current zero. This can be achieved by line commutating the thyristor at any instant of zero current. At zero crossing of current, the capacitor voltage is at its peak amplitude. In ideal conditions of  TSC disconnection, the capacitor stays at the charged voltage and the voltage across the thyristor valve varies between zero and peak-to-peak value of the applied AC voltage.

Transient Disturbances During Reconnections of TSCs

If, at disconnection, the residual capacitor voltage remains unchanged without discharging, then a TSC can be switched in again, without transients, at any instance where the applied AC voltage equals the capacitor voltage.

However, in practical cases, the capacitor discharges and the reconnection needs to be at some arbitrary capacitor voltage between zero and Vn2/(n2 - 1). The transient disturbances in such reconnections can be minimized by switching on the TSC at the instant where capacitor voltage equals the applied AC voltage. The non-zero dv/dt at the time of switching is responsible for these transients and this can result in an instantaneous current equal to Cdv/dt in the capacitor if the series current limiting reactor is not present. The interactions between the capacitor, reactor, and damping resistors produce oscillatory transients in voltages and currents associated with TSCs.

There are two general rules for transient-free switching of TSCs:

Thyristor-switched capacitors and reactors are invariably used in power transmission and distribution systems for reactive power management. They are also used in electronics circuits for discrete-time signal processing. Cadence’s software can be used to model switched capacitor circuits.