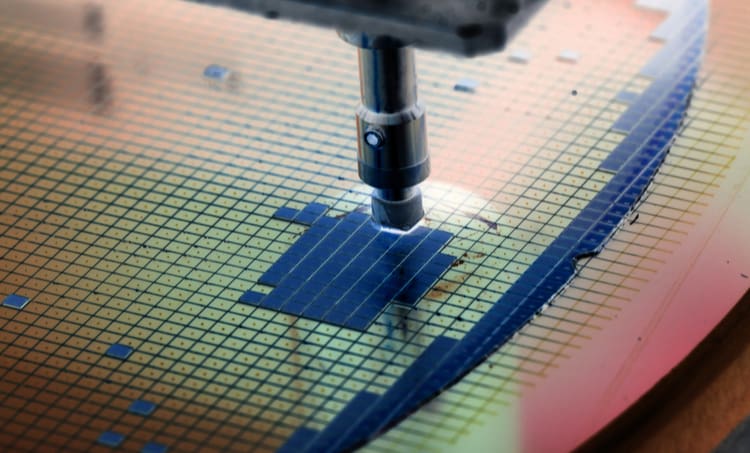 Silicon is a significant component of ICs and semiconductor devices

Silicon is a popular element in the electronics industry—integrated circuits and semiconductors rely on the versatility of silicon and the unique electrical, thermal, and mechanical properties that make silicon reliable at high temperatures.

As power levels of ICs increase, thermal properties such as thermal conductivity and the coefficient of thermal expansion (CTE) of silicon gain importance. In this article, we will focus on the importance of the CTE of silicon.

The CTE of Silicon

In the above equation, L represents the length, T is temperature, is the mechanical strain, and denotes the fractional change. The linear CTE of pure silicon is in the range of ( 2.6–3.3 ) x 10-6K-1. The CTE of silicon is significantly lower than metals. This makes it suitable for high power and high temperature applications in electronics.

The Use of Silicon in Electronics

Besides silicon’s unique mechanical and thermal properties, another advantage is that it is highly conductive. The semiconductor industry benefits from the almost endless possibilities provided by bonding and doping silicon with other materials. Today, ICs, semiconductor devices, solar cells, and PCBs are the main electronic applications where silicon is used.

The Importance of Matching the CTE

Silicon can bond with other materials while processing or in a finished product enclosed in a package, like in ICs or semiconductor devices. The CTE is a crucial parameter when silicon is bonded with other materials or if it is subjected to temperature changes. If there is a CTE mismatch in silicon and the bonding materials, mechanical stress may build up and result in fractures or cracks in the structure. The mechanical stress that develops is somewhat proportional to the CTE mismatch, therefore, the gravity of failure depends on the difference between the CTE of silicon and the other bonding material.

When processing and packaging silicon-based devices, it is important to try to keep stress levels below the critical value to limit device fractures and cracks. To minimize stress on the device, the CTE of the bonding material needs to match the CTE of silicon.

Considering the thermal effects on the CTE, silicon wafers are heated slowly to allow them time to attain temperature equilibration. If the silicon material is heated all at once, the silicon chip may be damaged due to wafer warpage.

Reduce Failure in Silicon-Based Devices by Matching the CTE

Silicon is a significant component in the fabrication of semiconductor devices and ICs. However, mechanical and thermal stresses developed in silicon materials is one of the main causes of permanent damage in silicon-based devices. One of the best ways to reduce such failures is to match the CTE of bonding materials with the CTE of silicon. Additionally, building the temperature in silicon slowly can allow time for temperature equilibration, and is effective when a device needs to be subjected to temperature gradients. When working with silicon, understanding its thermal properties, especially the thermal conductivity and the CTE, will extend life, offer better yield, and reduce failures in silicon-based devices.