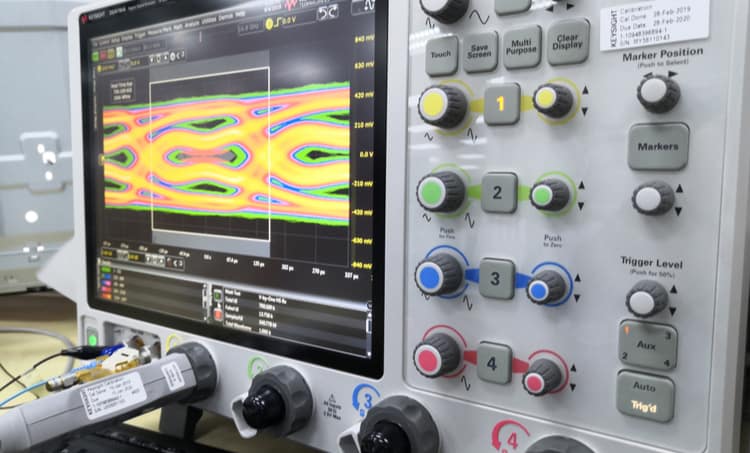 All intersymbol interference occurs when one signal in the bit stream interferes with later signals when read out by the receiver. In telecommunications systems, particularly in wireless systems, intersymbol interference is described as a multipath effect where copies of a signal arrive at a receiver at different times. This is loosely related to the case of a one-dimensional PCB interconnect with a digital bit stream.

In digital channels, a bit stream can experience some problems that create intersymbol interference, including:

Intersymbol interference can be seen in an eye diagram, as shown in the image below. Most high-bandwidth oscilloscopes or digital signal analyzers can be used to gather this measurement as long as test fixtures are placed on the PCB. 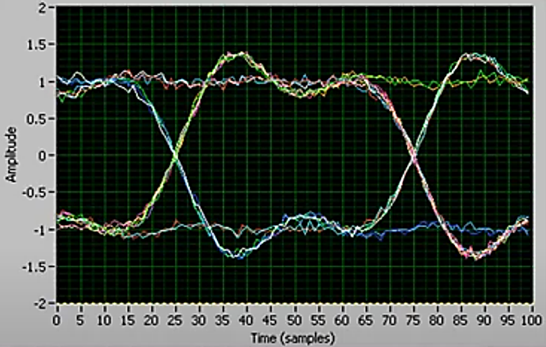 How to Reduce Intersymbol Interference at the Board Level

Among the four points in the above list, only the first three are exceedingly common. Regarding the fourth point about jitter, there will always be some jitter due to minor variations in power stability. However, huge levels of jitter that are similar to the UI of a bitstream are not typical, and it is likely that multiple problems beyond high PDN impedance will contribute to very high jitter.

If you want to reduce intersymbol interference, focus on the three areas of impedance mismatch, dispersion, and slow impulse response. Some approaches are summarized in the following table:

Solutions like choosing less dispersive PCB laminates and components with smaller load capacitance will only go so far. The best solutions for high data rate channels are to ensure extremely accurate impedance matching and adding delay times. Solutions like programming delays into your bit stream will reduce total data rate, but it will also reduce bit error rates. For impedance mismatch, just remember that you only need to worry about matching impedances up to some limit (usually a few GHz).

There are two other ways to force your receiver to totally ignore inter-UI variations in signal level due to intersymbol interference—follow the Nyquist ISI criterion and use equalization.

There is a particular sampling rate that can be used in the receiver component such that the recovered signal will be totally free of intersymbol interference. The Nyquist ISI criterion can be satisfied when the receiver reads out a stream of digital pulses with the following property:

Here, Tb is the bit rate of the data stream. This equation states that, when the receiver samples exactly at the bit rate, it will always latch exactly to the true value of the sent bit as long as the bit waveform passes through zero at any other sampling time. This property is accomplished by precisely shaping the transmitted waveform with a pulse shaping filter.

The use of an equalization scheme, such as distributed feedback equalization, is intended to recover signals through an estimation algorithm. This will, ideally, remove intersymbol interference or other noise that may be superimposed on the received signal. However, equalization is not something that you just “add” to a component. It is implemented with a specific circuit that is built into your components. Newer generations of DDR and PCIe are making use of equalization in the receiver side, and we can expect this to become more standardized in future generations of other signaling standards.

High-speed interconnect design can be difficult and requires balancing many objectives, especially when learning how to reduce intersymbol interference. Cadence’s PCB design and analysis software can help you design and layout your interconnects with the industry’s best CAD tools and powerful signal integrity analysis tools that help automate many important tasks in systems analysis. Cadence’s suite of pre-layout and post-layout simulation features gives you everything you need to evaluate your system.