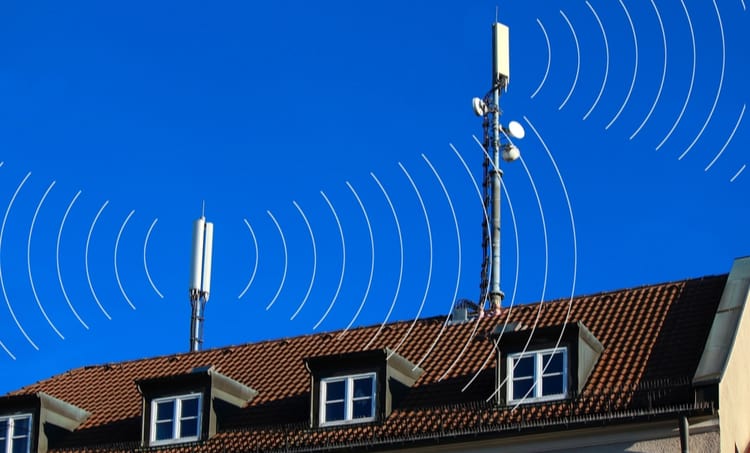 Antennas are intermediate elements between a transmitter and receiver system. They radiate electromagnetic waves into the free space (transmitter antenna) or receive signals from the free space to the guiding device (receiver antenna). The radiation from an antenna can be quantified using parameters such as radiation field strength, directivity, gain, phase, and radiation efficiency—all of which influence how the antenna performs for a specific application.

The performance of an antenna can be improved by working on the antenna parameters. Engineers can get a basic idea of which antenna parameters they need to start with by looking at antenna radiation patterns—pictorial representations of the electromagnetic radiation spreading from an antenna.

The capability to radiate and receive radiations is a key feature of an antenna. In certain cases, in transmitter and receiver systems, the same antenna multitasks for the transmission and reception of signals.

In the case of a transmitter antenna,  a voltage of a specified frequency is applied to it. The voltage applied and the current flowing in the antenna generates an electric and magnetic field. The electromagnetic field radiates to the free space.

Antenna radiation patterns help engineers understand the behavior and performance of an antenna. They are a basic requirement in any antenna application, as these patterns provide information about the spatial distribution of electromagnetic energy, which helps to identify antenna type and give clarity on antenna pointing directions. With these patterns, one can point an antenna in any direction and see how the antenna performs in that particular direction. This pattern is the primary antenna property considered when the operating frequency is defined.

Antenna radiation patterns depict the radiation properties of an antenna, including:

Antenna characteristics can be determined by looking at antenna radiation patterns. By interpreting the antenna parameters from the radiation pattern, engineers have the opportunity to modify or change the antenna design and make it suitable for any given application in terms of antenna parameters such as field strength, directivity, radiation efficiency, etc. Cadence software offers EM simulation software that allows engineers to perform antenna analysis.