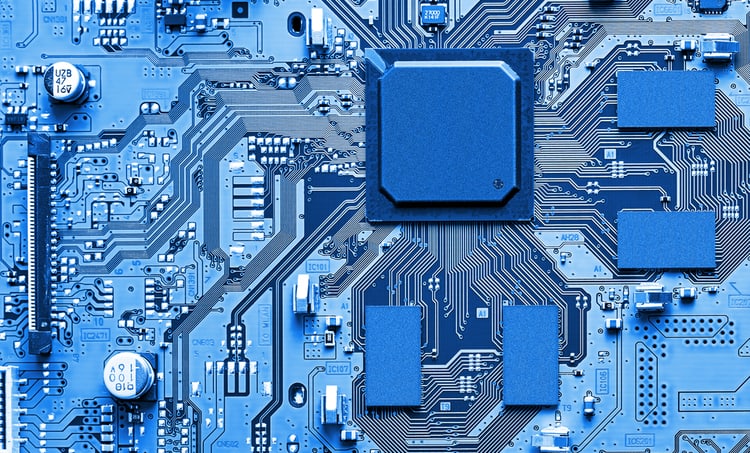 Electronic circuits are prone to noise

Noise is a nuisance to the performance of electronic devices—its impact can be so destructive that it sometimes prevents the circuit from fulfilling its purpose. The noise in a circuit can be generated externally or internally. In electronic circuits, a low-level noise is detected in resistors, which is irreducible and temperature-dependent. This type of noise is called thermal noise.  Physicist John Johnson and theorist Harry Nyquist from Bell Labs were the first to discover and explain this thermal noise phenomenon, so thermal noise is called Johnson-Nyquist noise to honor their work.

Thermal noise is white noise, as its power spectral density (PSD) is nearly equal throughout the frequency spectrum. The thermal noise is random noise and its amplitude follows a Gaussian probability distribution. Due to its random nature, it is difficult to forecast the thermal noise present in any system. This makes it a tedious task to mitigate thermal noise, as cancellation and other filtering processes fail to reduce it.

The PSD of thermal noise is:

where R is the resistance(Ω), T is the temperature of the resistor (K), and kB is the Boltzmann constant.

The thermal noise power for a narrow band of frequency, Δf can be calculated with the equation:

The thermal noise is a key parameter in RF circuit design. The sensitivity of the receivers is limited due to the noise floor. There is cutting-edge technology in receivers to receive signals below the noise floor, but the data rate will be affected in those cases.

Noise analysis and reduction are imperative in RF circuit design. Thermal noise can be reduced by picking the right components in a circuit. The care given in the board layout can also alleviate the effects of thermal noise. The grounding, placement of components, power supply, decoupling, and impedance matching are some important areas to analyze when trying to reduce thermal noise. 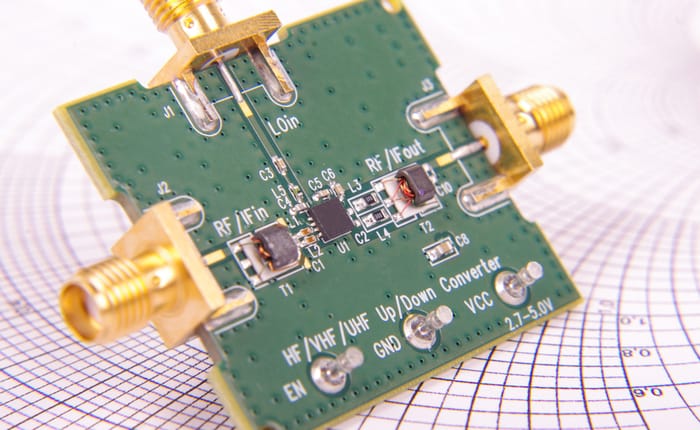 Noise analysis and reduction are imperative in RF circuit design

Transmission Line and Grounding: When designing the ground lines in a circuit board, make sure there is a return path for each signal path without any break or void in the ground return line. The transmission lines in high speed and wideband systems should be designed without any loop in between the signal trace and its return path. The loop works as an antenna spreading the thermal noise to other components in the circuit. The loop also causes reflections on the line due to impedance mismatch. There should not be any overlap or crossing between the digital and analog traces.

Impedance Matching: Matching the impedances of the drivers and receivers in the transmission line is a good approach. The reflections can be reduced to a very good level by impedance matching.

Decoupling: Decoupling the devices can reduce the AC impedance between the power and ground planes in RF circuits. Ferrite beads can be used to isolate the transient devices from the power planes. Good quality ceramic capacitors can also help in lowering the thermal noise propagation.

Placement of Components: While placing the components in a circuit, care should be given to isolating high noise generating elements from sensitive devices. The high frequency or high-speed signals should take the shortest path possible in the transmission line for preventing the thermal noise effect on them. The layout design should focus on the shortest transmission line lengths.