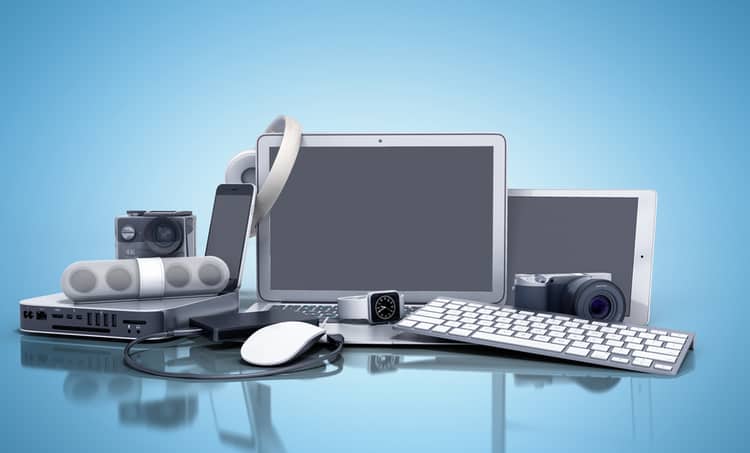 Since the rapid growth of consumer electronics, it is hard to imagine a day without using a phone or laptop. These crucial electronics require DC power to charge them. The rectifier circuits are employed for converting the AC supply to DC power in DC powered devices. However, the use of conventional diode bridge rectifiers is not supported by the energy community. This is because of the low power factor in the AC side of the diode rectifier. The low power factor increases the current drawn from the supply, thereby causing a high voltage drop and reduced input voltage. The increment in current can also cause harmonics, overheating, component failures, and circuit malfunctioning. Power factor correction (PFC) rectifiers are the product of power electronic engineering technology, offering rectified output voltage without compromising the power factor. Power factor correction is a vast area of research, and most of the solutions are based on the use of PFC rectifiers.

Consider an electric vehicle charging from the grid. Electric vehicles are battery powered and they can be charged only from a DC power source. The AC-DC converter, or rectifier, is necessary to interface an electrical AC power grid to electric automobiles. The basic rectifier circuit is a diode bridge rectifier, where the output DC voltage(VDC) is given by the equation:

where Vm is the peak amplitude of the AC sinusoidal input voltage.

The diode bridge rectifier is an uncontrolled rectifier that constantly outputs fixed DC voltage as given by the equation above. Charging a mobile phone requires 5V, whereas charging an electric vehicle requires high voltage ranging from 100 V to 480 V. Bridgeless PFC rectifiers are controlled rectifiers capable of giving the desired DC output voltage with an improved power factor. They eliminate the diode bridge rectifier from the rectification scheme. The adjustable output voltage range and power factor correction are the advantages of power electronics-based PFC rectifiers. They also improve the efficiency of power conversion, as the number of stages is reduced by eliminating the diode bridge. 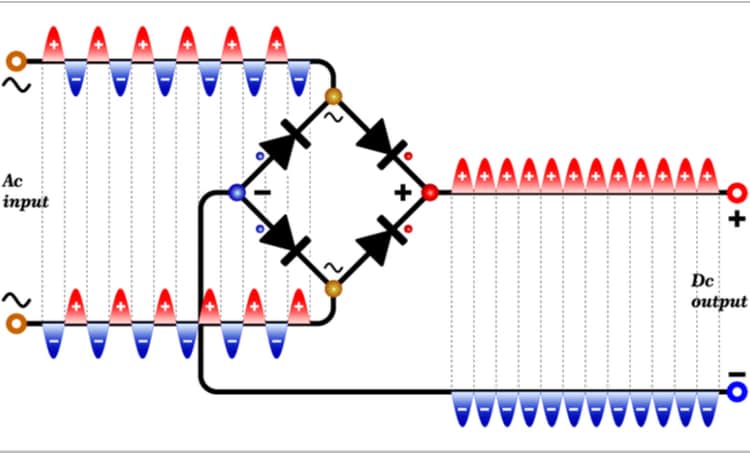 The diode bridge rectifier utilizes four diodes for rectification. Each half-cycle of the input line voltage is rectified by one pair of diagonally opposite diodes. The output DC voltage obtained is not pure DC, but pulsating in nature. The pulsating DC can be smoothed and AC components can be filtered out using capacitor filters or LC filters. From the supply side perspective, the load connected to the rectifier is paralleled with large capacitors. The load is now more reactive, which can cause the line current (current drawn from the AC supply) to go out of phase with the line voltage, reducing the power factor. The shape of the line current also becomes non-sinusoidal and injects harmonics into the system.

Apart from high current and voltage drop, the low power factor is responsible for the reduction in active power and an increase in reactive power. The low power factor demands the inclusion of higher rating switchgear in systems and increases the power consumption bill.  All these ill-effects caused by diode bridge rectifiers can be avoided by using PFC rectifiers.

During the positive half cycle of the supply voltage, the diode D1 and switch S1 conduct, and the rectifier operates in boost mode. The body diode of S2 forms the return path for current in the positive half-cycle of line voltage. During the negative half cycle, the diode D2 and switch S2 operate to give boosted DC output voltage. The body diode of S1 forms the current return path.  The basic bridgeless PFC rectifier shown above shapes the input line current to a sinusoidal shape, which is in-phase with the line voltage. The number of diodes in each half cycle operation is reduced to half of that in the diode bridge rectifier. The reduction in components reduces the conduction losses and the efficiency of the AC-DC conversion is enhanced compared to the diode bridge rectifier.