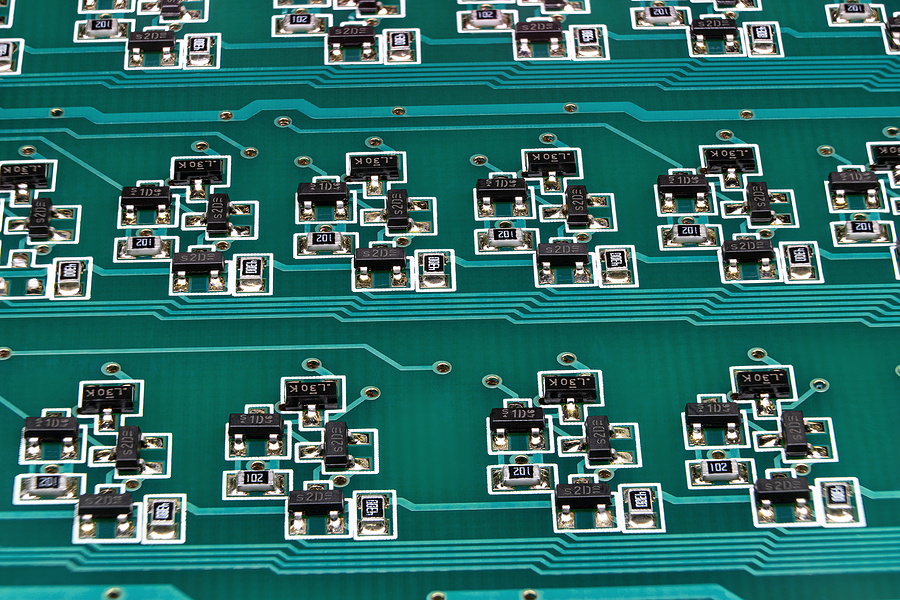 Successful EMC testing is a basic requirement for any device that will be sold commercially at high volume. The same requirements do not apply to hobby projects or designs that are produced for educational purposes. This means any designer that wants to transition to a professional working environment will need to understand where to identify EMI production in a complex layout, and particularly power systems.

Power supply design and power systems generally are an evergreen design requirement for many designers. Many of the newest applications and technology areas are related to power conversion or storage, or they rely on ultra-clean power sources with high density. In this article, we’ll look specifically at EMC in power systems.

Where EMC Arises in Power Systems

The two principle methods of noise generation and transmission are radiated emission and conducted emission. These are often discussed in digital systems, but they are also present in power systems, and noise transmission through either mechanism can cause an EMC failure. Reducing noise transmission via these two mechanisms requires different strategies, but it also requires understanding where these problems may tend to arise.

All conducted emissions, or conducted currents, must be carried by some kind of conductor. In terms of an electronic assembly like a power supply, conducted emissions could exist on the enclosure, PCB traces, planes in a PCB, cables, connectors, or any other piece of metal. These currents produce noise in two possible modes:

By default, when we look at a conductor and its reference, there is always differential-mode conduction. In the case of two currents with same phase and opposite polarity, the electromagnetic fields produced by these currents will be of opposite polarity and will strongly cancel far away from the currents. Therefore, we generally care most about common-mode emissions. 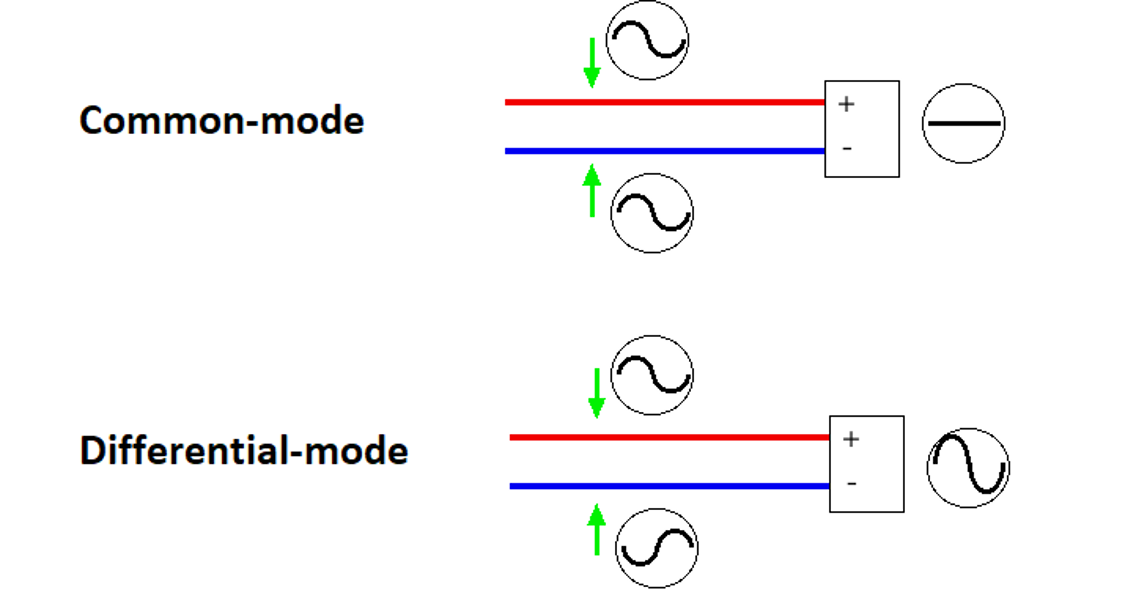 To solve the problem of excessive conducted emissions, some of the standard strategies include:

Some of the strategies for reducing these currents include using PFC circuits, using filtering chokes, or designing filters from discrete components. To solve coupling, the best strategy is to engineer a layout to reduce parasitics. The simplest way to do this is to apply appropriate amounts of ground around noise-producing circuits (like switching regulators) so that they cannot couple around a PCB.

Radiated emissions can be generated by conducted emissions, as was mentioned above, and vice versa. This means radiated noise can originate from strong common-mode currents and can cause EMC failures. However, there are other important mechanisms that can cause excessive radiated emissions.

In power systems, radiated emissions are principally caused by switching signals with high edge rate and insufficient ground shielding in the PCB to suppress the emission.

Power supply designers that work with switching regulator topologies should be familiar with some of these design challenges, and in particular they should know about the issue with emissions from a switching node. This is a well-known problem that is most easily solved by keeping ground near the switching node and inductive components.

There is no “source” of ESD per se, but rather it can occur due to sudden surges of voltage/current from inside or outside a system. In general, ESD can occur whenever a charged object is allowed to discharge into another conductor. The result is a strong pulse that propagates into the receiving object, which could include direct transfer of power into a circuit. If the human body is the receiving object, the resulting discharge could range from a mild annoyance to a serious safety hazard.

There are some cases where ESD is unavoidable, specifically whenever there is some exposed metals in the device enclosure. Make use of shielded connectors, chassis ground, and conductive shielding on other components to divert any ESD towards a safety conductor (normally the device chassis). Finally, to protect circuits, you can place ESD protection devices or circuits on any lines connected to an ESD-exposed component. For some products, the ESD environment might be too hazardous for human interaction, and a warning sign is needed to alert users of any ESD danger.

In some cases, these issues require simulation to properly evaluate system behavior and identify problem areas in the final assembly. Measurements are also important with prototypes to pinpoint areas where emissions are being generated. Make sure you understand some of the common techniques for evaluating system functionality so that you can solve EMC problems with minimal respins and re-testing.

Power systems can be challenging in terms of safety, layout, testing, and compliance. The complete set of system analysis tools from Cadence has everything you need to evaluate EMI production in your power systems, as well as simulate system functionality. Only Cadence offers a comprehensive set of circuit, IC, and PCB design tools for any application and any level of complexity.