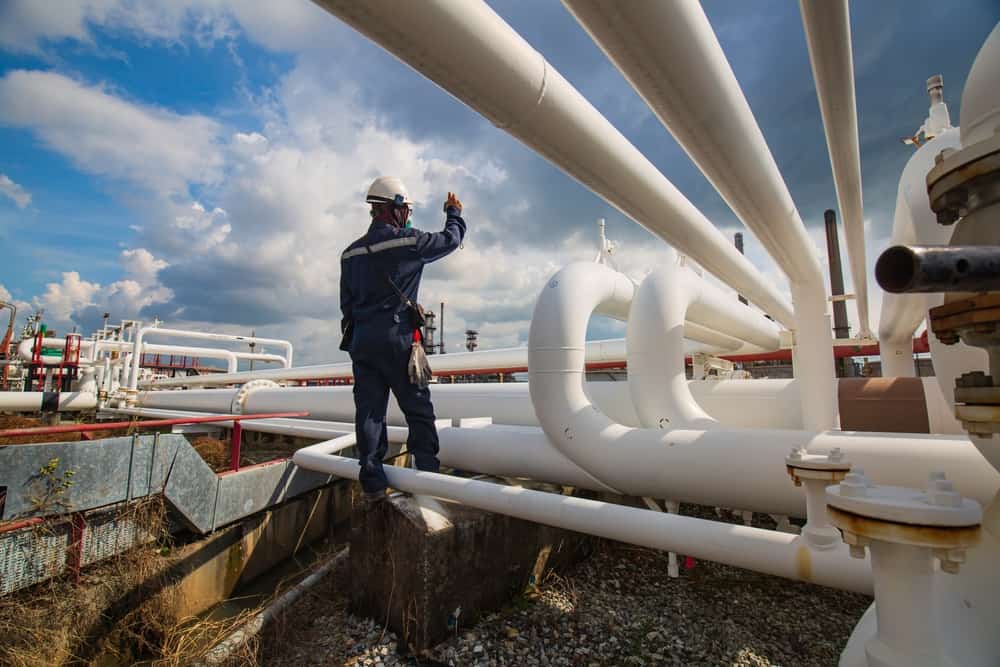 Types of Stresses on a Piping System

Stresses have devastating effects on the life of pipes. The stress acting in a direction normal to the surface of the material is called normal stress or transverse stress. The three normal stresses that need to be considered in pipes are:

Axial stress or longitudinal stress - Normal stress that acts in parallel to the longitudinal axis in the pipe. The common reasons for this stress generation are internal design pressure, an axial force acting on the pipe, or a bending force.

The piping system is subject to shear stress due to forces acting on its cross-section or torsional moments. The other stress to take into account is thermal stress, otherwise called expansion stress, which is generated when the free thermal movement of the pipe is restricted.

The flow inside a pipe can be either laminar or turbulent. Depending on the flow type, the forces and stresses acting on the fluid differ. The upcoming section describes the stresses in laminar and turbulent flows.

It is important to understand the transverse and shear stress acting on a fluid flow in order to design an appropriate piping system. The pipe material thickness and cross-section are determined by evaluating the stresses acting on the pipe in pipe stress analysis.