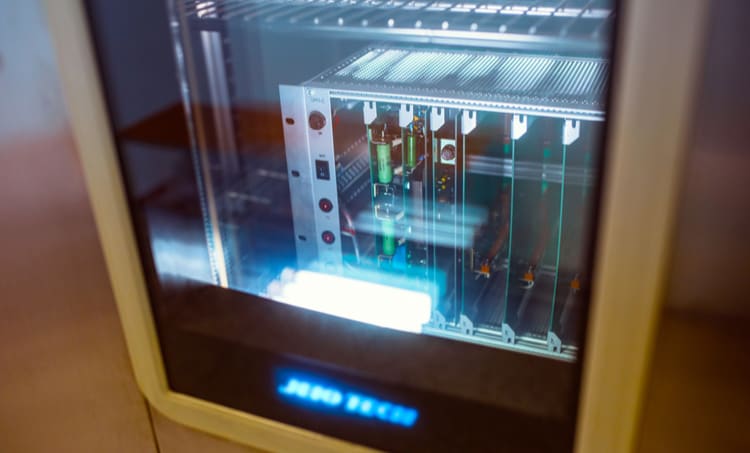 After the final cycle of the thermal shock test, the specimen is thoroughly examined visually for damages in the cases, leads, and seals, and if any damage is present, it is considered a failure. Samples of the specimen undergo electrical testing to detect electrical failure. Typical failure mechanisms accelerated by thermal shock tests are wire breaks, wire bond lifting, flip-chip bumps, die cracking, and package cracking.

The thermal cycling test is a single chamber test where the transition from hot to cold temperature or vice versa is dependent on the chamber’s ability to shift from one extreme temperature to another and the thermal mass of the specimen. The specimen is held at a stabilized temperature extreme, and the next transition occurs only after this stabilization period—called soak time. The soak time and the number of cycles of thermal cycling testing are varied to exacerbate the various failure modes in the component or device under test. Thermal cycling tests are typically performed to detect solder joint cracking, lead or terminal damages, hermetic seal failures, delaminations in PCBs, or BGA interconnect defects.

Thermal shock and thermal cycling tests should be conducted on electronic systems, components, or products to validate their reliability as early as possible. Cadence offers tools that help in examining the thermal stress and reliability of electronic designs.