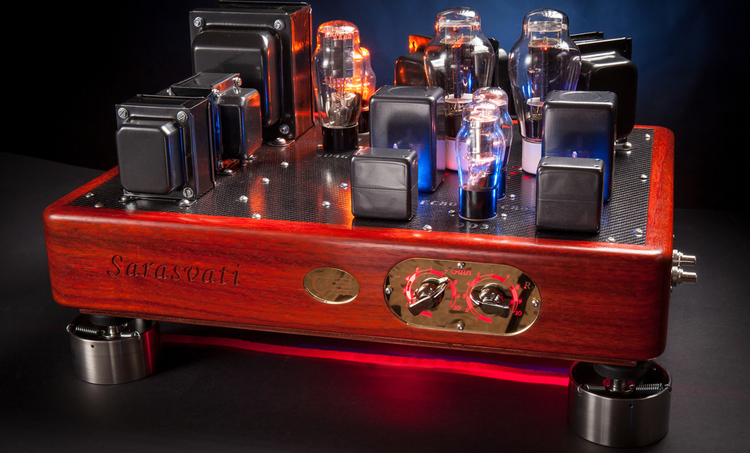 Vacuum tube amplifiers act like Van der Pol oscillators and can exhibit instability as they transition to a saturated steady-state output.

Any circuit with feedback can exhibit unstable behavior when supplied with an input signal. The most basic example is an op-amp comparator; when the input signal is above the reference voltage, the output will quickly transition and saturate thanks to positive feedback between the amplifier output and the input. This type of feedback in an amplifier might be unintentional, depending on how the PCB is laid out. Other behavior involves oscillations during a signal swing, which are related to the basic structure of all integrated circuits.

Amplifier stability analysis involves simulations and measurements to examine the conditions that may lead to unstable behavior in an amplifier. With some basic calculations and design considerations, you can predict and prevent instability in your amplifier circuits.

The goal in amplifier stability analysis is two-fold:

If you have a prototype amplifier design and you measure an unexpected signal on the output, then you need to take steps to diagnose the problem. The exact cause of instability will depend on the type of unstable, conditionally stable, or limit cycle behavior being exhibited. These behaviors are manifested in three forms: clipping, intense oscillations and transient ringing, and parasitic coupling.

Anytime the input signal exceeds the compression point in an amplifier, the output will be clipped at some maximum level. This is why positive feedback op-amps can be used as Schmitt triggers or simple comparators to produce a single bit of binary; the output will be capped at some maximum value. This is generally undesired in practical amplifiers that need to amplify a signal without distortion. In any of the following two effects, clipping can also occur via positive feedback.

Ringing and oscillations are two manifestations of unwanted driven and transient phenomena. Load components can have some capacitive input impedance seen at the load input, and the parasitic input capacitance on the load component can induce resonant oscillations and transient ringing on the output from the amplifier. This is because the amplifier output impedance, amplifier output inductance, and load input impedance form a series RLC circuit. 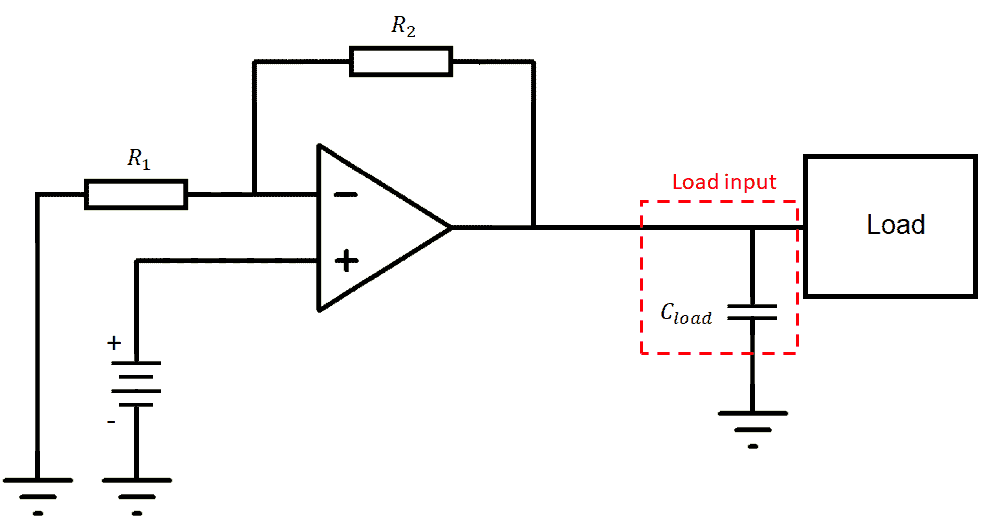 The parasitic input capacitance on the load input forms a series RLC circuit with the amplifier output impedance and output inductance.

The load capacitance, together with the amplifier output impedance and inductance, induce a pole in the amplifier’s transfer function. This pole frequency may be low enough that the pole has strong gain when the pole frequency is large. In effect, this modifies the open-loop gain to give the following closed-loop gain:

Closed-loop gain for an amplifier connected to a capacitive load.

The above equation assumes the input impedance on the load is purely capacitive, which matches the electrical properties of real CMOS integrated circuits. The solution here is to filter any oscillation induced on the output or place a series resistor on the output to overdamp any oscillation.

There is also some capacitance on the input, which will contribute to the same effects in an amplifier circuit and can add an additional pole in the gain spectrum. The solution to deal with this pole is to use smaller resistors, as this will move the pole to higher frequencies. When it reaches a high enough frequency, that particular pole will have less than unity gain and will not be visible on the output when driven at a lower frequency.

This effect can occur in high frequency amplifiers, where parasitic coupling between the output and input on the amplifier can create additional feedback. If the unintended feedback is negative, this can excite an oscillation with higher gain. For strong positive feedback, latching to a rail level can occur, although this is an extreme problem in high power RF amplifiers. Parasitic capacitance arises between the output and input in the following manner: 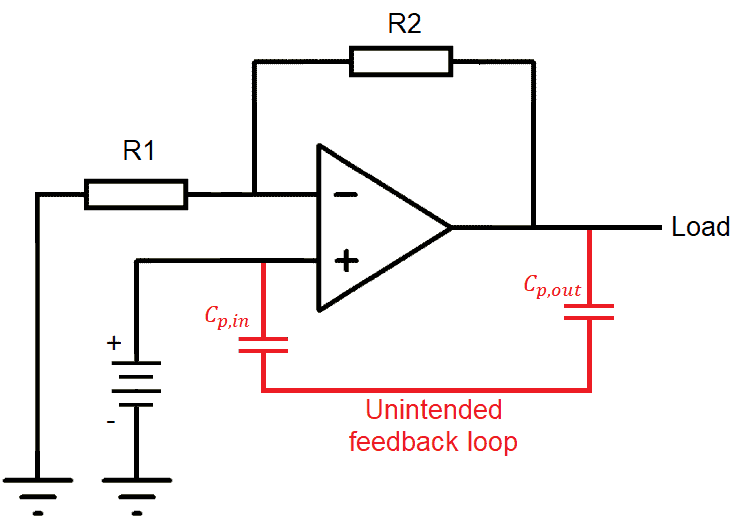 Unintended feedback arises due to coupling via the ground plane.

The non-inverting input is shown above, but coupling can also arise back to the inverting input. This parasitic capacitance is present in the input/output feedlines and pads in the amplifier layout. If there is large parasitic capacitance back to an input, the higher frequencies in the output signal can experience strong positive feedback. This leads to oscillation, signal distortion, and even latching in high frequency broadband amplifiers (usually operating at GHz frequencies).

There is one universal metric that can be used to quantify stability for any amplifier circuit: the K-factor, as originally published in “Stability and Power-Gain Invariants of Linear Twoports” by John Rollet (1962). The K-factor is defined in terms of the 2-port S-parameters for the amplifier circuit:

Electronic amplifiers are inherently nonlinear until you get close to the compression point, where the output will start to saturate. To properly calculate the K-factor, you’ll need to take two approaches, depending on the input signal level:

Once the layout has been completed, you can use PCB layout software with an integrated field solver and network extraction tool to determine the S-parameters for your amplifier circuit. You can then use the extracted result to calculate the K-factor. Note that these simulations only consider the linear regime for S-parameter calculations, but they will give you broadband stability results.