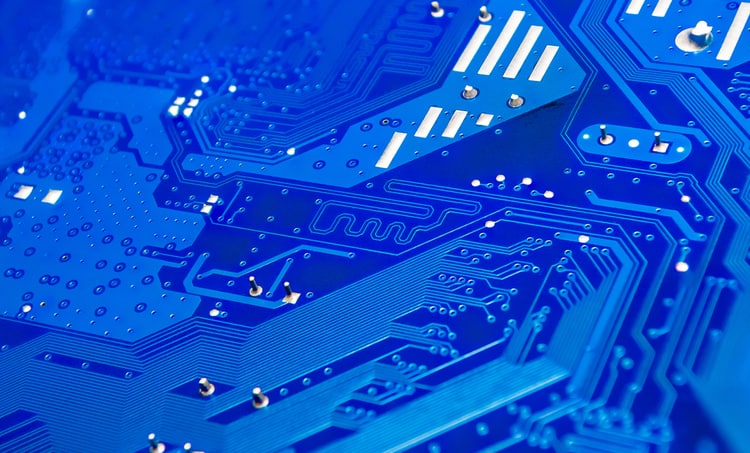 The vias on these differential pairs have their own impedance, which can create signal integrity problems on long interconnects

High speed PCBs and signaling standards almost entirely use differential pairs with precise impedance, length matching, skew compensation, and loss budgets. Designers need tools to help them design to these important differential signal integrity goals. This is about more than just accurate impedance calculations; it requires understanding how differential signals interact with every feature on an interconnect. This includes connectors, cables, components, and vias.

Among these features on an interconnect, vias should appear in a differential arrangement, just like a pair of traces. The via pair will have its own differential impedance, thus it will also have its own set of network parameters (i.e., S-parameters). If you’re designing a very high speed board with differential via routing, keep reading to see what factors affect differential pair via impedance.

Just like a trace on PCB, vias have their own impedance, which is often described using lumped circuit models, similar to a transmission line. By understanding how a via can act like a simple inductor, LC circuit, and as a pure capacitor, it’s easier to spot how the structure of a via and nearby parasitics will influence the via’s differential impedance.

The following factors will combine to determine the characteristic impedance of a single via:

The procedure for calculating the differential impedance of an interconnect with a differential via transition is iterative; you calculate the input impedance from the receiver end and work backwards to the load end. To see how this works, consider the diagram below. We have a differential pair being routed through a via mid-way between driver and receiver components. 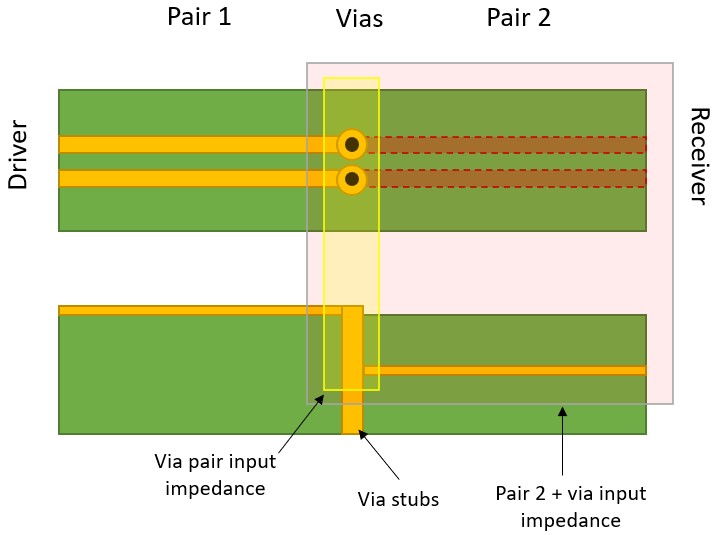 This input impedance will determine reflection at each section of the transmission line. For differential signals traveling through a via pair, the input impedance at the via pad might look like the differential impedance of Pair 2, depending on the length of the via and the propagation delay.

If it’s not evident from the above discussion, we can summarize the above points as follows:

Use Short Vias and Short Stubs

Determining when each condition applies requires looking at the critical electrical length of the vias. In general, for signals with bandwidths spanning up to ~100 GHz, you will need both short differential via pairs and backdrilled via stubs. This solves two problems, but it creates more complexity in routing and stackup design, and it increases the total cost of the system.

To fully summarize the behavior of the via pair, we need the differential mode S-parameters. When the differential pair via impedance creates a mismatch with the section’s input impedance, there will be some return loss. The total loss (return loss plus insertion loss) in a high speed channel needs to be compared with the loss budget in the differential channel, and the loss budget will be specified in your receiver specifications. The best PCB design software will include a 3D field solver you can use to calculate S-parameters and other network parameters directly from your PCB layout.

When you need to calculate or simulate differential pair via impedance and S-parameters, use a set of PCB design and analysis tools with integrated field solvers and analysis features. Cadence offers a range of applications that automate many important tasks in systems analysis, including signal and power integrity analysis through an integrated set of field solvers.