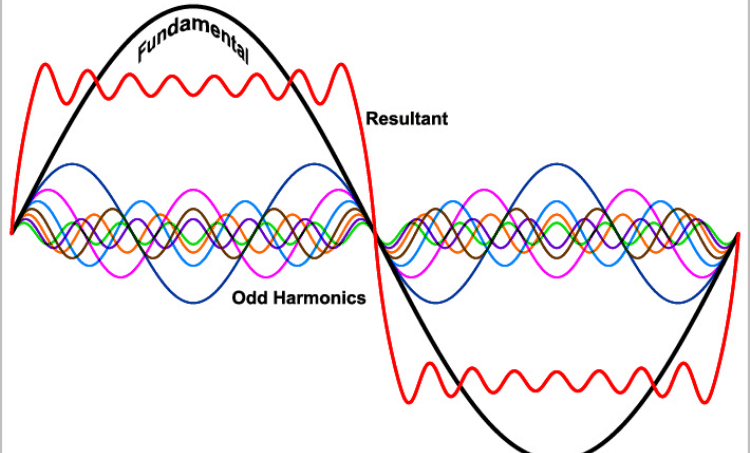 With feedback, the overall gain of an amplifier is reduced to:

The Impact of Negative Feedback on Distortion

The reduction in distortion is a desirable characteristic of negative feedback. The non-linearity of an active device in a basic amplifier distorts the sinusoidal input by flattening the peaks. The feedback voltage vf gets subtracted from the input voltage vi to make the net input equal to v’i to the amplifier. Since the peaks of the vf are flattened when vf is subtracted from vi, the peak of resulting output voltage v’o will become more peaked. The net input voltage v’i is pre-distorted so that it partially compensates for the flattening caused by the amplifier. When the peaked input v’i gets amplified, the output will typically be sinusoidal, because the amplifier always tries to flatten peaks.