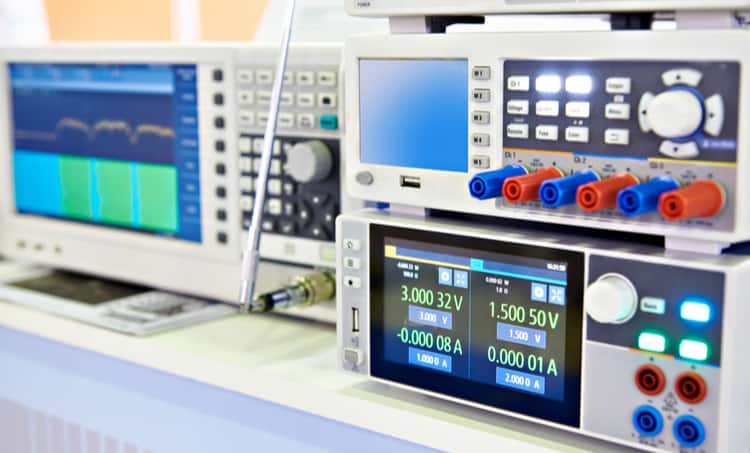 High-speed PCBs and high-frequency PCBs must go through a battery of tests to ensure reliability and conformance to industry standards. Many of these tests are performed by laminate vendors or PCB manufacturers, which will help ensure conformance to safety and environmental regulations as well as basic electrical requirements. There are also EMC tests to consider, especially when a design is intended to be produced at high volume and released to market.

One area where a design team will be responsible for ensuring performance is in the area of signal integrity. Basic signal integrity testing procedures may need to be performed when a designer produces a prototype with high-speed channels to ensure the product will work as intended. Getting through testing successfully requires using the right instruments as well as comparing data with simulations to fully evaluate product performance.

What to Investigate in Signal Integrity Testing

Some of the basic things to investigate in signal integrity testing are critical for the performance of a system and involve directly examining signal behavior in a board:

Signal integrity testing does not always rely on measuring signals directly. In some cases, you can’t do this directly and expect to obtain an accurate measurement of the signal, especially with an assembled prototype. Instead, you might have to measure something else with a prototype board or design a test board that includes fixtures that can be used for specific measurements.

The equipment shown below is a cross section of some of the most common signal integrity testing equipment found on the market. 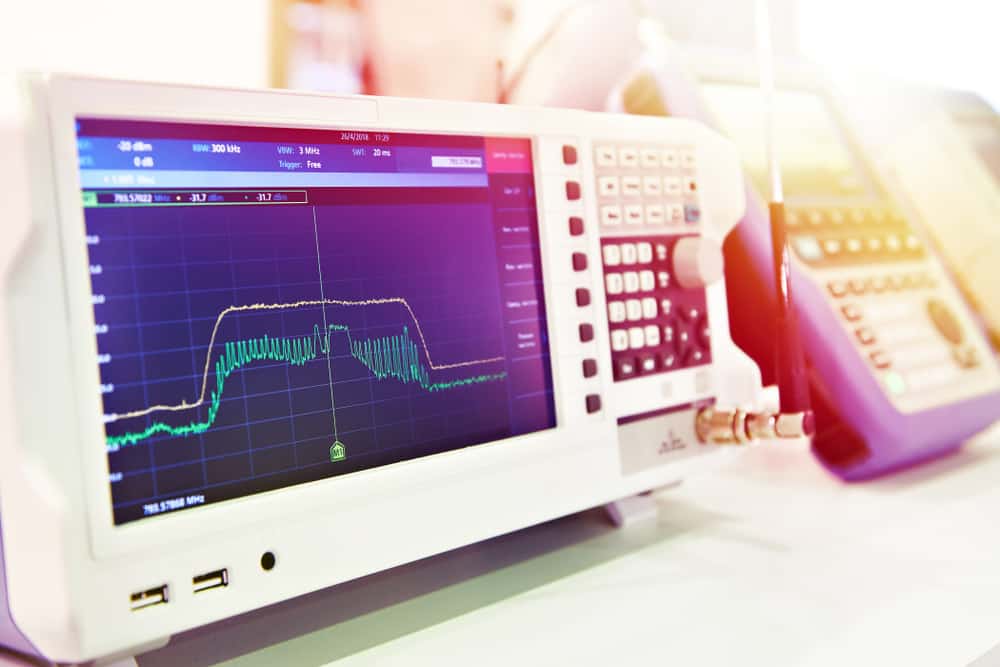 This is the primary tool used to reconstruct signal measurements into the time domain, which allows things like ringing, ISI, jitter, and differential skew to be measured directly. Some oscilloscopes can be configured as bit error rate testers for high-speed channels. Note that modern oscilloscopes should have significantly higher bandwidth above the limit defined by 0th filtering to ensure ringing artefacts are not present on reconstructed time-domain signals. 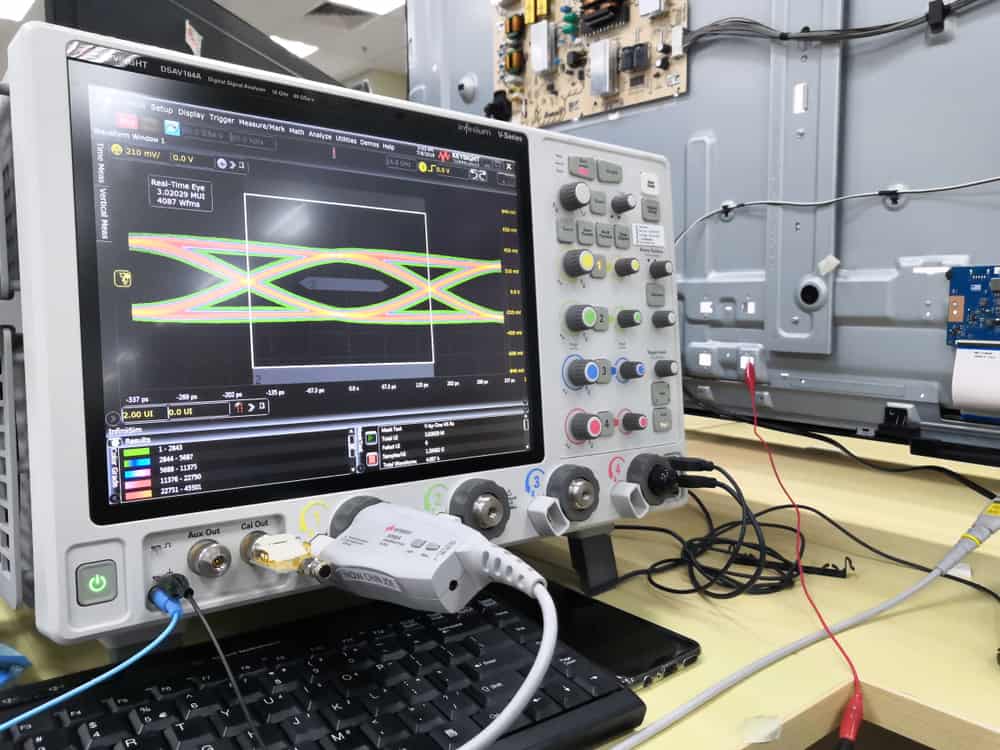 This tool is used to detect breaks, cracks, or low-quality fuses in fiber optic cable, but it can also be used to measure the impedance and attenuation of a transmission line or waveguide. In this measurement, a pulse is sent down the input side of a test line, and any reflections along the line can be measured on a graph in the time domain. The measurement also allows the attenuation between the input and a reflection to be measured by comparing the peak signal power in the reflected pulse with the input. 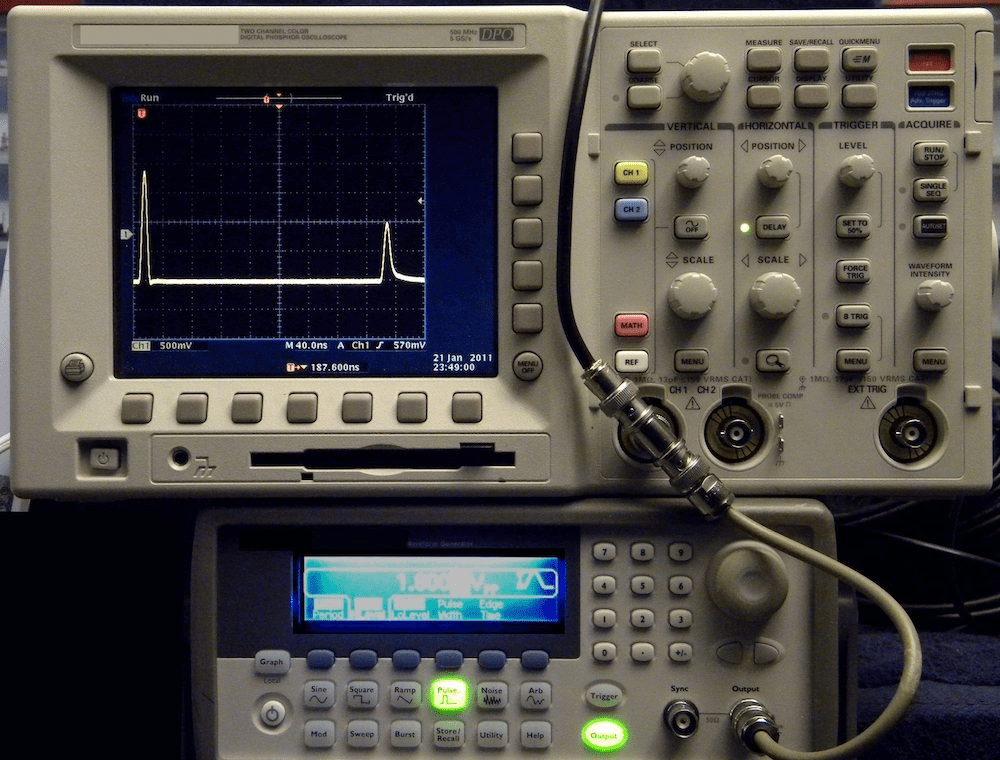 This simple device is used to measure near-field EMI emitted from a circuit or group of components. This device is very useful for tracking down an EMI problem that might originate as a signal integrity or power integrity problem. Examples include poor grounding during routing (e.g., in a layer change) that can produce radiated EMI or power bus noise that excites high-frequency cavity modes. These probes should generally have a high attenuation ratio (10:1) so that the radiated signal can be properly resolved with an oscilloscope or spectrum analyzer. 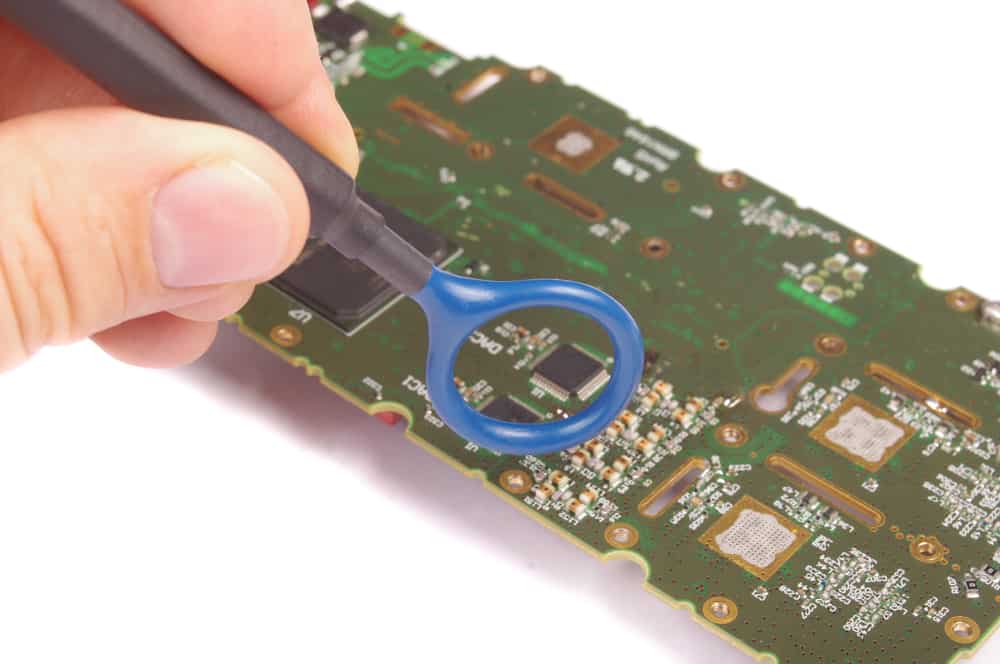 The exact list of points to simulate depends on specific design and performance standards. No matter what needs to be simulated, you can simulate your intended physical layout and test boards with the right design tools. These simulations require an integrated 2D and 3D electromagnetic field solver, as they are being performed in the PCB layout, not in a circuit schematic with a SPICE simulation. When you can quickly connect your physical layout with a 3D field solver, you have a solution that helps expedite design, testing, and simulation.

The complete set of system analysis tools from Cadence include integrated simulation features and PCB layout utilities to help you get through signal integrity testing. Designers can perform advanced simulations like full-wave EMI calculations, S-parameter extraction, and much more. Multiphysics problems can also be examined, such as electro-thermal co-simulation in a high-speed PCB layout. This set of simulation features forms a complete systems design package for any design and level of complexity.