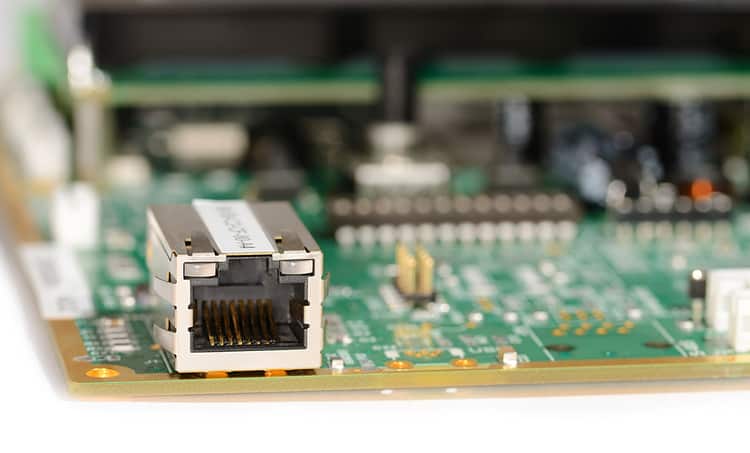 Printed circuit boards (PCBs) are indispensable parts of high-speed internet connections and fast ethernet buses. In these circuit boards, transmission lines are used to carry high speed and high bit-rate signals, and, ideally, they should be lossless. However, the vulnerability of transmission lines to signal reflections, crosstalk, and noise is so high that it poses a serious threat to signal integrity.

Considering the relationship between the geometry of the signal trace and return path mentioned above, we can write return path resistance as:

Equation (1) can be rewritten by substituting equation (2):

The resistance of the signal trace and return path offers resistance to the flow of current, and this is the cause of conductor loss in a transmission line.

The Dependency of Signal Frequency on Signal Trace Resistance

As the conductor resistance increases, conductor losses also increase. The skin effect is more predominant in traces carrying alternating signals of high frequencies. Incorporating skin effect into equation (4), T is replaced by 2ẟ, where ẟ is the skin depth of the trace where the current concentrates. The current utilizes the entire periphery of the transmission line conductor, therefore, 2ẟ is included in equation (5):

The term R/Z0 corresponds to conductor loss and GZ0 corresponds to the dielectric loss, where R, G, and Z0 are resistance, conductance, and characteristic impedance of the transmission line per unit length, respectively.

Using trace material of high conductivity is one solution to overcome conductor loss in a transmission line. Modifying the trace length and width is also effective in reducing conductor loss. However, practical difficulties may arise with this geometry design modification. The amplitudes of currents, electromagnetic interference (EMI), and radio frequency interference (RFI) are some things that limit the modification of the trace geometry.