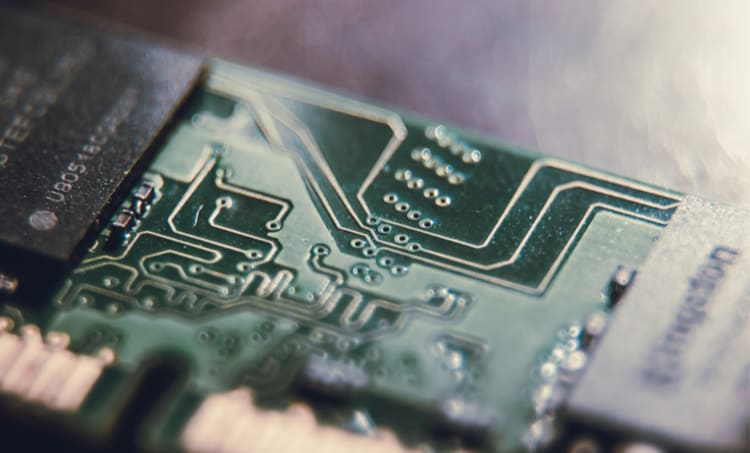 In high-frequency circuits or high-speed digital systems, a differential signaling scheme is employed. As we discussed, this scheme uses a pair of lines that are identical and uniform. The distance between the two lines or traces remains the same throughout the length of the differential pairs.

We can summarize that, theoretically, in differential pairs, there are two return paths: the adjacent trace (trace 2) running parallel to trace 1 and the ground plane. In high-frequency systems using differential pairs, unbalanced currents, or ground currents, take the path with the least impedance. To be precise, the current flows through the least inductance path. To keep the inductance small, the loop area should be kept as small as possible. Placing the ground plane underneath the differential pairs is the best technique to reduce the loop area and the impedance.

The Geometry of Differential Pairs and Discontinuities in Reference Planes