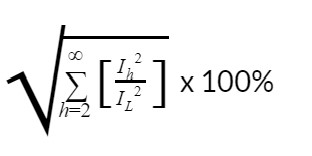 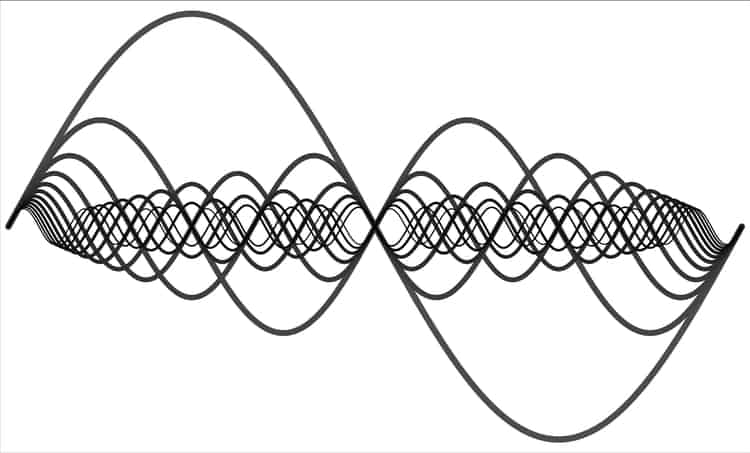 Sometimes, without any visible reason, we face torque pulsations in electric motors, increasing temperatures of conductors, or flickering lights. These problems may seem mysterious, but they have a similar cause: harmonics in the electric supply voltage or current.

Harmonics can cause major power quality issues and there are various measurement indices used to describe the power quality of the supply when harmonics are present. Total harmonic distortion (THD) and total demand distortion (TDD) are the most commonly used classical indices to summarize the harmonic level of the electric supply voltage and current.

In this article, we will focus on TDD.

When it comes to current harmonics, we can't completely rely on the current THD index, as the fundamental current changes with load variations. Current in the circuit or system can be full load current for a duration of time or can get reduced according to the load.

Considering the load variations in the circuit or system, it is not advisable to follow the current THD, which is the ratio of summation of current harmonics to fundamental current. Current distortions are instead measured using TDD.

TDD is the calculated harmonic current distortion in an electrical system against the full load demand. TDD can be mathematically expressed as:

The impact of current harmonic distortion in a system can be understood from the TDD value. TDD condenses the harmonic information in a current waveform without depending on the time function of the waveform.

The current THD and TDD share the following relationship:

I1 is the magnitude of the fundamental component of current. A high THD value with low TDD indicates any harmonic effects on the system are insignificant. At full load, THD and TDD values are equal and this is a matter of serious power quality concern. TDD can describe the current distortion as a percentage of full load demand current and it is the best power quality index to explain current harmonics at the consumer end.

The TDD value provides information regarding the linearity of the load connected to an electrical system. Current distortion is less when the loads are linear, therefore, the TDD value is low in those cases. When the load introduces non-linearity to the system, the TDD value increases. If the percentage of non-linear loads is small compared to the full system load demand, TDD is less.

The harmonic voltage distortion of the general distribution system that attributes electricity consumption depends on the current harmonics and impedance of the system at different harmonic frequencies. Electricity consumers are connected to a power system at Point-of-Common Coupling (PCC). The Short-Circuit Ratio (SCR) defines the system impedance and is significant, as the impedance is influenced and limited by the short-circuit current in the system. The SCR describes how great of an effect the voltage harmonics have on the power quality of the system as a result of the current harmonics produced by a consumer.

SCR can be expressed as:

ISC is the short-circuit current. Lower ratios of SCR indicate that the short-circuit current is very small. Such a system has high impedance, leading to less current distortions, and therefore, less TDD. The IEEE 519 standards connect TDD and SCR values. It is the customer’s responsibility to keep the current harmonics and TDD below these recommended limits. To encourage this, some electricity companies have proposed a fine for customers who cross the TDD limits at PCC.

Working to eliminate harmonics is important for quality electricity generation and distribution. As long as consumers adhere to these standards, our systems can run on a comparatively less harmonic power supply. To get a reasonable and realistic understanding of current harmonics, the total demand distortion index is the best power quality index to use.