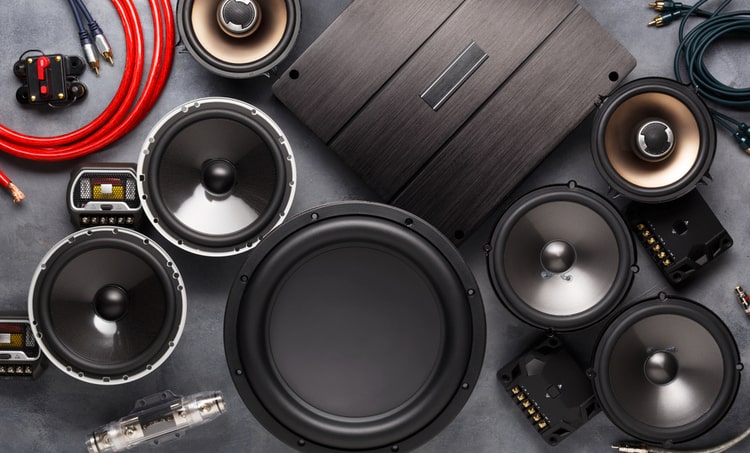 Amplifiers are critical to electronic circuits

There are three configurations of transistor amplifiers:

If the aim is to increase the amplitude of an AC signal, a common-emitter transistor circuit is designed. Common-emitter configurations are the most widely used type of transistor amplifier, due to their high-efficiency and positive gain greater than unity.

In a common-emitter without emitter degeneration, the bypass capacitor CB1 makes the ground connection of the emitter, so this configuration can also be called a grounded emitter. When this transistor amplifier is designed, the value of resistor RC is chosen to match the amplifier gain requirements. The gain of this amplifier is directly proportional to the resistor  RC  value.

In common-emitter configurations without a bypass capacitor, the bias stability and gain of the amplifier depend on resistor RE. This transistor amplifier design gives more importance to the  RC  and  RE  values, as the gain can be controlled using them.

A common-emitter degeneration amplifier with a bypassed emitter resistor with series emitter resistor has a bypass capacitor that connects the resistor  RE1  to the ground for high-frequency signals and bias stability. Even though the gain of the amplifier is dependent on  RC  and  RE1, designers usually keep RC constant and RE1 as a variable for gain control.

In a common-emitter degeneration amplifier with a bypassed emitter resistor with a parallel resistor, the RE1 value is considerably smaller than RE, making the low impedance path for high-frequency signals through the bypass capacitor. In this configuration, the gain is controlled by keeping RC constant and varying RE1. The merit of this design is that the DC biasing of the amplifier is not dependent on the RE1 value, so the designer can set the RE1 value once the DC bias is fixed.

Let’s examine the steps involved in designing a common-emitter transistor amplifier without emitter degeneration. In this transistor amplifier specification, some parameters such as bias voltage, collector current, input resistance, the input AC signal, load resistance, gain, and output voltage can be given according to how the amplifier is designed. Next, let’s consider the given values: bias voltage VCC,  collector current IC, input resistance Rin, and load resistance RL.

To calculate the value of RC, we can use equation (1), below. The values of VCC and IC are known. For symmetrical output, the maximum possible value of voltage VCE is 0.5VCC. So, by substituting these known values and rearranging the equation, we can obtain equation (2), allowing us to calculate RC. 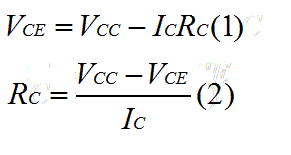 The emitter resistor RE is usually set as 10% of the resistor RC:

Using the IB and IC values, the emitter current IE can be calculated with the following equation: 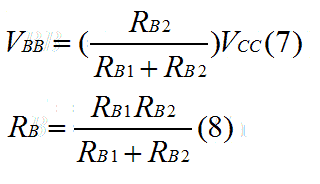 The base voltage can be given as:

The coupling capacitors can be calculated using the following equations: 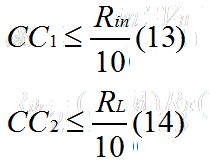 The variants of common-emitter transistor amplifiers with or without degeneration can be employed to satisfy amplifier requirements in electronic applications. Basic common-emitter transistor amplifier design can be carried out by following steps 1 through 9,  provided the values of VCC, IC, Rin, and RL are known. Depending on the parameters given in amplifier specifications, various equations are derived from the amplifier circuit diagram, which supports the design of the amplifier components.