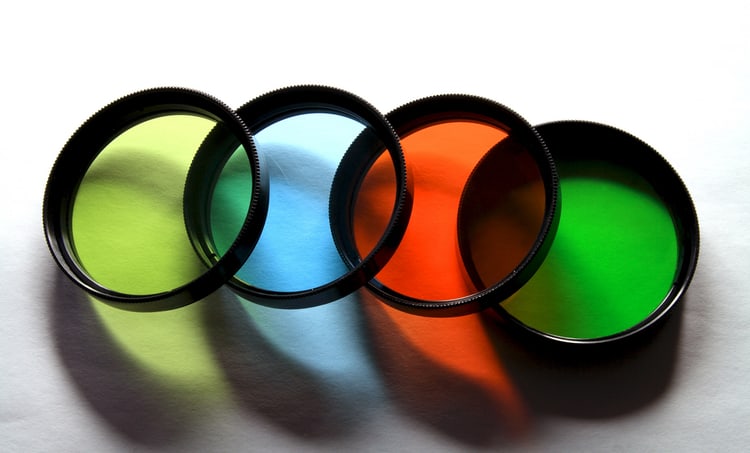 RLC circuits are so ubiquitous in analog circuits that many modern applications can’t operate without them. These circuits provide essential functions like filtering with simple component arrangements, and they make possible a range of applications as diverse as antenna impedance matching and PDN decoupling. Because the function of an RLC filter can get a bit complex, it’s not always obvious how they enact filtering action at the output port. In addition, there can be multiple circuits that produce the same type of filtering behavior, but with different bandwidth and rolloff.

Types of RLC Band-Stop Filters and Their Transfer Functions

Band-stop filters can be built from passive linear components or from an active filter circuit like an op-amp (see below for an example). Building these circuits using RLC circuits is simplest and the transfer functions for these filters are easy to analyze. RLC band-stop filters come in two forms:

The functions in the above image are the transfer functions for each circuit. Simply plot these as a function of angular frequency to get the transfer function. In the above example, we can see that there is a resonant frequency, as is generally the case in RLC circuits. At resonance, the behavior in each circuit is different and depends on the reactive nature of the LC section. To better understand how these measurement positions give band-stop filter transfer function behavior, let’s analyze each of these circuits in terms of behavior at resonance.

In the series RLC circuit, the impedance of the series LC section drops to zero at resonance. In this case, the current in the circuit is maximized, but the output voltage is zero because the output impedance is zero, according to Ohm’s law. This is found by taking the limit at the resonant frequency in the transfer function:

In this way, the resonant frequency is a zero of a band-pass filter transfer function. Pole-zero analysis in a SPICE simulation can be used to identify zeros in the transfer function when an equation for the system is not known. The same applies in a parallel LC version of a band-stop filter, as shown below.

In the parallel LC tank circuit with the series resistor, we can take the same limit to see what happens at resonance. In this case, there is an infinity in the denominator and the transfer function converges to zero at resonance. We have the same effect; the impedance in the circuit is infinity at resonance, thus the current in the resistor will be zero and the output voltage will be zero.

In our opinion, active filters don’t get the attention they deserve. However, if you understand something about op-amps, you can design a band-stop filter circuit with a precise stop band by engineering the feedback loop to have zero gain at a specific frequency. The closed-loop gain in an op-amp is normally designed with resistors to provide a flat frequency response throughout the amplifier’s bandwidth. However, filtering can be applied to the gain curve with L and C elements.

The diagram below shows one common way to implement band-stop filtering in an op-amp. This is done on the output, where the LC string shorts the output voltage to ground at resonance. Another possibility is to place the series LC circuit inside the feedback loop. At resonance, the feedback loop will have zero impedance, which will set the gain to zero.

This is only an active filter in the sense that there is a band-stop filter attached to the output that will shunt current to ground within a specific bandwidth. Here, the value of R2 will determine the bandwidth of the series LC filtering section. Note that the resonant frequency of the LC section will need to fall inside the bandwidth of the op-amp to observe any useful effects. You can evaluate the transfer function of the R2-L-C voltage loop using a standard SPICE simulation with a frequency sweep.

When you need to simulate your band-stop filter transfer function, use PCB design and analysis tools with integrated circuit simulation and analysis features. Cadence offers a range of applications that automate many important tasks in systems analysis, including signal and power integrity analysis through an integrated set of field solvers.