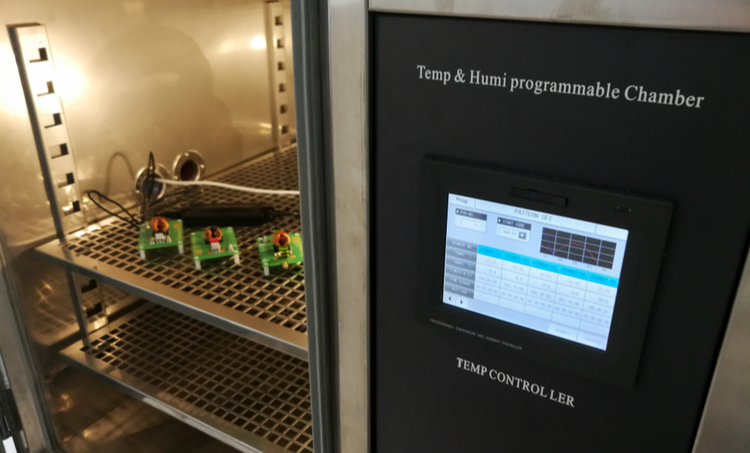 This humidity-controlled oven can be used for long-term thermal testing of electronics.

Thermal testing standards may seem like an inconvenience, but they’re the last step for manufacturers to find and remove faulty components from a fabrication line. Once the board is assembled, it should be thoroughly tested to ensure it can withstand testing demand specified in the IPC standards. Both component makers and PCB manufacturers need to understand thermal testing of electronics, and PCB designers should understand how to design their boards so that they are more likely to pass inspection.

When you’re planning to manufacture your board, make sure you understand the tests your board will need to pass to ensure long life and high yield. Standards on thermal reliability tests include IPC and MIL-STD requirements, while JEDEC has created test requirements for semiconductor components.

Types of Thermal Testing of Electronics

There are different types of thermal tests for electronics, which are designed to identify failing components and check that a board was designed to be reliable. Thermal testing of electronics should be performed at two levels:

In addition to these two levels of tests, there are two general types of tests that can be performed to remove faulty components and unreliable boards. These are transient shock tests and accelerated life tests, where the former includes long-term temperature exposure and thermal cycling tests. These testing and qualification standards are intended to examine a PCB from the following three perspectives:

Boards and components should be inspected before and after being exposed to test conditions to verify overall reliability. Inspection procedures may involve flying probe testing or X-ray testing for mechanical inspection (especially for BGAs). 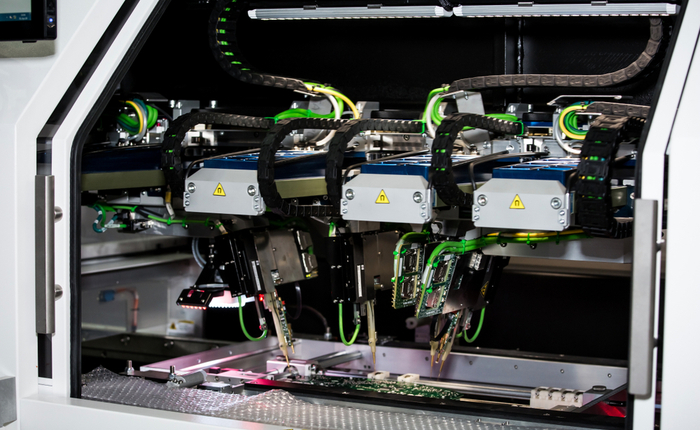 After exposure to test conditions, a board can be put through subsequent electrical inspection.

The shock and cycling tests used in PCBs are designed to identify any points on a PCB that might fail in extreme temperatures. The two tests are very similar; the difference is that thermal shock tests reach a higher temperature over a shorter period of time. One thermal shock test method, known as highly accelerated thermal shock (HATS), uses a cycle time as low as five minutes. Other test methods can be found in the IPC-TM-650 2.6 and MIL-STD-202G standards.

Thermal cycling tests are performed in a special cycling oven that is capable of reaching a broad range of temperatures (typically -60 to 140 °C). These ovens do not need to be fast, and they require a hold time at an isotherm to assure all samples in the oven reach the testing temperature. Once held at the test temperature, the PCB substrate and the components age during the hold time. This type of accelerated life test mimics long-term operation of the device at the specified test temperature.

One type of accelerated life test specifically for components is burn-in testing. In this test, components under test are placed on a special board and are held above their rated maximum temperature (typically above 125 °C). After a certain amount of time, some of these components will fail before their rated lifetime. Operating conditions for this test can also include powering up components above rated voltage/current, input/output frequency, or any other conditions.

Results from lifetime tests are normally plotted in a “bathtub curve,” which contains an unfortunately-named region called “infant mortality” to describe components with short lifetimes. To construct this curve, a large batch of components is set aside and tested over a long period, and the components are periodically tested electrically. The failure rate between each test is then plotted against time; a typical curve is shown in the graph below. 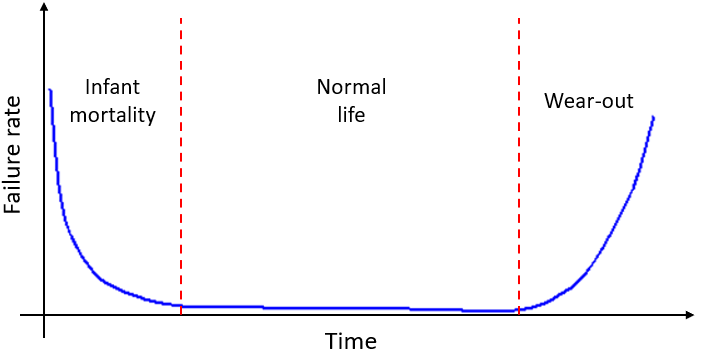 In this example bathtub curve, the point where the curve starts to flatten is the minimum burn-in time for the component in question. In terms of thermal testing, this allows a high volume manufacturer to determine the ideal accelerated testing time required to eliminate all components with short lifetime.

Although this accelerated lifetime methodology is normally used for components, the same techniques can be applied to thermal testing for an assembled PCB. This is only meaningful for high volume manufacturing runs, where taking a small number of finished boards off the assembly line for testing does not create a significant impact on cost. Once root causes of failure in each board are identified, these can be marked for a redesign. To learn more, read our article on designing your PCB to ensure thermal reliability.

Results from thermal testing of electronics should be used to identify causes of failure and inform redesigns for your circuit board.