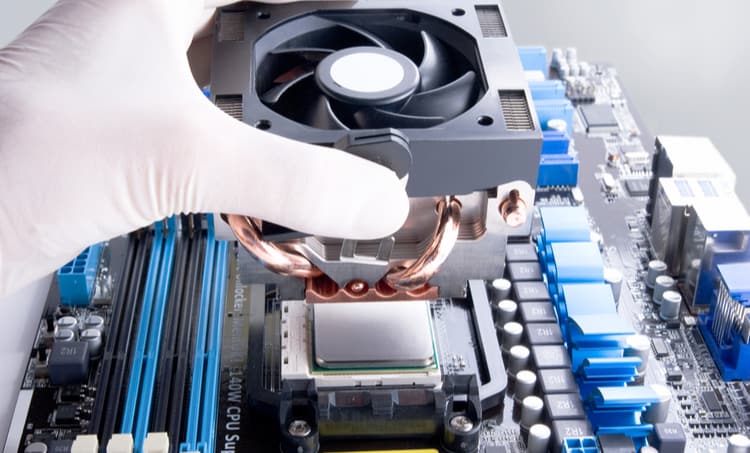 This cooling fan is just one element that determines how your PCBs and components approach a thermal steady-state.

Once you turn on your circuit board and it starts consuming power, components will start generating heat and your system’s temperature will start increasing. When designing your system for reliability, it helps to see where heat is flowing and how this relates to the location of components around the board. Eventually, your board’s temperature will reach a steady-state, where the temperature stops changing as long as the heat sources in the board are steady.

Temperature in the Steady-State

If you want to take greater control over the temperature distribution in the board, you really need to control how heat flows in the steady-state in your PCB. Sure, you could control heat flow by placing the board into an icebox or refrigerator, but a more elegant strategy requires tracking heat flow throughout the board as it runs. To do this, you need to look at the temperature distribution in the steady-state.

Heat flow in due to a heat source, S(x), in a system with heat constant, k. The heat flow rate is proportional to the gradient of the steady-state temperature distribution.

The first equation shown above gives the double integral used to calculate the steady-state temperature distribution for any source function, S(x), and heat constant, k. Mathematically, the equation for T(x) is found by setting all time derivatives in the heat equation to zero and integrating the result. In a real system, such as a PCB with a large number of components, k will be a complex function of space and is included in the integral. In any case, the resulting heat transfer rate Q through an area A will be a function of space. This formalism can be found in almost any partial differential equations textbook.

A multiphysics field solver can be used to determine the steady-state temperature distribution in your PCB or IC package quite easily. These types of simulation utilities can include airflow, due to a fan or natural convection, in addition to conduction. A steady-state thermal simulation proceeds quite quickly compared to a transient thermal simulation in the same system. To determine the distribution of the heat transfer rate throughout the system, you need to use the following high-level procedure:

The image below shows an example temperature distribution for a power MOSFET determined in a 2D steady-state simulation. The gradient can then be calculated in this image numerically. 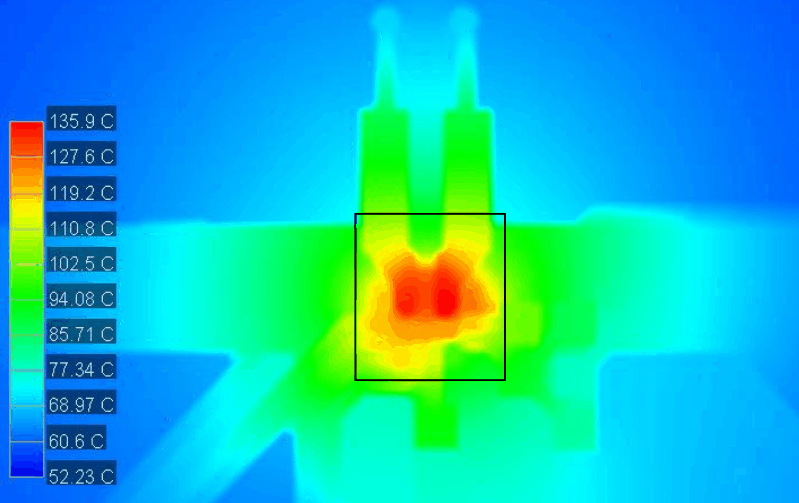 In this power MOSFET simulation, the core temperature reaches well above the typical CMOS temperature rating.

This type of post-simulation analysis (steps 4 and 5) is simple enough to run with numerical temperature data in 3D. The goal here is to map out how heat moves through the system and identify locations where heat might be removed. The image below shows the thermal gradient in the above IC package calculated with Image. 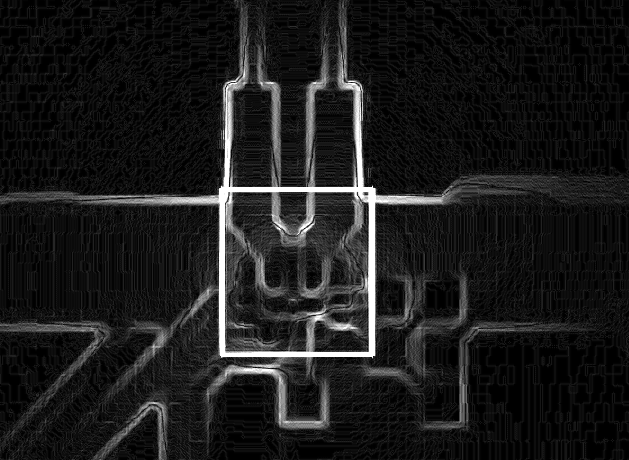 Thermal gradient of the MOSFET package in the above image.

The white box shows the package outline. We see high gradients across the boundaries of the conductors in this system. This data can then be exported as numerical data and multiplied by an image showing the heat constant distribution in the system. The same process can be used with other IC packages or a 3D simulation in a PCB.

Once you identify areas with high gradient, you can take steps to increase the thermal conductivity in this region (such as adding metals or coatings) to more quickly remove heat. You can then use your layout tools to make the required design changes and run the simulations again for verification. Integrated simulation tools can help you visualize temperature and heat flow in your system, as well as perform steady-state heat transfer analysis.