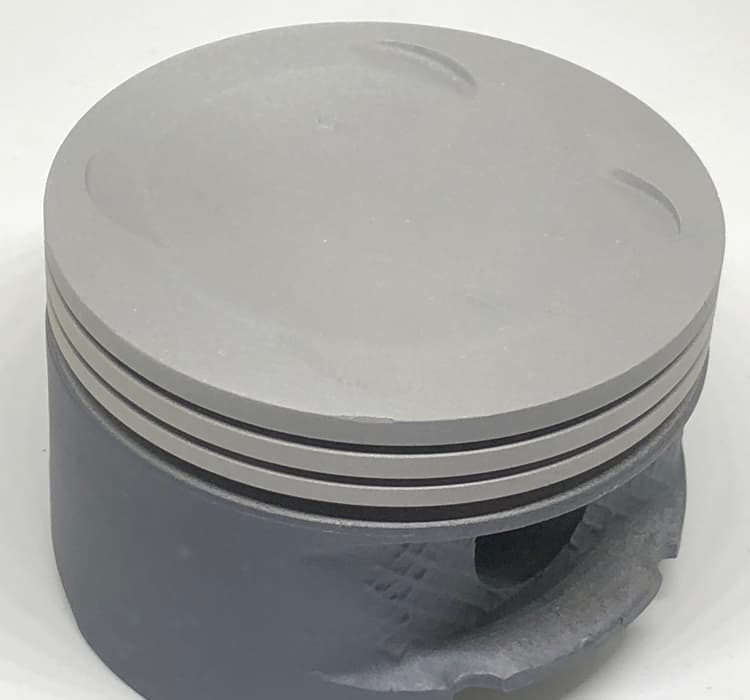 A TBC is scientifically proven to be one of the factors that improves the overall performance of power generating units. TBCs accomplish this by slowing the component’s rate of degradation caused by heat flux. Coatings help maintain a thermal gradient between the metal surface and coating surface, enhancing the working temperature range and efficiency of the power generation system.

The Structure of Thermal Barrier Coatings

TBCs are employed in aviation, automotive, power generation, and marine industries to provide thermal insulation to any metallic parts that get heated. They are useful in reducing temperature and are a critical part of heat management in engineering systems.

The TBC forms a barrier to the flow of heat. When the working system gets heated above the melting temperature of the metals, there is a chance of failure. Coating the metal substrates with a TBC supports the operation of the system above the melting point, increasing efficiency and performance. As the TBC coating minimizes the metal surface temperature, it insulates the electronic circuits and other related components in the system encased by the metal covers and improves the durability of the components.

A TBC is a layered coating on thermally loaded metal substrates. It consists of four layers that can be described as follows:

Ceramic thermal barrier- This layer comes immediately after the metal substrate. It provides thermal protection and prevents the erosion and corrosion of metal due to high temperatures.

Bond coat- The oxidation of the metal, the thermal mismatch between the metal substrate and the TBC outer layer, interdiffusion between metals, and layers can be prevented by the bond coat. One example of a bond coat compound is low sulfur platinum aluminide.

Topcoat- This is the outer layer that comes in direct contact with the ambient. It is used to maximize the thermal drop across the thickness of the TBC. Yttria stabilized zirconia (YSZ) layer is a common topcoat used, due to its low thermal conductivity.

When selecting the TBC layers, there are certain material characteristics that need to be evaluated. Once these characteristics are satisfied, we can say the TBC is good enough to block heat flow.

Plasma spray coatings are the most preferred method of TBC development, as it is capable of economically producing durable coating. In plasma sprayed coatings, the TBC ceramics are fed into a high-velocity, high-temperature arc plasma. The coating materials are melted and sprayed towards the metal surface. The tool used in plasma sprayed coating is a plasma torch. Several factors affect the reproducibility of the plasma sprayed coatings—arc power, arc gas flow rate, powder feed rate, material size distribution, and shape.

The EB PVD process is usually used for depositing the ceramic thermal barrier coatings. A high energy electron beam is required in this process for heating the TBC ceramics. The TBC ceramic is vaporized and travels along the length of the metal substrate, where it condenses atom by atom. When deposited using the EB PVD process, the interface between the bond coat and ceramic thermal layer is smooth compared to the rough surface from the APS process. The growth of the dense ceramic layer exhibits a columnar structure, starting from a thin initial deposition region. The advantage of columnar growth is the reduction of the elastic modulus of the surface where it is coated. When coated in cylindrical substrates, EB PVD has shown an outstanding extension of lifetime.

If you are an engineer working in industries such as aviation, automobile, or power generation, you know high temperature affects the efficiency and performance of engineering systems. A TBC is one of the best and most economical approaches to preventing the degradation of metal-based structures from high temperatures. Next time your team is worried about the elevated operating temperatures of a gas turbine or generator, consider TBCs.