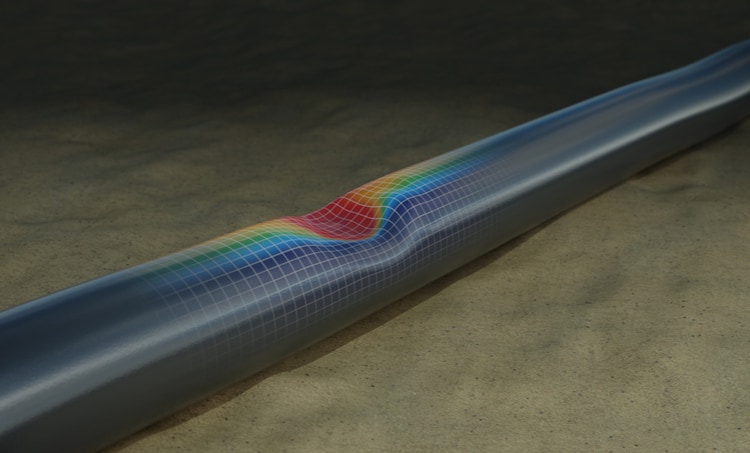 In FEM, the problem surface is decomposed into finite elements called mesh.

Most engineering problems can be resolved by solving algebraic, ordinary, or partial differential equations. In electrical engineering, math function formulations are so intense that finding solutions by considering all the engineering and real-world constraints or parameters is a tedious job.

Robust Finite Element Method (FEM) captured the attention of electrical engineers due to its ease and reliability in solving complex math problems by breaking down a complicated  system into finite elements. The robust FEM application resolves parameter dependent problems with solutions that uniformly converge for all parameters at any value of time, t. Initially, the application of FEM was limited to waveguides within the mechanical domain, but it picked up in popularity quickly,  and now finds applications in fields such as stress analysis, thermal analysis, electromagnetics, modulation, sensor analysis, etc. 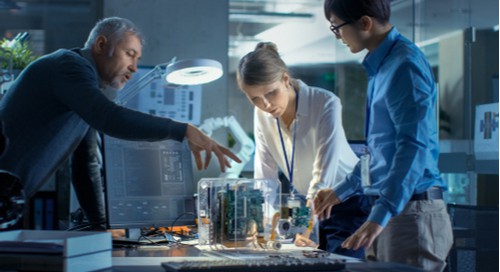 Where Can We Apply Robust FEM?

FEM is a numerical technique used to solve complex math functions related to engineering. Often, confusion arises regarding which numerical method should be used for solving a particular problem.

FEM divides the problem surface into small regions called mesh elements. These finite elements cover the entire region within the boundary, and each of these elements are connected with ‘nodes’.  This process of decomposing the region into finite elements is called discretization. The density of the elements is varied according to the application.

The function formulation is based on the fundamentals of energy principles, or applied mathematics, onto the finite elements. The parameter-driven functions formulated within the elements are approximated using the interpolation function or shape function. The element-wise equations are assembled together to represent the entire 1-D, 2-D, or 3-D problem region in a matrix form. FEM solvers are computational algorithms that are used to solve the matrix equations. After all these steps, the problem is resolved with accurate mathematical solutions. A sign of robust FEM is when the accuracy of the solution remains uncompromised as the system constraints or parameters move to its limits.

For obtaining solutions using FEM, the system should satisfy the following requirements:

If the system is satisfying the above requirements, you can go ahead with FEM.

The basic matrix equations of the FEM model are:

where Kis the stiffness matrix, fis the force vectors, and uis the unknown matrix.

Then equation ❲1❳ reduces to

Substitute n=0 in equation ❲4❳ and you will get Au1. Increment the n value until equation ❲5❳ is satisfied.

Application of FEM in Electrical Engineering 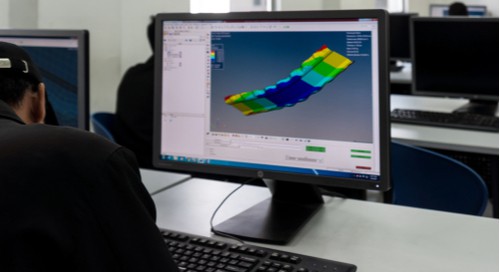 The versatility and flexibility of the FEM numerical method paves the way for solving the simultaneous algebraic equations or ordinary and partial differential equations in electrical engineering. The direct solvers and iterative solvers are equally suited for solving time-dependent, linear, and non-linear systems. However, the need for large memory limits the direct solvers, and iterative solvers are chosen in most of the analyses. Some of the analysis in electrical engineering where FEM can be applied are:

ii❳ Time-harmonic electromagnetic analysis- The magnetic fields and electric fields co-exist in systems carrying alternating currents or alternating flux. The quantities such as currents, voltage, the heat generated, flux density, and impedance are used to formulate the FEM functions in this type of analysis.

Your aim might be  to conduct a piecewise analysis of an electrical system that can be mathematically represented by a set of ordinary or partial differential equations. The solutions for these engineering problems obtained by applying the robust FEM technique are reliable, accurate, and align well with real-world physical conditions.

Working within FEM techniques will encourage and improve your capacities for resolving electromagnetics, thermal, and static necessities in your designs. The main impedance is: when?