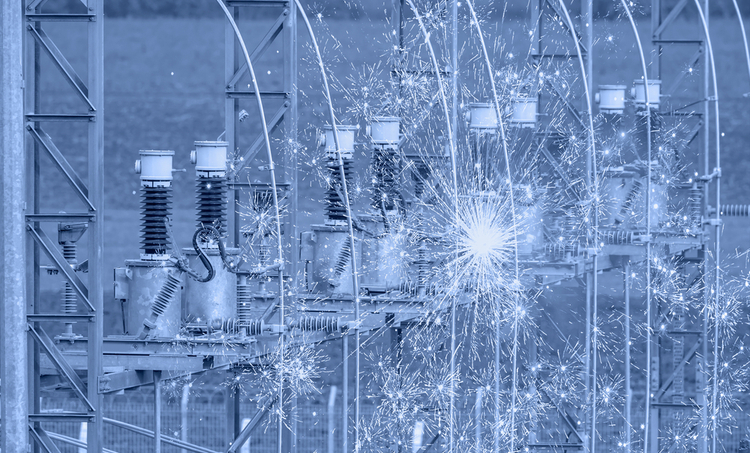 The magnitude of fault current varies with the type of fault.

Power system protection relies mostly on switchgears to interrupt fault occurrences in a system. In any system design, a detailed analysis conducted to calculate the maximum fault current is the basis of switchgear selection. If a mechanically-sound switchgear fails to interrupt a fault, then it's time to revisit the fault current calculation.

When an electric power system undergoes fault, all the other equipment in the path of the fault gets damaged due to heavy current flow. It produces severe dips in the bus voltage,  destroys the loads, and ruins the power system balance. The large ground voltage at the fault location is a serious hazard to human life.

As we have seen, the significance of fault current analysis is great, and it is important to understand the methods involved. Short-circuit occurs in the power system due to symmetrical or unsymmetrical faults. Depending on the type and location of the fault, methods of fault analysis will differ.

Power system expansion plays a crucial part in the socio-economic and industrial growth of a nation. The supply of uninterrupted energy is the main aim of these expansions, and it showcases the overall development of a nation. The fault current analysis in network planning guarantees a power system that is well protected by an efficient switchgear and protection scheme. Power system engineers ensure the switchgear interrupts the fault on-time, by estimating the possible fault current. The fault current calculation helps to optimally select the circuit breakers and relays that will keep the power grid continuously energized.