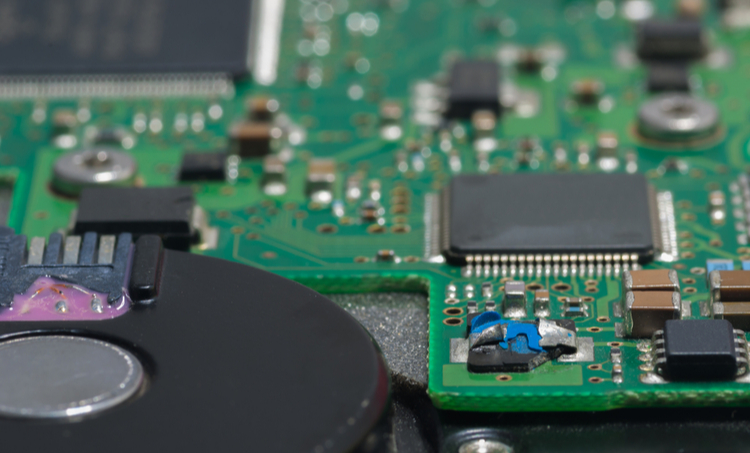 These integrated circuits will have some mean time to failure, which can be estimated using Black’s equation

When an IC fails, it doesn’t usually do so by catching on fire or exploding. The chip could simply stop  working because of an internal failure. One common source of failure in an interconnect is electromigration, a phenomenon referring to the literal movement of atoms in an interconnect as current flows. This eventually leads to an open circuit along an interconnect, leading to partial or total failure of the system.

So what are the physical processes involved in electromigration leading to failure, and how can they be conveniently summarized to predict failure? Failure along a given interconnect can be nicely summarized using Black’s equation, which provides the mean time to failure (MTTF) of an interconnect in an IC. With ICs constantly getting smaller and packed with more functions, designers should understand the different processes involved in electromigration to better understand the meaning of Black’s equation and predict MTTF.

The above equation is defined as a proportion where the proportionality constant is taken as a function of the area. In general, an interconnect with a larger area will have a longer MTTF value. The other parameters are defined as follows:

Note that Ea can also be stated in units of eV, thus k also needs to be converted to eV using the electron charge. There is good reason for this, as it allows the activation energy to be compared to the voltage across the interconnect.

There are some important takeaways from Black’s equation. First, a larger current density leads to a shorter MTTF. Second, the proportionality constant is generally proportional to some power of the interconnect cross-sectional area, so using a larger cross-sectional area will provide larger MTTF. Finally, when the interconnect reaches a higher temperature, the MTTF is lower. This last point is quite important in two aspects: accelerated testing and thermal runaway in an interconnect.

Measurements of MTTF and Accelerated Testing

For an integrated circuit with an MTTF of around 10 years, how can you determine the true MTTF value in a much shorter amount of time? This is done by measuring MTTF at a higher temperature and current density. Basically, following the same ideas used in accelerated testing. Once the MTTF from the accelerated test is calculated, the following equation can be used to calculate the MTTF at lower temperature and current density:

Where Does Black’s Equation Fall Short?

Working through the electromigration process can be tedious without proper tools and team understandings for the necessity of MTTF. Ensure that your designs are well taken care of —  whether thermally, electromagnetically, or in any other reliable capacity —  by having the analysis tools you can trust.