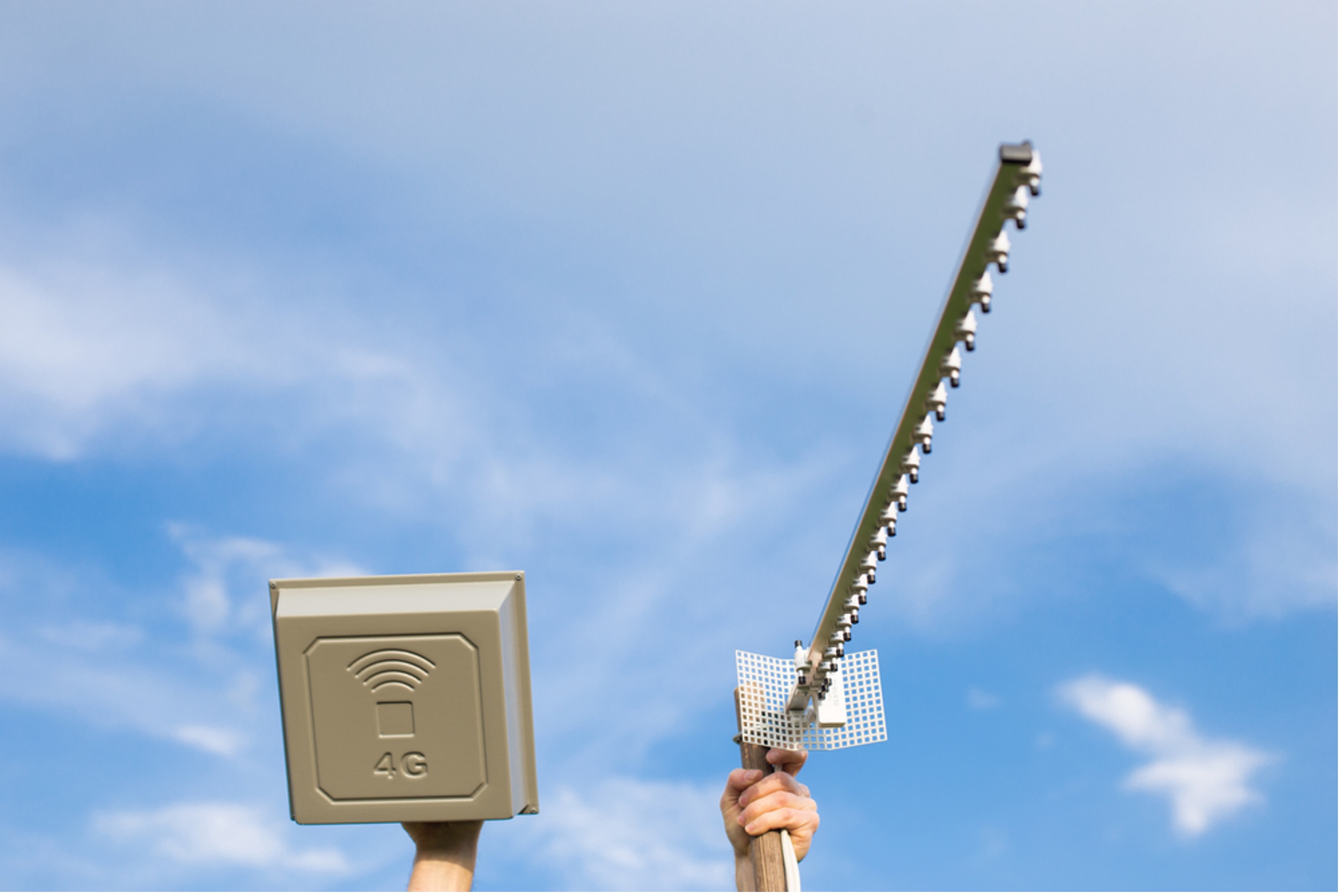 In today’s fast-paced world, speed and efficiency are the foundation of a reliable communications system and key to any commercially successful network. MIMO (multiple-input-multiple-output) communication technology is a breakthrough in wireless communication that has provided greater scalability and the ability to serve more users with lower latency services.

In its infancy, MIMO was an innovative technology that employed multiple antennas at both transmitting and receiving ends to increase the data transfer capacity. However, with the addition of multiplexing techniques like OFDM, antenna arrays using MIMO techniques are used for simultaneously transmitting and receiving multiple data streams over the same radio channel, which is aided by multipath propagation. In this article, we’ll look at the use of MIMO at the systems level to provide higher throughput and scalability for wireless communications.

In addition to a single signal being received at a single antenna multiple times, a single antenna could transmit to multiple antennas in the same time window, as shown below. In an antenna array, if all antennas were broadcasting simultaneously, then all user antennas within the broadcast range could receive the transmit signal from all transmitting antennas. 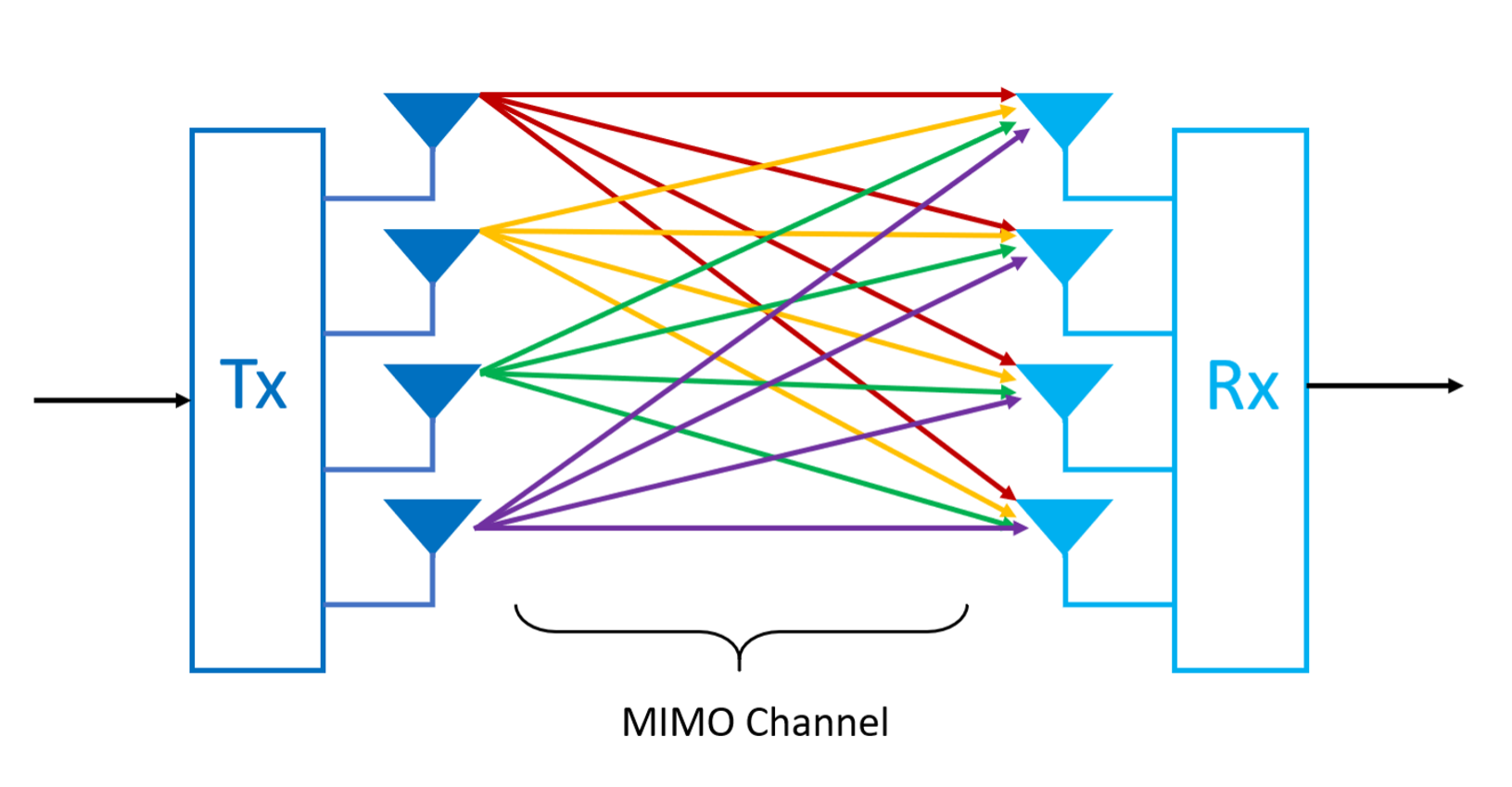 MIMO communications concept with multiple transmit and receive antennas. Each color can represent a different frequency or time window.

MIMO exploits the situation shown above to increase data throughput and range. Many different MIMO approaches have been developed for a wide range of networks and available channel states. Three basic techniques used in MIMO communication are:

These techniques are often used in combination to achieve maximum throughput and scalability.

Spatial multiplexing involves sending multiple spatial streams through multiple antennas, and these streams are separated at the receiver through spatial processing. Since the receiver decodes the transmitted streams individually, data throughput can be increased for a fixed channel bandwidth. MIMO spatial multiplexing has the ability to boost spectral efficiency without significantly diminishing the link's robustness. However, diversity gain is lost in this technique.

The use of beamforming in MIMO communications involves focusing a signal in a particular direction so that the greatest possible gain is achieved at the receiving end. There are three beamforming techniques:

Different beamforming methods used with spatial multiplexing/diversity will require different signal processing methodologies to precode and decode signals. This would need to be implemented with a specialty chipset or an FPGA.

SU-MIMO supports a single device at a time by using radio communication layers from multiple antennas. To achieve the highest possible user spectral efficiency, SU-MIMO transmissions utilize time-frequency resources that are exclusively allocated to a single user device. MU-MIMO, on the other hand, allocates multiple users to a single time-frequency resource. This is a significant advantage as compared to SU-MIMO, particularly in channels with spatial correlation.

OFDM is a form of multicarrier modulation in which data is sent at a reduced rate using parallel subcarriers. The data is first split and superimposed onto numerous frequency carriers prior to transmission, and then it is merged at the receiving end. Uniting MIMO and OFDM leads to an increase in spectral efficiency as spatial multiplexing gain offered by MIMO is used in combination with multi-carrier modulation. The diversity gain achieved by MIMO technology can also increase connection stability and provide a high quality of service (QoS). The practical implementation of OFDM MIMO is no longer as complex as it could have been thanks to advances in baseband digital signal processing and VLSI technology.

Reconfigurability adds flexibility to a MIMO communication system and significantly improves transmission throughput. Polarization, frequency, and radiation patterns are fixed in the case of conventional MIMO antennas. In contrast, reconfigurable antennas can serve as a booster for MIMO systems because their radiation properties (polarization, radiation pattern, frequency) can be reconfigured in response to environmental and system changes. 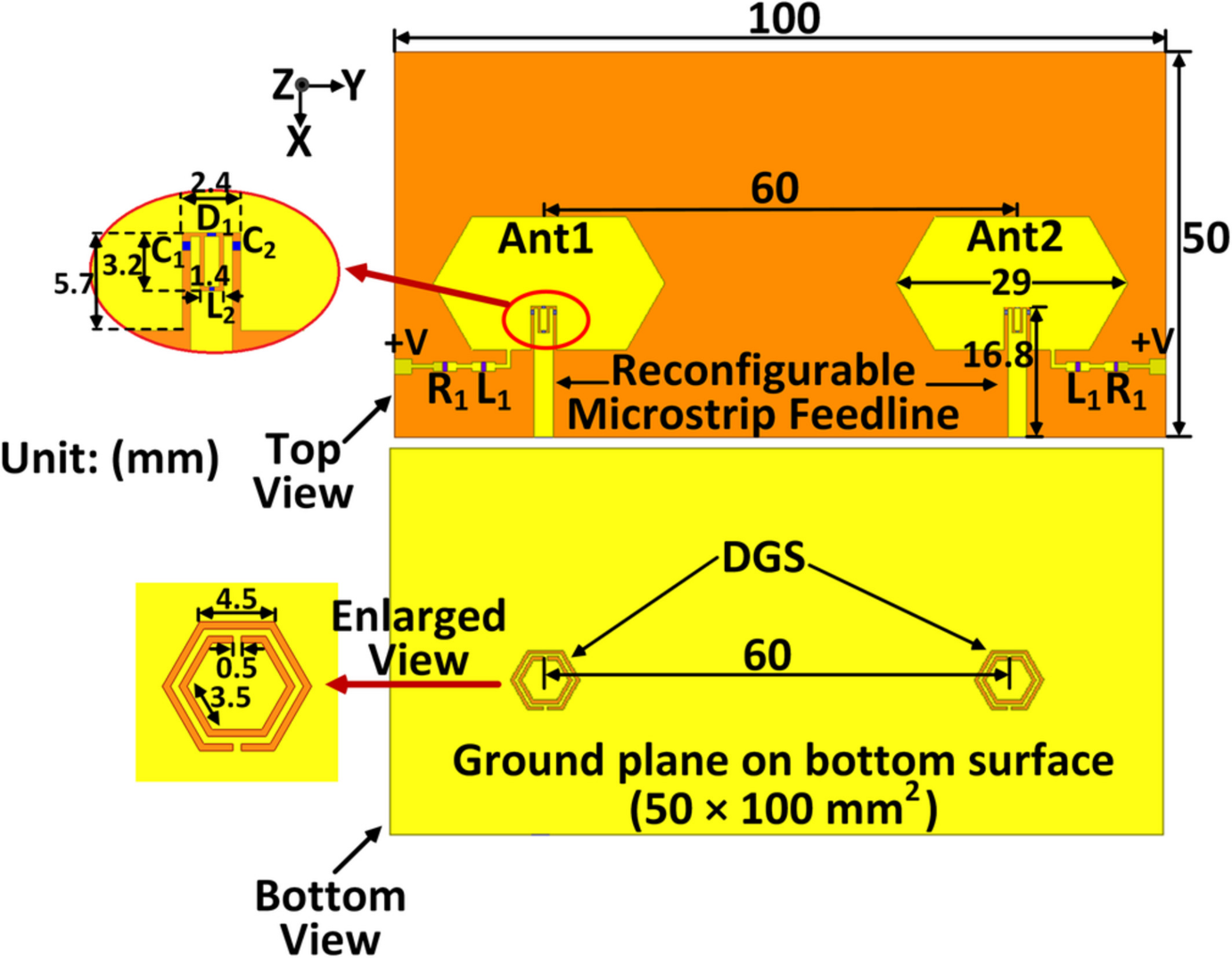 Example of a reconfigurable antenna element pair used for MIMO communication operating from 1.42 to 2.27 GHz. Dimensions are in mm. [Source]

Reconfigurable antennas can help solve many design challenges faced by engineers when designing an effective MIMO system. For instance, multiple antennas at both receiving and transmitting ends lead to the problem of mutual coupling (i.e., crosstalk). The channel capacity of a MIMO communication system increases linearly with the number of uncorrelated channels as the mutual coupling is reduced.

In the first two applications, commercial products are available that will support MIMO broadcasting and reception. For radar systems, the key is to synchronize transceivers to an external reference oscillator, followed by implementing some signal processing and multiplexing to broadcast/receive in specific sub-arrays. There is still a debate as to the scalability of analog beamforming, digital beamforming with precoding, or a hybrid approach.

The application of MIMO to lidar is very new and is something that is still conceptually under development. However, the same scaling ideas apply, where multiple beams are used to scan multiple scenes simultaneously and build multiple high resolution point clouds and construct images. One recent paper on this topic shows an implementation of time-division multiplexing to implement MIMO functionality.

Design, analysis, and simulation of systems with MIMO functionality is now possible with the complete set of system analysis tools from Cadence. Only Cadence offers a comprehensive set of circuit, IC, and PCB design tools for any application and any level of complexity.