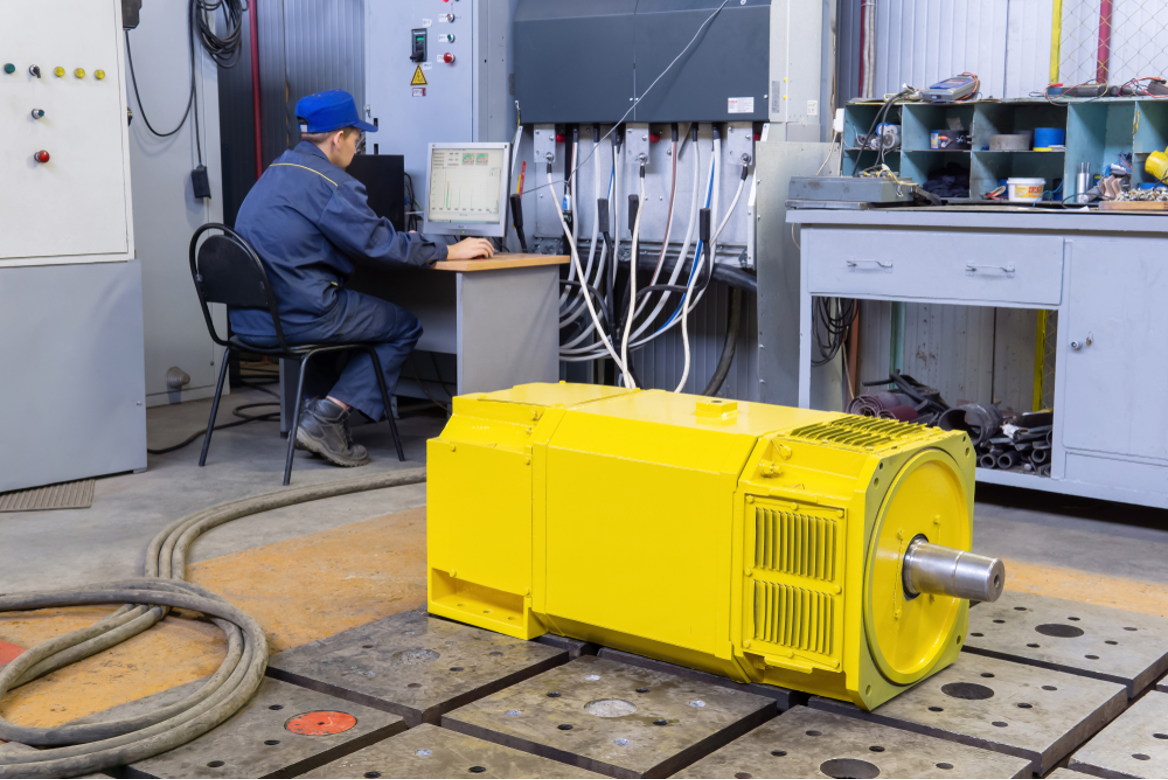 When a motor is damaged, the damage is often irreversible, which means the motor will no longer run at the same efficiency as it did before the damage occurred. It is crucial for systems operators to incorporate a motor testing routine into the regular maintenance schedule. By testing motors regularly, or at least at the earliest sign of trouble, problems can be reliably predicted, prevented, and rectified with minimal disruption in service. 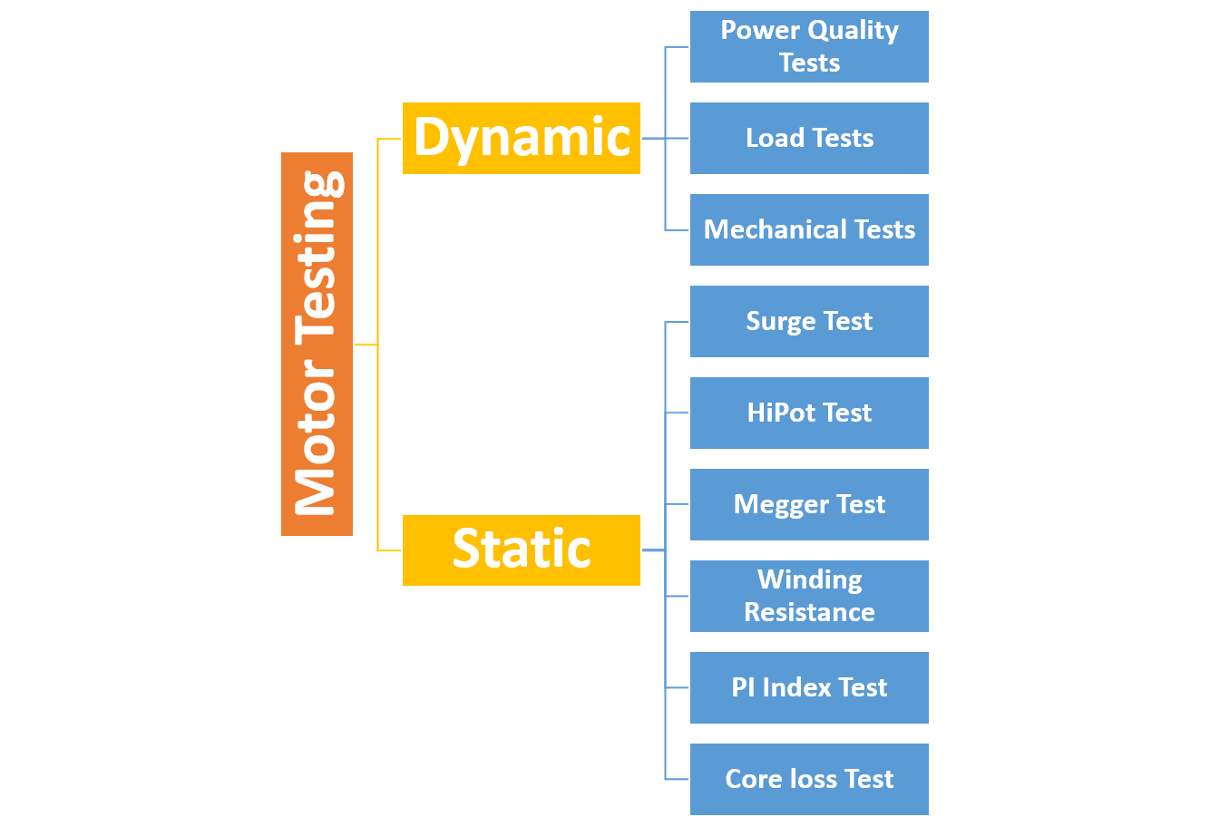 Chemical deposits, manufacturing or rewinding faults, starter movement, and heavy use can cause a motor’s insulation to wear out. Problems resulting from these factors can be identified in a surge test, the test standards for which are specified for a variety of winding types and situations in the IEEE 522 standard. Surge tests are used to identify hard shorts and other faults in coils and windings. This test is done to identify weaknesses in the turn-to-turn winding insulation.

A high potential (HiPot or dielectric-withstand) test is a non-destructive testing method for determining whether the electrical insulation can withstand a normal overvoltage transient. In this test, a two-terminal power supply for HiPot testing is used to apply a voltage between the motor frame and another conductor. One terminal is grounded directly to the motor frame, while the other is connected to a specific conductor that is being tested. If the insulation between the two conductors is adequate, a large voltage difference would result in a relatively little current between the two terminals.

The amount of leakage current between the two terminals indicates the dielectric strength of the insulation and there is a risk of failure anytime soon. To avoid overstressing and degrading the insulation during HiPot testing, the test is usually performed once at full strength and then again at lower strength (usually 85% or less). 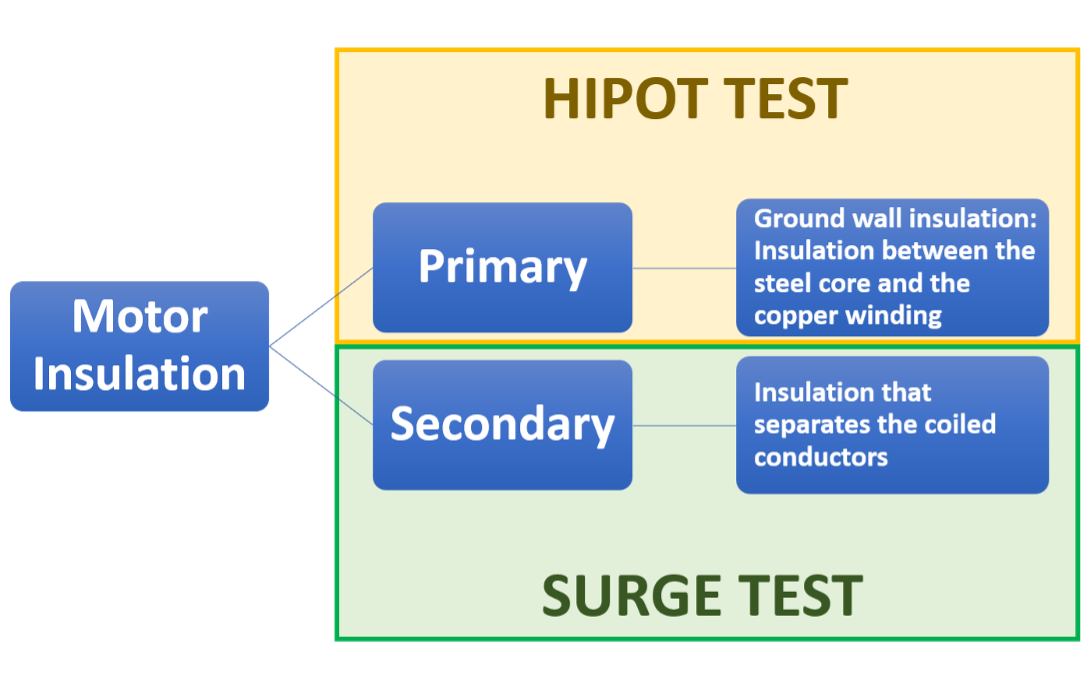 A PI test reveals aged, brittle insulation and deteriorating insulation in the ground wall. For this test, the applied voltage must be kept constant for 10 minutes, and the insulation resistance is measured at 1 and 10 minutes. The polarization index is the ratio between the 1-minute and 10-minute measurements.

Megger test can be used to determine the health of the overall insulation of the motor. In this test, a high voltage is applied for a specific amount of time and the leakage current through the insulation is measured. This measurement is essentially a resistance measurement, and if the motor is tested regularly, the data can be used to create a graph that depicts the quality of a motor’s insulation over time. From this type of graph, it’s possible to predict when the insulation resistance will reach a critically low level such that maintenance is needed. 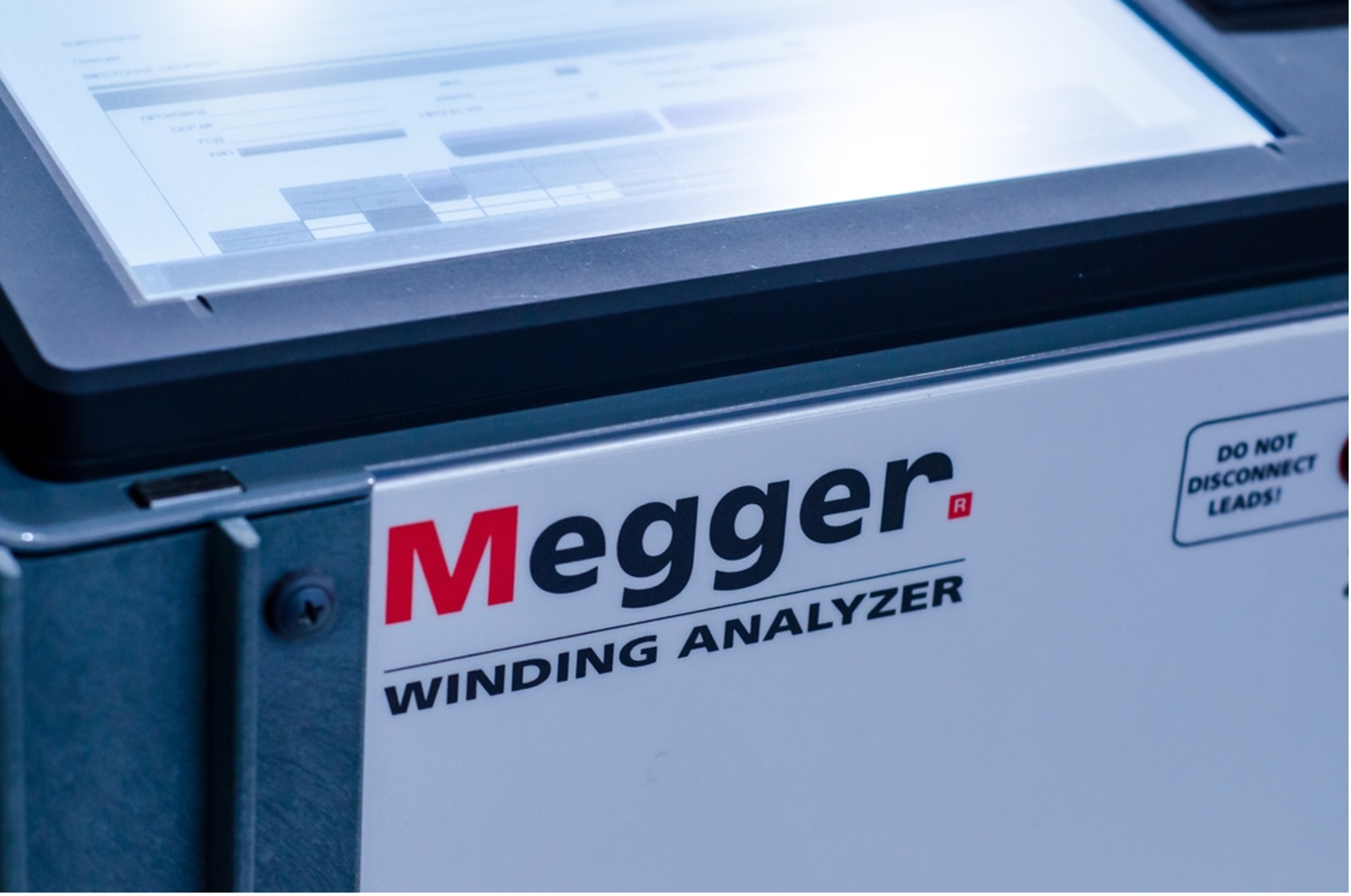 Winding resistance measurements are used to identify whether the resistance of coil windings in a motor have excessive resistance. This can lead to excessive heating, or that may indicate some other environmentally driven degradation problem like corrosion. These readings can be easily taken with a digital multimeter. A winding resistance test is used to check for high-resistance connections that cause current imbalance between windings. The resistance of each coiled winding must meet the manufacturer's specifications in order for the motor to run properly. 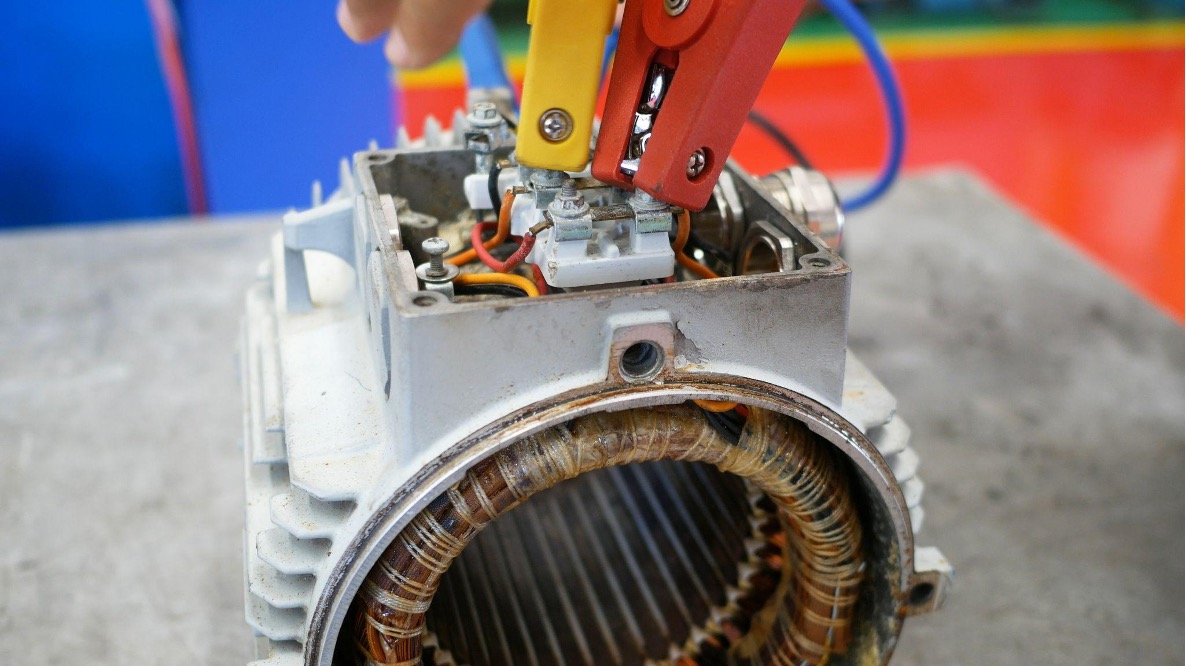 Motor windings can degrade over time.

This test is performed as a reliability check while rewinding a motor. Additionally, this test might be useful to evaluate the power output and reliability of an industrial motor at any given time. In electric motors and ultimately entire industrial systems, a high core loss can account for a substantial amount of wasted energy and it is crucial to detect this problem in time.

The difference between the input and output power of an electric motor can be measured using a simple core loss test. If the results show a significant loss, it may be necessary to repair or replace parts of the motor in order to prevent further reductions in power conversion efficiency. The IEEE 432 and EASA AR-100 standards are usually followed for industry-compliant core loss testing of motors.

The voltage drop test is perhaps one of the simplest and least expensive tests you can perform on an electric motor. This test is performed by applying a load to the motor and taking a voltage measurement across the drive circuit with a voltmeter. When the load is applied, the voltmeter is used to detect any voltage decrease in the circuit under its typical operating conditions. The results of a voltage drop test may indicate that a motor needs cleaning, repair, or other maintenance.

A related test is an AC voltage drop test, which is performed by connecting an AC source to each field pole and measuring the individual voltage drops across those poles independently. If each field pole is dropping the same or nearly the same voltage, then the field poles can be considered in similar condition. If voltage imbalances are detected across the motor poles, this could indicate one of the poles is defective or needs cleaning/maintenance.

There are also state-of-the-art dynamic analyzers available, and some of them can be attached to motors. These analyzers perform measurements and provide extensive information regarding the general health of an electric motor in the environment in which it is being operated. All of the problems with power quality, including voltage levels, voltage imbalances, harmonic distortion, current levels, and current imbalances, are measured, displayed, and graded in comparison to the threshold values that have been entered into the analyzer.

The use of dynamic analyzers makes it possible to detect a wide variety of mechanical flaws within a motor and the system it is part of. The analyzers have the capability of determining the torque both as a numerical value and as a spectrum, delivering a real-time representation of the "torque ripple." Torque and current spectra can be used to identify mechanical difficulties such as bearing failures, vibration or misalignment, and eccentricity in a machine.

Electromechanical systems designers and mechanical engineers trust the complete set of system analysis tools from Cadence for evaluating electric motor testing results and simulating their system functionality. Only Cadence offers a comprehensive set of circuit, IC, and PCB design tools for any application and any level of complexity.