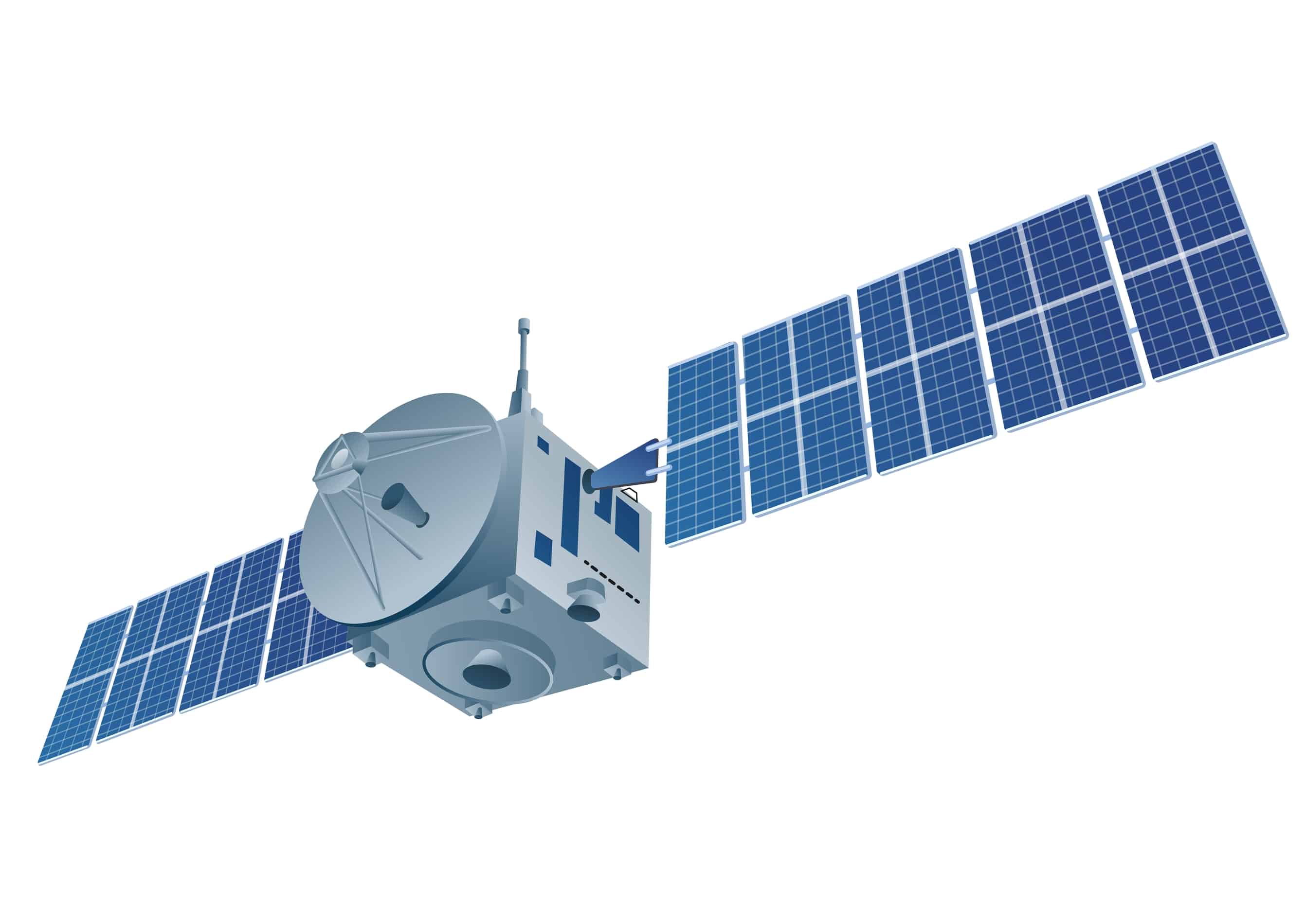 A satellite is an example of a rigid body

You may not realize it, but rigid body motion is something you probably encounter on a daily basis. For example, the dumbbell that you use for workouts is a rigid body. Pyramids, planets, and satellites are also rigid bodies. Rigid bodies have six degrees of freedom for movement and their motion can be translational, rotational, or both.

In this article, we will explore rigid body motion and look at Euler’s equations as a way to express this motion.

A rigid body is one in which the distance between two internal points remains unchanged when force is applied to it. In terms of the deformation aspect, a body that does not change its shape under the influence of force is a rigid body. When considering rigid bodies as the collection of different particles of mass held in places by massless bonds of length, the particles are unaffected by vibrations, stress, and strain. Particles in a rigid body do not have any internal degrees of freedom, and the distance between any two particles remains fixed all the time. This approach to describing a rigid body helps in expressing the dynamics as the cumulative sum over the particles. In ordinary solids, dynamics can be expressed by integrals over the continuous mass distribution.

In this section, we will express the rotational motion of a rigid body in a body-fixed frame, ignoring the translational motion for simplicity.

According to Newton’s second law, the external torque N can be expressed as the following, where L is the angular momentum:

The above equation is in the space-fixed inertial frame and needs to be transformed into the body-fixed frame. Transformed, the equation can be written as:

The body axis is chosen to be the principal axis such that:

In the body-fixed coordinate frame, the equations of motion of a rigid body can be expressed as:

The components in the body-fixed axes can be given by: 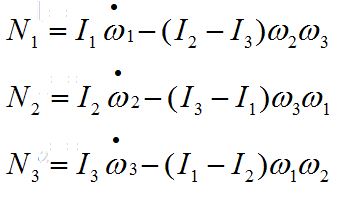 The above equations represent Euler's equations for the rigid body under applied external torque N in the body-fixed reference frame.

Euler's equations of rigid body rotation are hard to solve, and engineers are still trying to find solutions. Except for a few exceptional cases, such as torque-free rigid body and integrable cases solved by Euler, Lagrange, and Kovalevskaya, solutions are yet to be evaluated.