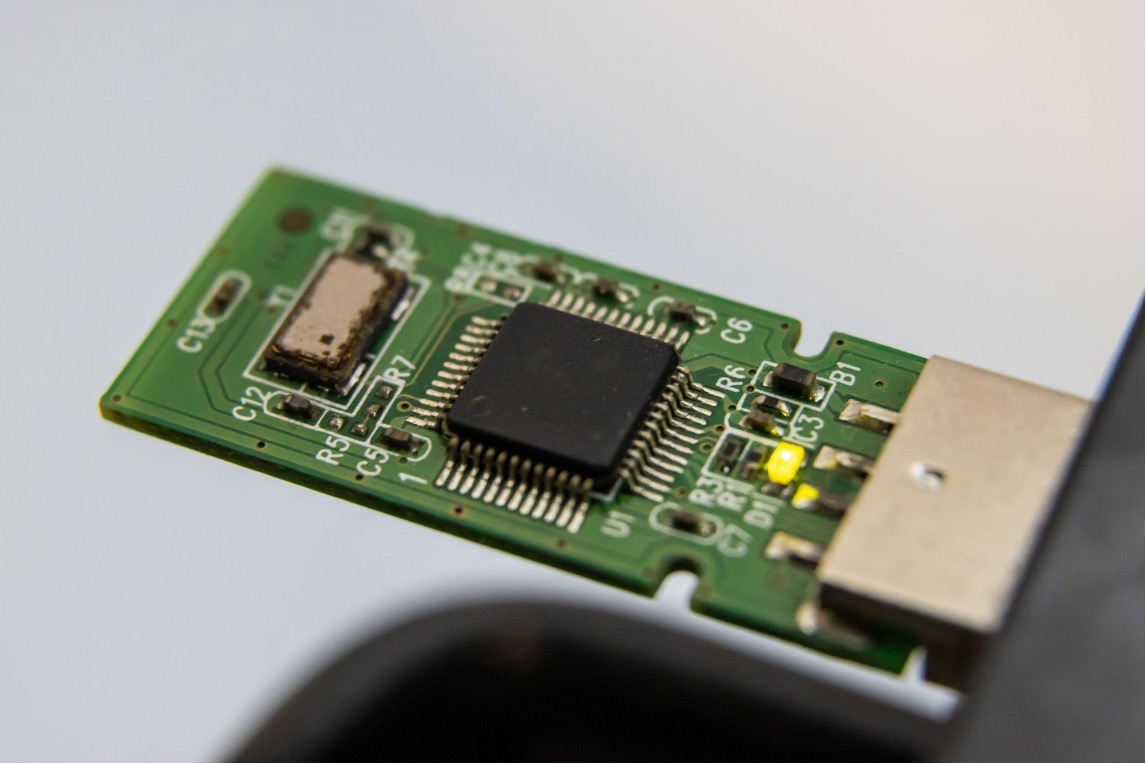 Memories come in many forms, and flash memories are an important nonvolatile memory resource. A flash memory is an electronically erasable and reprogrammable nonvolatile computer memory. Consumer electronics, computers, medical equipment, and industrial machinery are a few example areas where devices frequently rely on flash memory for storing and transferring data.

There are two common types of flash memory: NAND and NOR, referring to the equivalent logic functionality of the two memory cell architectures. Each has its advantages, and we’ll look closely at the advantages of each memory type in this article. From what we’ll see below, a flash chip can be the workhorse for most embedded systems applications requiring up to GB of data storage.

MOSFETs with floating gates (known as floating gate MOSFETs, or FGMOS) are used to create an array of memory cells in flash memory chips. In this structure, the gate is electrically isolated from the rest of the transistor, while secondary terminals are formed above the gate structure. This allows charge accumulated on the gate to persist for extremely long periods (on the order of decades).

Single-level cell (SLC) architecture stores one bit per cell while multi-level cell (MLC) devices can store multiple bits per cell. As you might have already guessed, in NAND flash memory, each cell works like a NAND logic gate, while in NOR flash memory, each cell is structured like a NOR gate. It’s important to note that these memories are not literally built from NAND or NOR logic gates, but the logical implementation for reading and writing data in these systems does match that functionality. 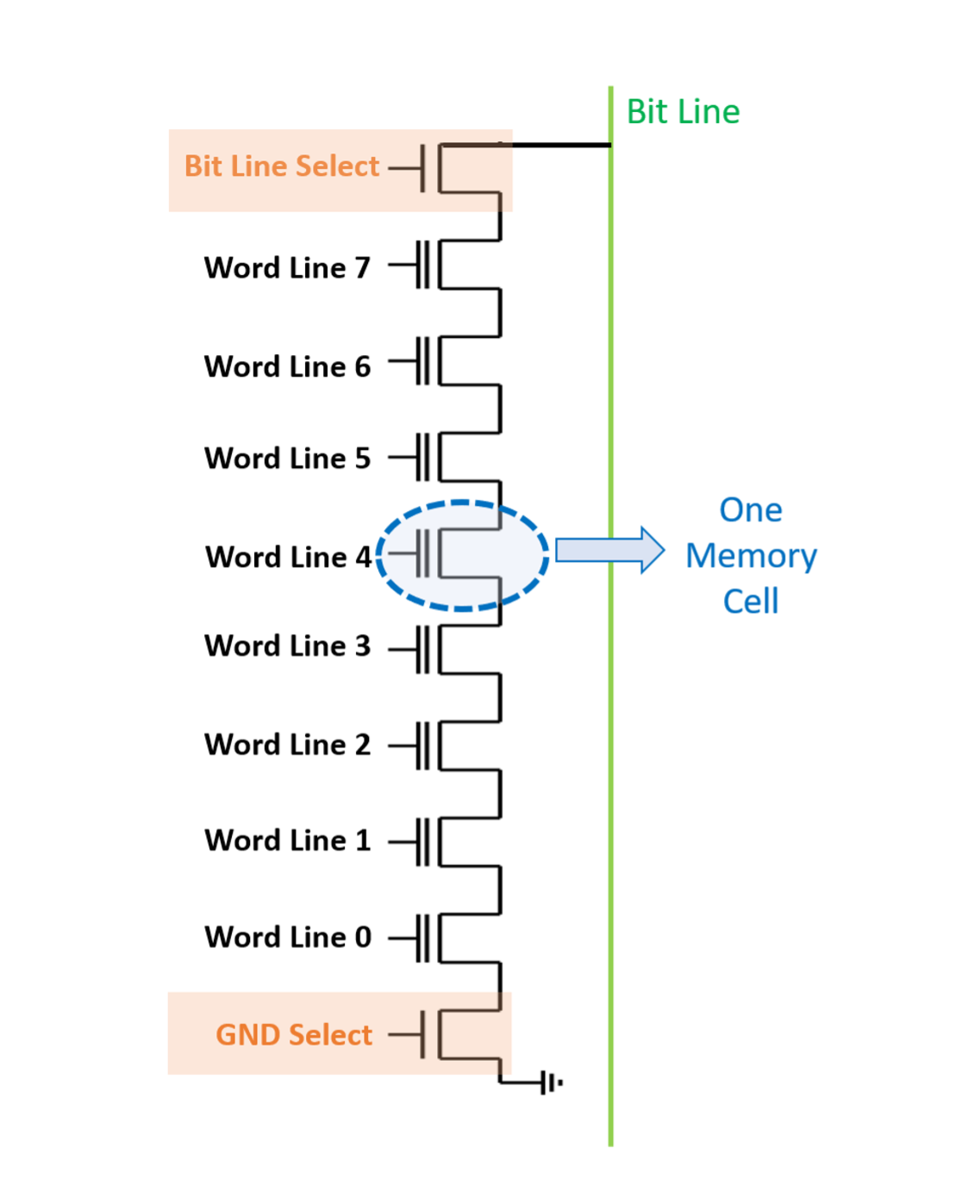 This type of construction works like a NAND gate as the bit line is low only when all the word lines are high. This series connection cuts down on the number of ground wires and bit lines required to form the chain of memory cells. The cells on the substrate can be connected directly via a doped or conductive layer. Furthermore, it is possible to stack the cells on top of each other in a vertical 3D topology. Consequently, NAND flash memory is smaller in size, making it denser and cheaper. However, this does not allow direct access to each cell individually. 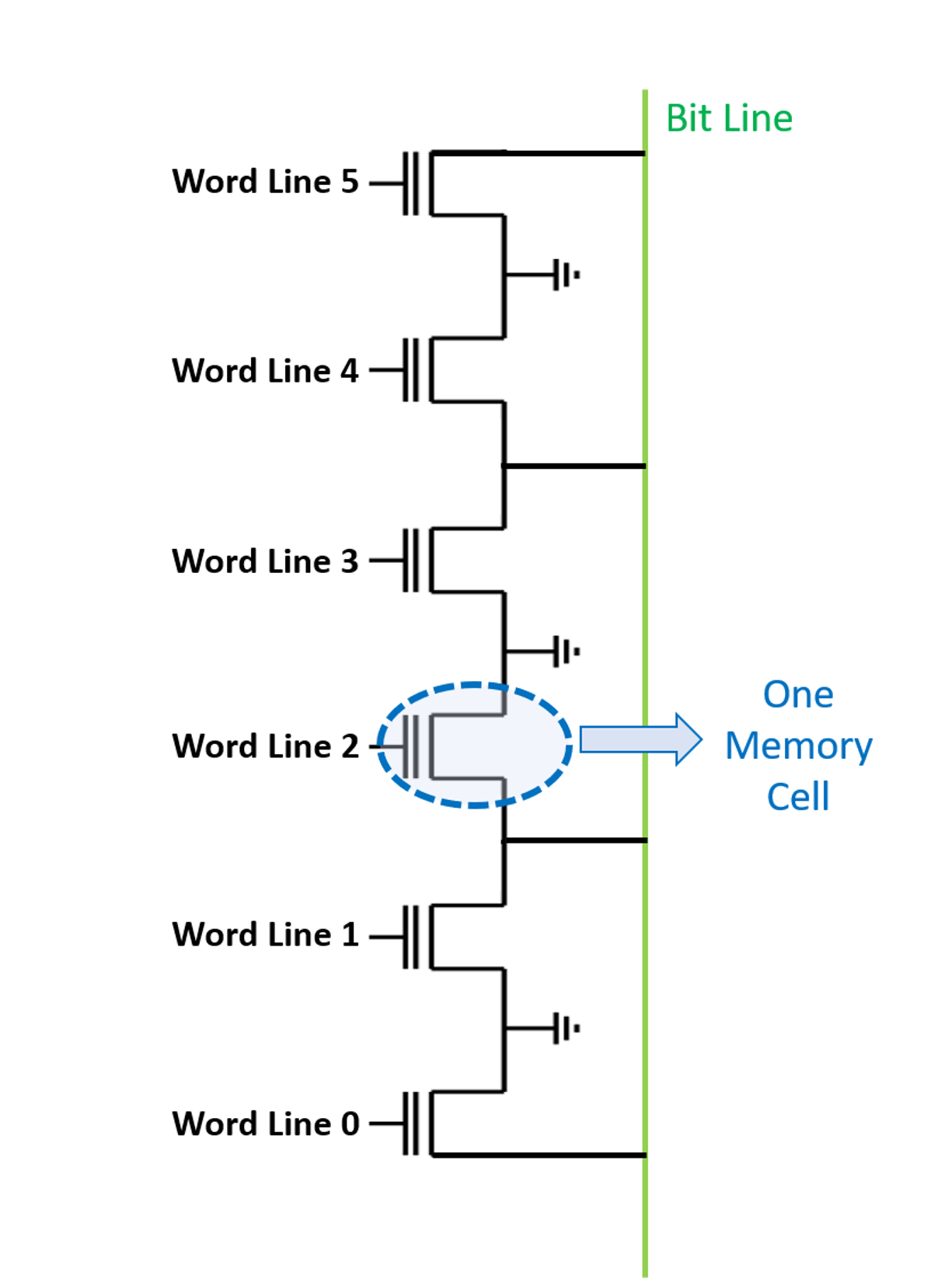 NOR flash parallelizes bit lines, so a given memory cell only stays high when both the bit and word lines are low; this matches the logic functionality of a NOR gate. NOR flash memory allows access to each individual cell and it is therefore faster to read. However, NOR is more expensive than NAND cells because greater silicon area is required for the same total memory capacity.

NAND vs. NOR Flash Memory

NAND architecture enables placement of more cells in a smaller area compared to the NOR architecture. For similar process technology, the physical design of NAND flash cells allows for approximately 40% less area coverage than NOR flash cells. The lower cost per bit also contributes to the higher density of NAND memory devices.

One might think that these speeds should be equal in these architectures, but this is not the case. Because data can be read out from individual NOR cells, NOR flash memory enables faster read operations because the cells are wired in parallel. Instead of reading out an entire word line into a register and parsing it, an individual bit can be accessed as needed. However, this makes NOR flash slower to write and erase than NAND because of its greater cell size; in NOR flash, each bit must be written to a 0 before it can be deleted.

The memory cells in a NAND are joined in series and arranged into pages, which are further divided into blocks. NAND reads are slower, but NAND writes and erases are faster than NOR because large groups of bits can be erased simultaneously.

All flash memory chips support a limited number of erase-program cycles. These memories are susceptible to a phenomenon known as bit-flipping, in which bits can get inverted in certain bad memory cells. NAND flash is more susceptible to bit-flipping than NOR flash. Over the course of a NAND flash chip's lifetime, more of the memory cells will become damaged through repeated erasing and reprogramming.

Therefore, in terms of reliability, NOR flash is preferable to NAND. NOR flash is also superior in terms of data retention. For example, flash manufacturers promise retention times ranging anywhere from 20 years to 100 years as long as the chips are stored in archival conditions.

NOR draws a higher current when turned on, but it uses less power when idle. While NAND has a lower initial power consumption, its standby power consumption is higher. The instantaneous active power of NOR and NAND flash memories is almost similar, so the total energy consumption will depend on the amount of time the memory is actively being read or written.

The table below summarizes various characteristics of NAND and NOR Flash memory.

It’s common to see two flash chips in some embedded systems. For example, the firmware and boot settings might be stored on a small NOR chip so that the system can boot quickly, while the long-term storage can reside on a large NAND chip. Both can be accessed through a standard serial interface like SPI. Consider these points when selecting flash memories as both types can be used  in the same system.

Anyone that wants to stay at the cutting edge of embedded systems design should use the best set of design and simulation features to help them reach success. Professional digital and analog engineers trust the complete set of system analysis tools from Cadence for evaluating and simulating their system functionality. Only Cadence offers a comprehensive set of circuit, IC, and PCB design tools for any application and any level of complexity.