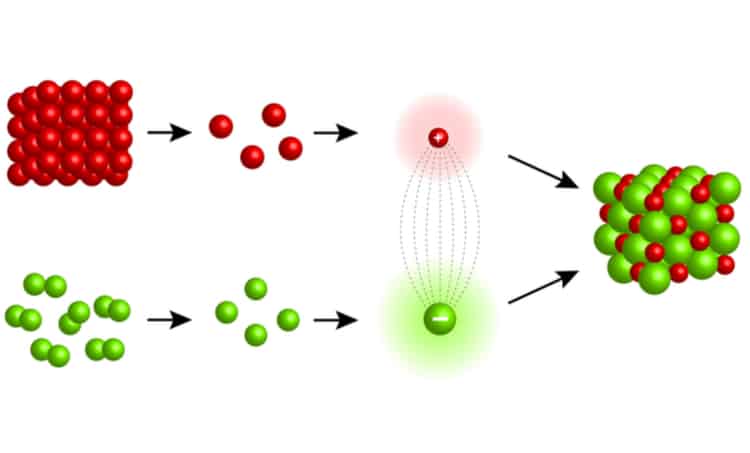 The concept of enthalpy can be observed in our daily lives, for instance when using chemical heat or a cold pack, where various reactions lead to the absorption or release of heat, bringing about a change in enthalpy. In the chemical and thermodynamic world, enthalpy emphasizes the concept of heating/cooling and energy transfer, the understanding of which is important in the production of any type of substance. Different enthalpies can be associated with the reaction; however, this article will aim to discuss the standard enthalpy of formation.

Δ represents the change in enthalpy

H° is the standard enthalpy change

H°(f) is the standard enthalpy of formation

The above equation indicates that the enthalpy change required for creating a mole of a compound is the difference between the sum of the value of enthalpy of formation of products (compound) and its reactants (elements).

The general takeaway from the above equation is:

Relation With the Enthalpy of Combustion

In a thermodynamic system, the evaluation of these enthalpies facilitates the calculation of the air-fuel ratio requirement of the combustible fuel as well as the calorific value of the fuel.

Hess’s law can be applied to calculate the enthalpy change of a reaction by analyzing the enthalpy of formation of associated elements. According to Hess’s law, this can be done in several steps. The final enthalpy change remains the same even though the calculation is broken down.

Simplifying the Calculation of the Enthalpy of Formation

The energy involved in running a thermodynamic system can be analyzed accurately only when all the enthalpies associated with the reaction can be calculated accurately. Modeling and simulating a thermochemical system is one way the accuracy can be maintained in the design. Systems utilizing solid-liquid, solid-gas, or liquid-gas interfaces can make use of CFD tools that can help model the surface reaction and heat transfer during the phase transition. Solving energy equations, including the standard enthalpy of formation, can help in the analysis of the heat of reaction. With CFD simulation, the heat transfer system can be analyzed for different temperature profiles while flow mixes or material uses can be easily evaluated.