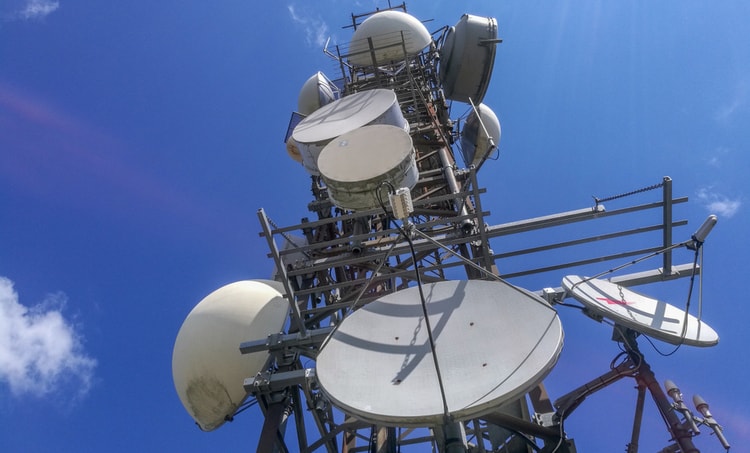 Nonlinear components and circuits often need to interact with broadband signals without producing distortion. When viewed in the frequency domain, intermodulation distortion can arise when any broadband signal interacts with a nonlinear system, and it’s important to understand how strong distortion peaks can get for a given input signal level. In this article, we’ll present a clear explanation of intermodulation distortion in passive and active systems and an example of what you’ll see in a spectrum analyzer.

What Is Intermodulation Distortion?

Intermodulation distortion occurs when a broadband signal interacts with a nonlinear system. When a broadband signal is sent into a component with nonlinear impedance, harmonic generation and frequency mixing will occur simultaneously which creates additional peaks in the signal’s power spectrum. These generated peaks are mathematically related to the input signal’s power spectrum, and the additional peaks in the frequency domain produce a distorted signal in the time domain.

A nonlinear system that generates intermodulation distortion could be active or passive. By “nonlinear system,” we could refer to any of the following cases:

In the above graph, the red peaks are the two sidebands for the input FM signal. The orange peaks are called harmonics because they are simple integer multiples of the input sidebands. The blue peaks are the intermodulation peaks. When viewed on a spectrum analyzer, the readout would show a broad band around each peak frequency. The above power spectrum can then be converted back to the time domain with an inverse Fourier transform.

While the above example shows an FM signal (sum of two harmonic signals with matched phase), a similar effect occurs with broadband signals that are continuously distributed in the frequency domain. In this case, we have a much more complex power spectrum that is not composed of discrete peaks.

In general, we can describe intermodulation distortion in terms of an arbitrary nonlinear transfer curve relating the input voltage and output current for a broadband signal. If we define I(V) to be the current as a function of the input signal’s voltage, then its Taylor expansion is:

Nonlinear current vs. voltage relationship expanded as a Taylor series.

If we expand the voltage of the input signal in terms of a set of discrete frequencies (e.g., as the DFT of a discrete temporal signal), we have:

Once the polynomial terms are expanded, we can see how frequencies combine to produce the peaks responsible for intermodulation distortion.