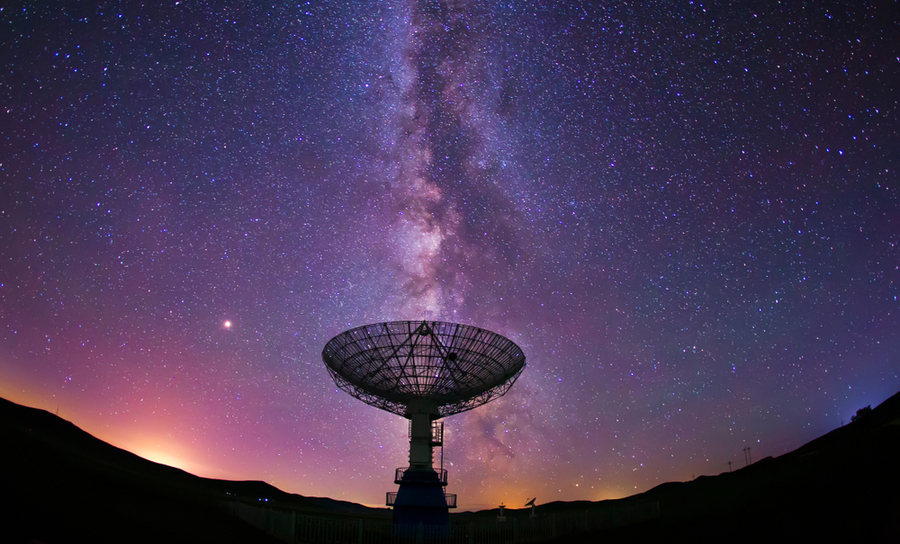 Radio telescopes placed in locations around the globe allow astronomers to gain a greater understanding of naturally occurring--but also very weak--radio signals that emanate from planets, stars, galaxies, molecules of gas, quasars, and dust clouds. Electronic equipment connected to the telescopes converts the radio signals into data. Then, supercomputers process combined data streams into images of invisible radio objects. Enhancements use colors to identify temperature, density, and strength of the radio emissions.

EMI and RFI Cause Problems Everywhere

Unfortunately, man-made interference not only masks the signals that radio telescopes attempt to capture but also contaminate the collected data. When scientists attempt to interpret the cosmic signals, electromagnetic interference (EMI) and radio frequency interference (RFI) can change the data to the extent that scientists draw the wrong conclusions. Outside of radio telescopes, EMI and RFI pollute the radio frequency spectrum, can cause systems or circuits to malfunction, and may cause a system to lose regulatory conformance.

EMI consists of two types of disruptive, short-range electromagnetic energy that occurs at any frequency. The necessary elements for EMI include:

EMI can occur at the power line level through a magnetic induction field generated as direct current flows through a wire or in electronic circuits. Conducted EMI exists as unwanted high frequency noise produced within a device and can transfer either through capacitive coupling or through an electromagnetic field. Because conducted EMI rides on an AC waveform, capacitive coupling occurs from one circuit to another and from one piece of equipment to another through conductors, electric fields, and magnetic fields. Radiated EMI transmits from a source antenna through a surrounding medium to a receiving antenna.

Although RFI is a subset of electrical noise on the EMI spectrum at frequencies, the source usually traces back to a narrowband RF source rather than from a broadband source. Radio frequency interference ranges from several kilohertz to a maximum of 30 MHz and occurs as a longer wavelength interference from sources external to a device.

PCB design teams seem to fight a never-ending battle against electromagnetic interference. After all, EMI occurs from within the circuit and always becomes apparent on outputs, inputs, the power supply, and ground. Noise moves through inductive, capacitive, or direct conducted coupling. As a result, current loops form between traces and the ground plane. The loops introduce inductance into the current path and cause multiple AC signals to share the path. With all this, the loop becomes an EMI/RFI antenna.

Traces and cables that carry high speed clock and data signals also can become large, efficient antennas that emit EMI. Routing channel lines over a segmented ground plane also increases EMI. As the lines cross over the openings between the segments, each gap joins with its trace and cable to function as an RF antenna. 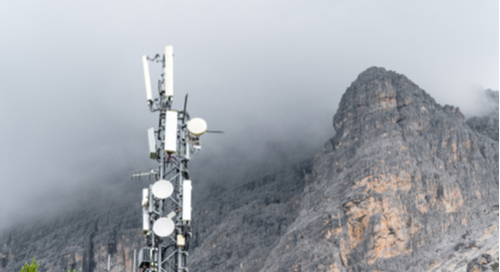 Radio transmissions suffer interference due to both difficult programming, and extreme environments.

Power supplies feed current and RF energy to clocked circuits that may switch synchronously and generate a large noise spike. Reflected high frequency current created within the switching regulator can exit the circuit through the through supply lines or couple out through other paths. In addition, EMI also occurs when a component or system degrades after the coupling of an additional voltage creates an electromagnetic disturbance. As the degradation progresses, the component or system becomes an EMI source that spreads interference to other susceptible systems, subsystems, circuits, or the source component.

Without the correct design measures, EMI can cause dramatic failures. The basic steps for controlling interference begin with minimizing EMI at the source, decreasing the effectiveness of the coupling medium, and lowering the susceptibility to EMI at any receptors. For example, the installation of a simple 50/60 Hz AC line filter can attenuate EMI. The following table illustrates the attenuation characteristics of a simple AC line filter.

Another basic method involves the use of a common-mode transformer the common mode input or the differential input and the output of a circuit. When installed at a commode input, the transformer adds flux and sees the full impedance of the windings. When used for a differential input, the opposite happens with opposing fields cancelling flux and the transformer seeing a low impedance from the mismatched windings. Ferrites surrounding a cable can function as a common-mode transformer. The ferrites control EMI by concentrating the magnetic field in the wire. As a result, the self-inductance of the wire multiplies at high frequencies.

The proper application of shielding and screening decreases the ability of the medium to transfer EMI. Magnetic fields begin with a low impedance source and continues as magnetic energy creates eddy currents in ferrous materials. Metal shields made from steel, nickel, or iron shield against magnetic fields. Because RF fields begin with a high impedance source, non-ferrous metal shielding attenuates EMI. 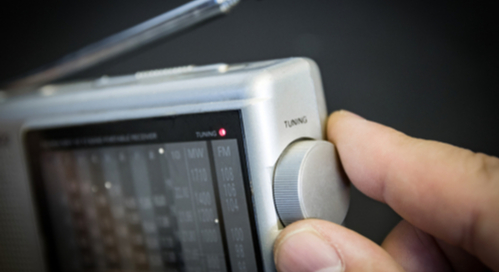 Unfortunately, not all circuits are as easy to tune.

PCB design teams can also significantly lower the chances for a circuit to transmit EMI by minimizing path inductance, using a continuous ground plane with no slots, and filling open areas on the signal plane with ground. Another option involves partitioning potential EMI sources on one end of a board and potential receptors on the other end of the board. Placing microstrips and stripline traces between circuits also minimizes electromagnetic interference. Because many circuits include a combination of analog supplies, common mode noise sources, and digital supplies, design teams must pay special attention to current paths to avoid long loops with multiple ground loops.

When working with the integrative layout and analysis tools offered through Cadence, rest easy knowing that any amount of EMI or RFI in your designs can be handled. For pristine layout, also know that Allegro PCB Designer can handle any complex pin counts or design demands.