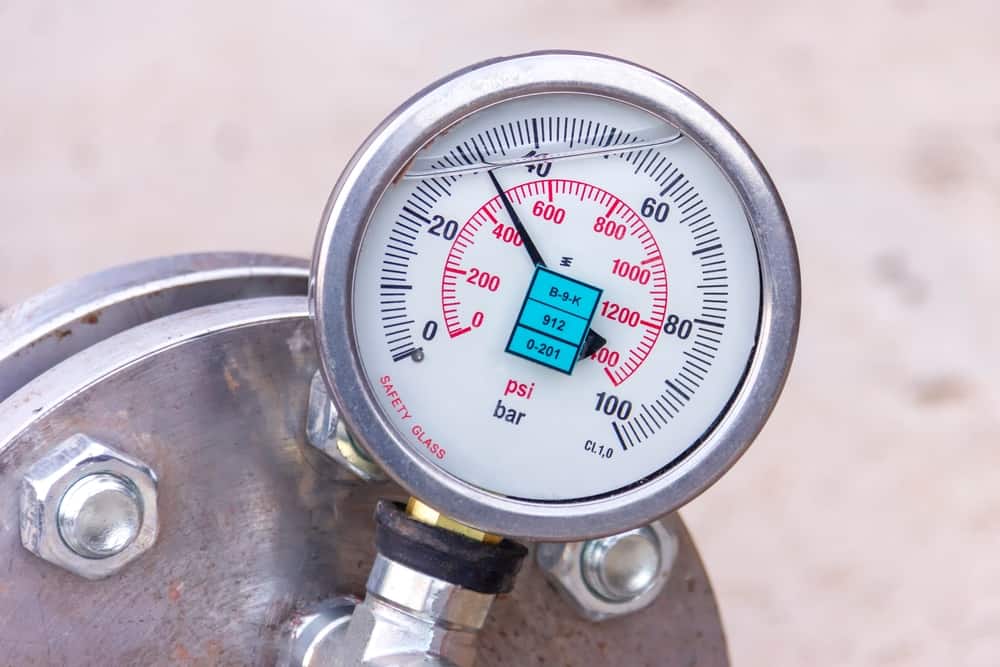 When an object is immersed in a fluid, different forces and pressures act on its surface. The study of these pressures and forces for compressible or incompressible fluids at rest is described by the hydrostatic law. This is opposed to the hydrodynamic properties of the fluid, which deal with the fluid in motion. The properties of the fluid at rest can be used in the engineering of transmission systems, dams, vessels, or other hydraulic structures where the various hydrostatic forces can come to play.

In this article, we will discuss the significance of the hydrostatic law in fluid mechanics, the equilibrium condition, and how the forces and pressure conditions can be analyzed with CFD simulation.

The Hydrostatic Law in Fluid Mechanics

The hydrostatic law, at a point in a static fluid system, states that the rate of increment of pressure equals the specific weight of the fluid. The pressure variation occurs vertically downwards and is a function of depth. Let us take a look at the following diagram for example. 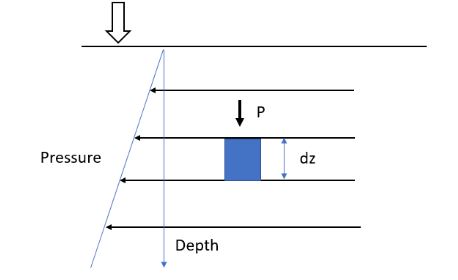 Hydrostatic law considers the fluid at rest. However, under shear stress, maintaining the rest condition is possible. As such, the fluid exerts pressure on the surface in contact. The fluid attempts to maintain the hydrostatic equilibrium, which means the upward and downward forces acting on the surface exactly balance each other.

At depth z, if the pressure P acts on the surface, the equilibrium condition can be expressed with Newton’s second law of motion as:

This can alternately be written as:

Here, h is z-z。so, the difference between the height of the test surface with respect to that of the zero reference point of pressure.

The equation above defines the vertical pressure gradient as the product of density and gravity. In practice, the exact hydrostatic equilibrium is difficult to attain. However, in large scale applications like hydrostatic submergion of submarines in oceans, the gravity and hydraulic pressure-gradient can approximately balance.

We know that in hydrostatic equilibrium, the pressure force exerted by the fluid is balanced by its weight. Similar is the case when the fluid is replaced by an object. This can be explained further with the concept of buoyancy; when an object is immersed in the fluid, the pressure is exerted at the bottom surface. This pressure is higher than what is exerted on the top. This difference in pressure is the buoyant force. If the buoyant force is higher than the weight of the object, it will float, otherwise, it will sink. In order to maintain the hydrostatic balance, the weight of the object immersed and the fluid displaced should be the same. Thus, using the hydrostatic law in fluid mechanics, the following equation can be derived for buoyant force:

From the above equation, we can deduce that in a gravity field (g), buoyancy is dependent on the fluid’s density (ρ) and volume of the submerged object (V), i.e., the weight of the fluid displaced.

The hydrostatic law and buoyant forces largely deal with pressure and surface forces and their ability to cause the fluid to shift upstream or downstream. This shift can be an important indicator of heat transfer patterns. However, determining these hydrostatic components and visualizing the pressure forces is a complex task and can be difficult to perform manually.

In the design of boats and submarines, CFD tools can help solve for hydrostatic pressure using the hydrostatic law in fluid mechanics. Detailed CFD meshing and simulation allows designers and engineers to analyze the hydrostatic load and visualize the pressure countors.

The CFD tools available from Cadence offer precision meshing and high-fidelity simulation to provide a numerical solution approach to understanding the interaction of fluid with a submerged body. The same approach can be taken to understand the buoyancy effects as well as associated temperature effects. Through the detailed analysis of the hydrostatic forces and pressure in the fluid, numerous design challenges can be eliminated and balance can be ensured.