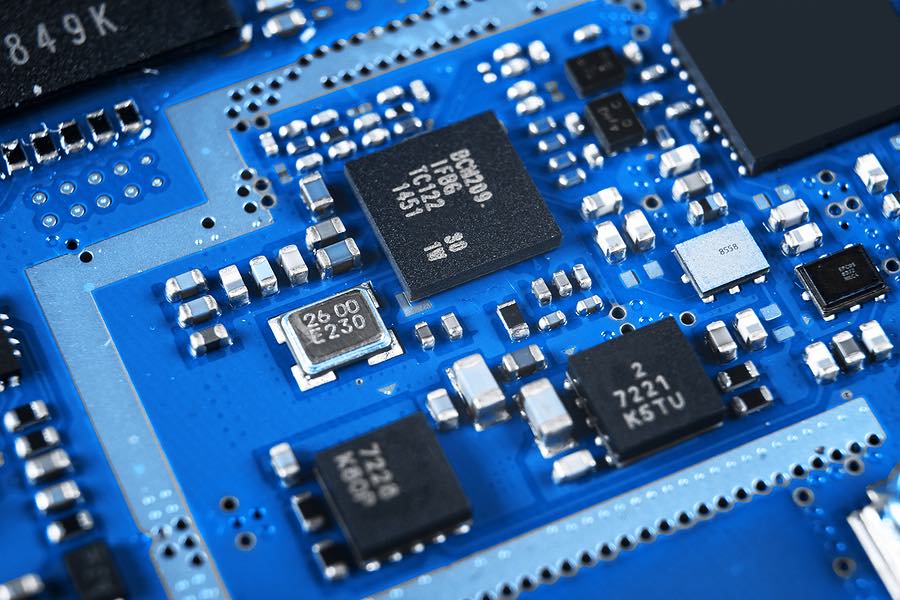 Antenna-in-package offers multiple design approaches with placement of a range of RFICs. As RF designs push up to higher frequencies with more power output in smaller packages, systems designers should know the packaging options available for these systems at each level of the mmWave design hierarchy. This article will examine these packaging options and some important antenna-in-package design approaches used in commercial products.

A typical antenna-in-package architecture implementing an RFIC for signal conditioning and a phased array on a PCB is shown below. In this architecture, the RX and TX signals are brought in through a controller-facing interface, and the RF-front-end is integrated into the chip. The switch on the front-end implements TDD and outputs broadcast signals to antennas in the phased array, resulting in a steered beam being directed to each user accessing the system.

Within this architecture, we have the typical approach to packaging that is required, including RF PCB design, but we also have to consider the IC architecture and technology being used to implement the RF front-end.

The antenna array built for an mmWave capable device will vary in size and arrangement depending on the end device. In devices that will be used for scanning or imaging (e.g., advanced radar), the antenna will be constructed as a phased array from multiple antennas. Patch arrays can also be constructed and branched into separate arms. For handheld devices like smartphones, antenna arrays might be included in SiPs that are implemented in the device.

As power, resolution, and range requirements increase, the number of antennas also starts to increase, and the architecture must change accordingly. The table below outlines some application areas and the in-package array types that support these applications.

Since advanced RF functionality is needed in mmWave systems implementing antenna-in-package architectures, an appropriate antenna design that offers high gain is needed in the packaging for the overall assembly. Patch arrays are one type of array being implemented to provide high-gain transmission over long distances.

Patch arrays are simple to design: a set of patch antennas are linked together with feedlines and power dividers such that the input signal is phase-matched across all antennas in the array. Parallel-fed patch antennas are hardest to work with in antenna-in-package systems because they also require phase matching across at least one power divider. However, the result is a set of broadcast antennas that provide high-gain emission that is independent of frequency. The alternative approach is to use a series-fed patch antenna, which is common in PCBs for small radar modules. 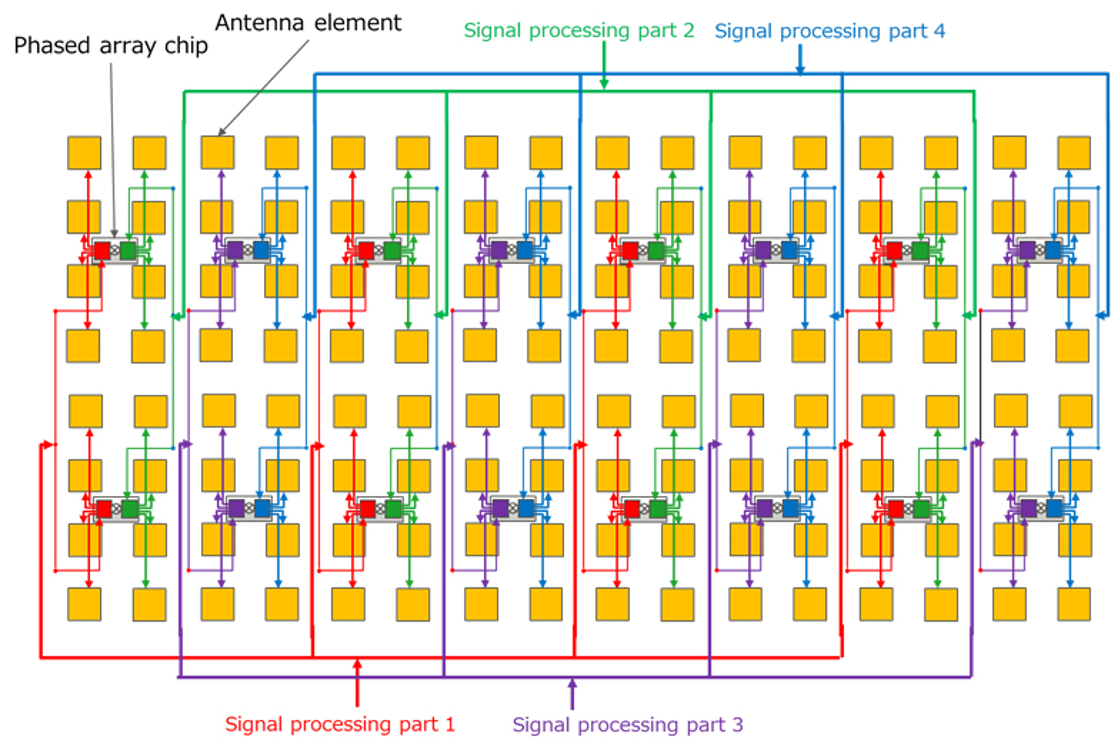 Example phased array with 16 elements, where each element is a 4x2 patch array. Beamforming is achieved by coordinating signal transmission into the 16 array elements.

Working with patch arrays and antenna arrays requires some simulation and evaluation to ensure a design operates at peak performance. Verification is needed at multiple levels:

Whenever you need to place antennas, route feedlines, and develop matching networks, use the complete set of system analysis tools from Cadence. Only Cadence offers a comprehensive set of circuit, IC, and PCB design tools for any application and any level of complexity. For system-level simulation, users can use best-in-class electromagnetics simulations and CFD simulations to evaluate system functionality. To learn more about antenna-in-package design flows using system-level models in Cadence, read the whitepaper, AiP/AiM Design for mmWave Applications - Advanced RF Front-End Design Flows from Concept to Signoff.