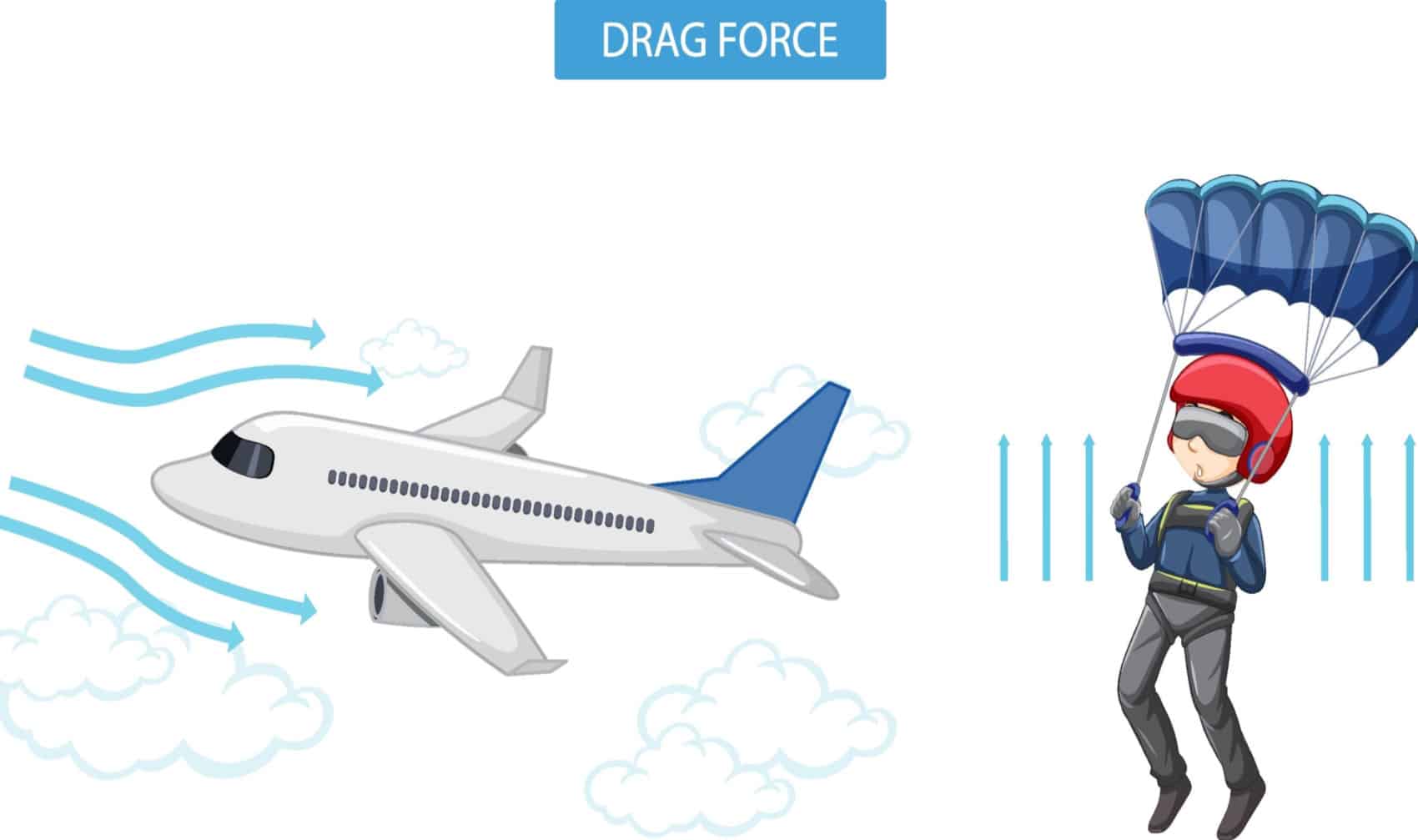 When an object comes in contact with the moving air, it encounters some kind of resistance. This can be experienced during a simple stroll along a walkway on a windy day, as the wind resists the motion of the object in contact and tries to push back. This resistance plays an important factor in the design of aerodynamic devices like airplanes.

Also known as drag, the air resistance force is the direct result of the collision of air particles with the surface of a flying object. This pushes the object in the opposite direction of the motion, slowing it down. Understanding how this force acts and finding a way to minimize its effects is crucial for efficient aerodynamic system design.

The Effect of Air Resistance Force on an Aircraft

Air resistance force, or drag, is the force that acts opposite to the motion of the object, causing it to slow down. In aircraft, the air resistance force is responsible for interfering with lift and thrust to slow a vehicle down. This resistant force can be generated in a moving object because of multiple reasons:

As detailed, the effect of the air resistance force is mostly negative on the aerodynamic performance of the aircraft, and mitigating this is one of the primary concerns for engineers.

By determining the air resistance force in an aircraft, it is possible to calculate the desired lift and power requirements. However, this analysis requires the accurate knowledge of air flow behavior, velocity, density, and their interaction with the airfoil. During the design and testing phase, test scale models of the aircraft can be tested in wind tunnels, which can replicate real air flow conditions. The air resistance force, moment, and pressure can be directly calculated, allowing engineers to make necessary optimizations to the airfoil.

The calculation of the air resistance force can then be done by simply using the drag equation:

Fd is the air resistance force

Cd is the drag coefficient

A is the cross-section area

ρ is the density of fluid/ air

V is the flow velocity

The power requirement (Pd) to overcome this resistance force can then be calculated using the following expression:

Aerodynamic design is much more than a simple numerical calculation of lift or resistant forces. It requires a full-scale knowledge of flow conditions and behaviors, airfoil design, boundary conditions, and many other factors that influence aerodynamic performance. CFD meshing and simulation is an ideal technique to analyze the effectiveness of your design under different flow conditions. With the CFD tools from Cadence, a high-performance and cost-effective aerodynamic system can be designed.