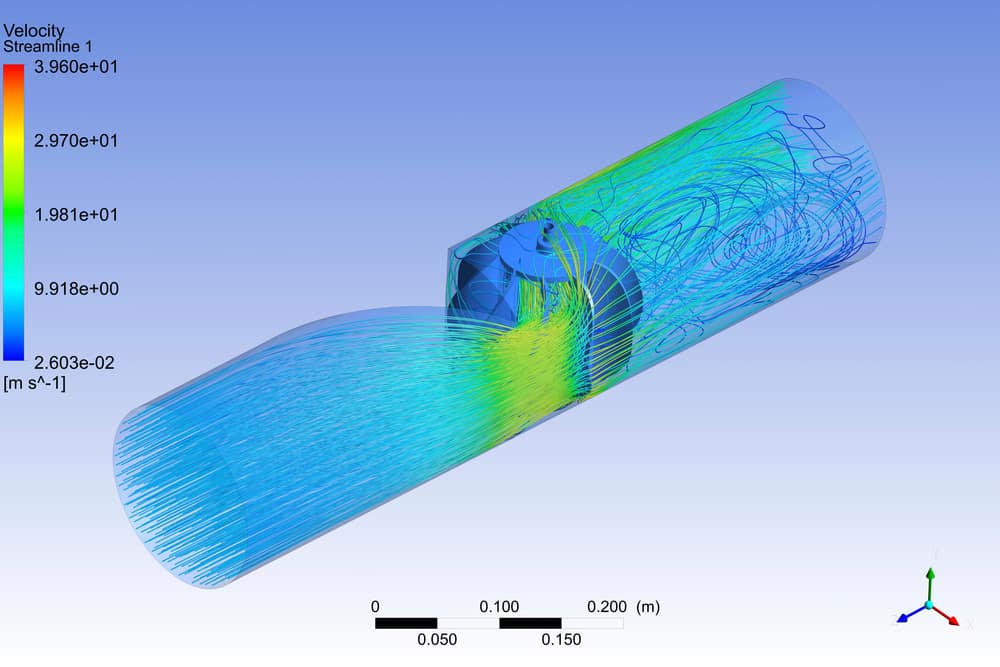 The classification of fluid dynamics, namely hydrodynamics, gas dynamics, and aerodynamics, is of great importance in our day-to-day life. Applications of aerodynamics are enjoyed by us despite most of us not knowing the physics that support these systems. One such example is modern aircraft. Most who travel by flight do not know the aircraft’s working principles. They may be surprised to find out that it is a combination of aerodynamic forces and moments that make an aircraft fly. Pressure and shear stress distribution are vital when defining aerodynamic forces and moments.

In this article, we will discuss pressure and shear stress distribution and its importance in certain aerodynamic applications.

The Evolution of Aerodynamics

The evolution of aerodynamics is linked to the classical mechanics of Isaac Newton. According to Newton, the fluid flow striking a surface will conserve its tangential momentum, but not its normal momentum. The uniform rectilinear stream of particles flowing and hitting a surface will transfer the normal momentum to the surface. The model and law proposed by Newton were not accurate for most fluid flows. From theories formulated by Daniel Bernoulli, Leonard Euler, Louis M. Navier, and George G. Stokes, the science of aerodynamics developed into what we know today.

Aerodynamics is the study of the motion of a fluid and how it interacts with solid objects present in its flow path. In applications such as airplanes, wind tunnels, and vehicles, aerodynamic bodies interact with the air.

The goal of studying aerodynamics is twofold:

The Role of Pressure and Shear Stress Distribution in Aerodynamics

Aerodynamic applications can be based on either a stationary object immersed in a moving fluid or a body moving through a stationary fluid. In both these aerodynamic cases, forces and moments are acting on the body. The two sources through which the forces act on the body are:

Let’s look at the lift, drag, and moment resulting from pressure and shear distribution over airfoils.

In aircraft, the characteristics of airfoils are measured in terms of lift coefficient and drag coefficient at different angles of attack. The drag force on an airfoil is equal to the rate of momentum loss in the free airflow stream around the airfoil. The resultant drag is the combination of friction drag and pressure, otherwise called form drag.

Other uses are emerging from analyzing the pressure and shear stress distribution. One such use is flow similarity identification.

In certain aerodynamic systems, checking flow similarity is important. For example, wind tunnel testing uses the principle of flow similarity. To ensure two different flows are dynamically similar, the pressure and shear stress distribution can be compared. When the non-dimensional pressure and shear stress distributions for two different bodies are the same, then they share the same non-dimensional force coefficients. This is one way of checking the dynamic similarity of fluid flow.

Flow similarity is important when we compare two aerodynamic systems. Measuring the pressure and shear stress distribution over the body is vital, and several techniques are used to accomplish this. Cadence’s suite of CFD tools can help you investigate and simulate flow behavior in aerodynamic systems using the meshing tools in Pointwise. Cadence offers you a complete set of fluid dynamics simulation and analysis tools in Omnis 3D solver.