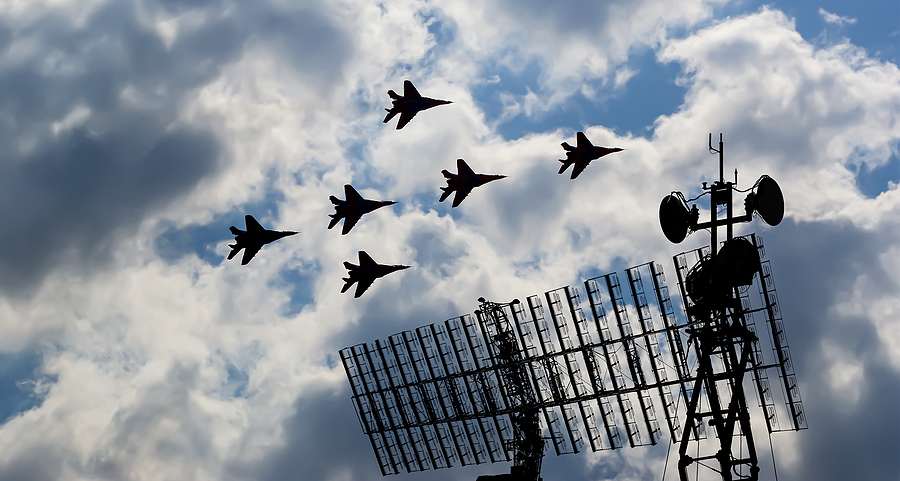 Over the past decades, radar systems have exploited many tricks to increase their imaging and target tracking capabilities. The earliest of these was packing more antennas into a smaller region in low-bandwidth systems to enable beamforming. This approach is now being scaled down to some of the most advanced radar systems running at high frequencies in an effort to develop very high resolution, high-bandwidth images operating at very short range.

There is one older technique that finds a balance between long range, relatively high resolution, and imaging capabilities: synthetic aperture radar (SAR). Typically used in aircraft for certain imaging tasks, SAR takes advantage of relative motion between the target and emitter to develop relatively high resolution images in the system azimuth. We’ll look at the usage of SAR in this article as it is still being implemented in a variety of aerospace applications.

What is Synthetic Aperture Radar?

Synthetic aperture radar (SAR) uses the relative motion between the radar emitter and the target object/area to create a high-resolution image. In conventional SAR, the radar system is located on a moving body (like an aircraft), and it emits/receives radio waves from a stationary target. There is also a related technique called inverse SAR (or InSAR), where the target is moving but the emitter is stationary.

SAR systems radiate their beam towards a scene and measure the signal reflected from the target, just like any other radar system. The measured signal is then used to determine the radar cross-section (RCS), and the spatially resolved RCS data is used to form a 2D image. 3D reconstructions can also be created from RCS point cloud data by including a range estimation based on a time-of-flight measurement. The time-of-flight value becomes the 3rd axis in the RCS data set, so RCS data can be visualized as a 3D function in a polar coordinate system (range, azimuth, and RCS coordinates). 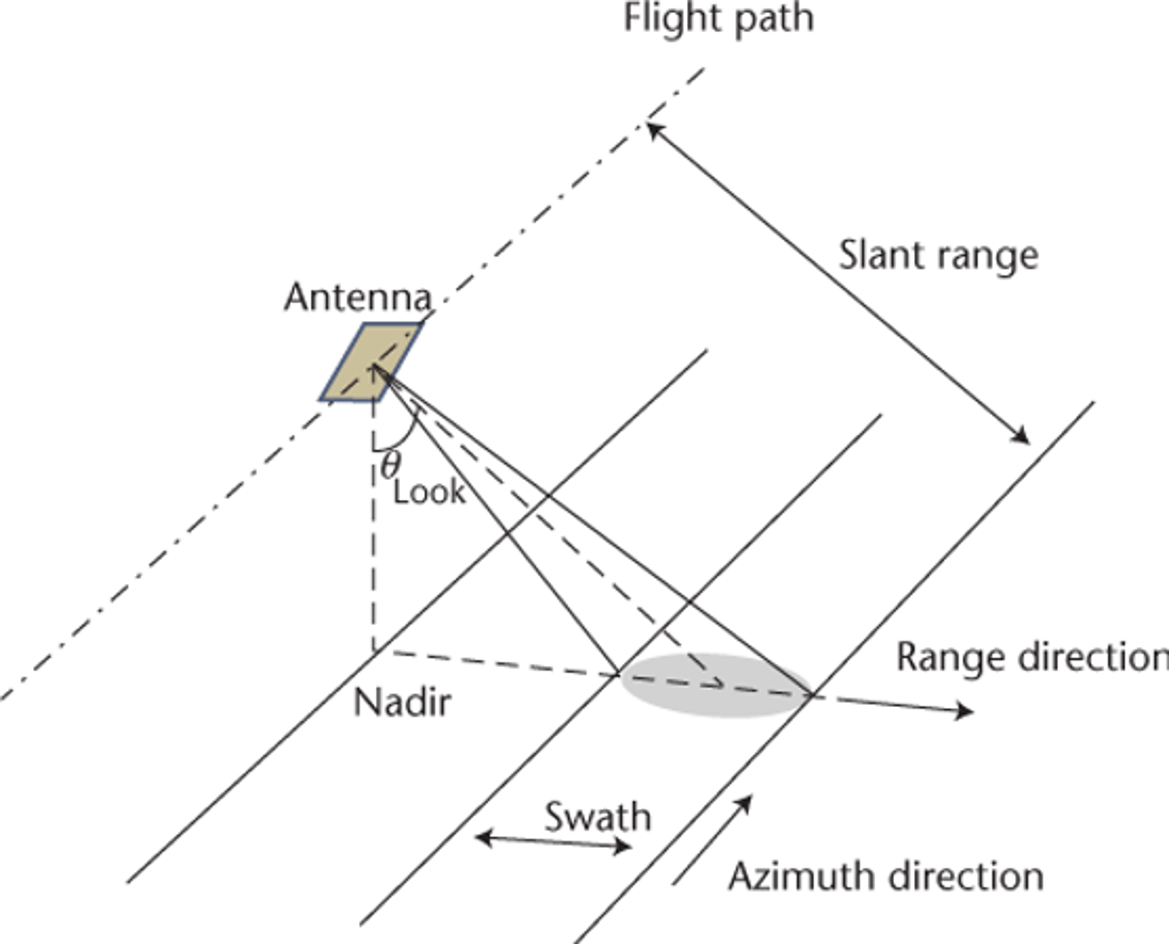 The contrast in an RCS image developed with an SAR system can be used to visualize: 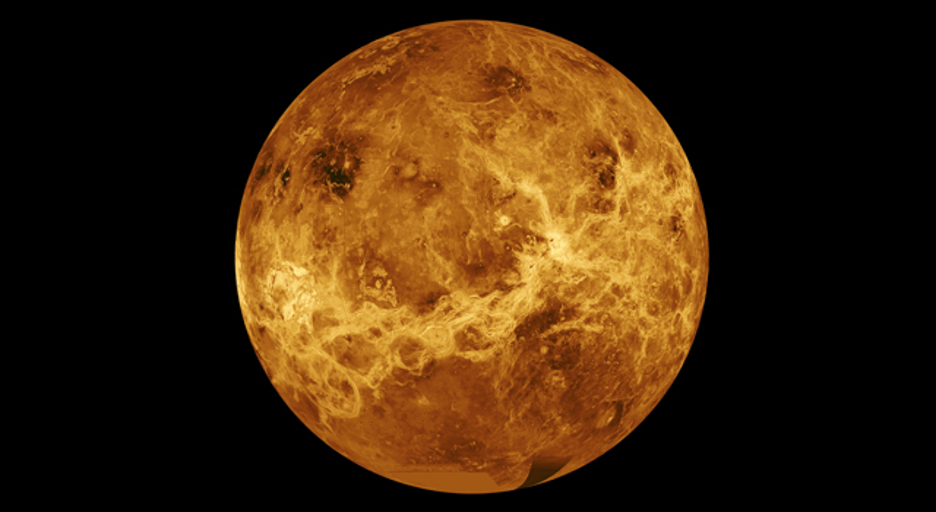 This image of Venus is not a photograph, it is a false color image that was developed using SAR. Image credit: NASA JPL

Why is there a need for the radar emitter to be moving above the target? This is to provide scanning action across the target, and thus to give some spatially-resolved point cloud data to use to develop an image. The emitted electromagnetic radiation from the radar is processed in series as the emitter is moved across the target, and the echoes arrive along a particular direction that can be estimated reliably.

Because the collection of scans can be ordered so clearly across the surface of the target, the radar system functions as if its aperture were much larger than the physical antenna array fixed on the system, thus the name synthetic aperture radar. Depending on the scan rate (emitter velocity), angular resolution of the emitting antenna array, and the range to the target, images captured with an SAR system could have significantly high resolution to resolve human-sized objects.

The operation of an SAR system depends on several factors:

Because these systems are imaging systems, a high resolution is generally required. Some SAR systems can have very fine spatial resolution of less than 0.1 m. When used on aircraft, these systems may be required to direct their beam forward or aft by a large angle while maintaining fine resolution. In a lower-frequency application, bandwidths can approach a significant fraction of the operating frequency, reaching multiple GHz after filtering sidelobes.

There is a short list of components and subsystems that are needed to implement SAR in an RF system. In the absence of specialized ASICs that can perform SAR processing, the processor is perhaps the most important component. Operation of these systems may rely on FPGAs to implement DSP functions and the SAR algorithm for image reconstruction. These systems require emission control and processing received echoes from targets in parallel in order to hit the target scan rate and resolution, which can be easily performed with an FPGA.

As these systems are normally deployed on aircraft, including small aircraft like drones, they need to be manufactured to the highest reliability standards for deployment in harsh environments. Rugged board-level and enclosure-level assembly will help ensure these systems can withstand the rigors of flight, which can include strong vibration and frequent thermal cycling.