Meshing is always a compromise between computational efficiency and the needed accuracy. We need the smallest possible mesh to capture the effects that we consider as the most important in our simulations. Oftentimes, this means defeaturing the geometry, choosing to ignore specific elements that will make the solver’s work hard or choosing to ignore elements that will make our life easier when meshing.

One such element that is often disregarded when creating periodic meshes for turbomachinery, mostly because the solver cannot handle it but also, by extension, the associated mesh tools cannot represent properly, is the bulb. Bulbs are ubiquitous in all kinds of applications. A classic example is a marine propeller which normally features a bulb downstream of the blades (Figure 1).

Bulbs are hard to work with because they can be modelled in ways which prove to be troublesome for most solvers. Either, we have to create a singular line where elements close to the bulb connect, or a butterfly topology where we have a series of cells that belong to both periodic faces of the mesh as shown in Figure 2. 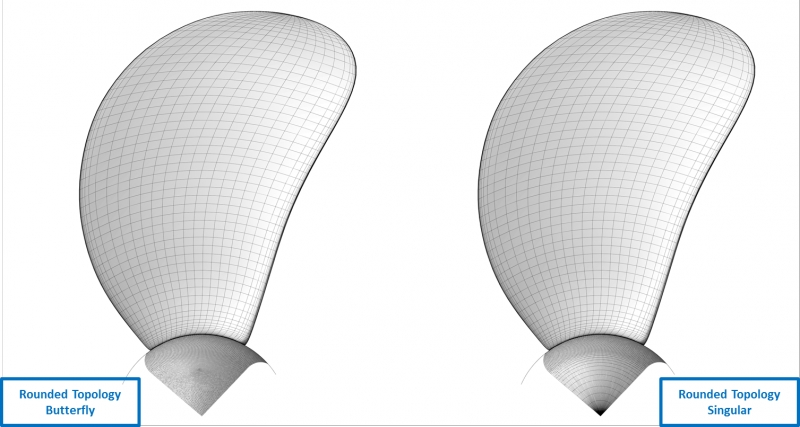 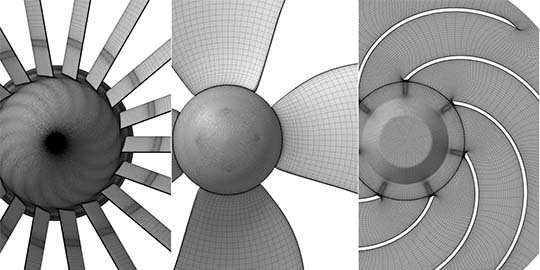 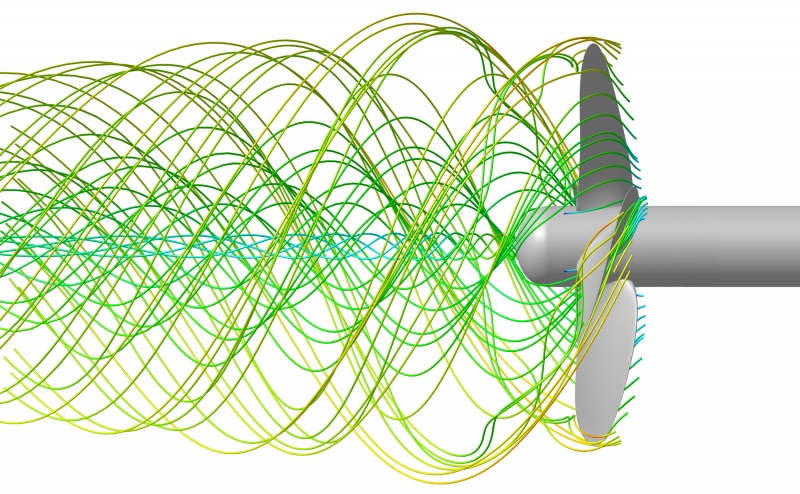 Figure 4. Flow solution of a propeller, showing the tip and inner vortices

Thanos got a Mechanical Engineering degree from the National Technical University of Athens, Greece in 2011. After completing the mandatory military service, he went on to study at Turbomachinery Aeromechanics at the Royal Institute of Technology (Sweden), the Université de Liège (Belgium), and Duke University (USA) through the THRUST Erasmus Mundus Programme where he obtained a Master's Degree in Mechanical Engineering while working on problems such the minimization of forcing in turbomachinery blades, engine start-up forced response analysis and non-synchronous vibrations. In 2014, he joined NUMECA as an account manager to manage the full sales cycle for the turbomachinery industry and since 2016 he is a Turbomachinery CFD Engineer helping other engineers solve their CFD problems and creating content to promote CFD in the turbomachinery industry.