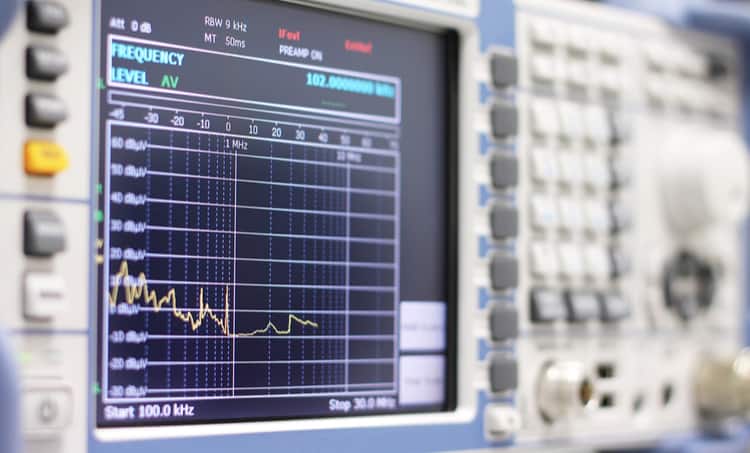 This spectrum analyzer can be used to measure EMF noise.

Everything that happens in electronics is related back to the behavior of the electromagnetic field (EMF). From the intentional passage of signals between components to unintended reception of noise, all electronics are designed to have some level of control over the EMF. In effect, EMF noise occurs when the product designer has not exerted adequate control over the EMF.

PCB design is not about controlling the EMF directly, but rather making some smart layout decisions that govern how a device responds to the EMF. Noise induced by the EMF can occur via radiation from an external source, or by being conducted between a noise source and a victim component. With some smart layout decisions, you can reduce the effect of both types of EMF noise in your system.

All noise is passed into a circuit as either conducted or radiated EMF noise. Either noise present on one component passes through conductors into a victim component (conducted EMI), or it is emitted from one component and is received like a typical radio signal. Depending on the board’s application and deployment environment, designers need to decide which layout choices are best for preventing noise from impacting components and signals in their PCB.

There are two general approaches for dealing with both types of noise:

A comprehensive approach to reducing EMF noise has always been challenging for designers, and the challenges will only increase as signal speeds and frequencies increase. Depending on the signal bandwidth and frequency range, some layout and component choices may be more ideal than others for suppressing EMF noise.

Radiated EMF noise can be received inductively in any closed circuit loop on your PCB, through the electric field via parasitic capacitance, or through floating conductors (e.g., an ungrounded heat sink) that act as antennas. The simplest defense is to block any radiated EMF from inducing appreciable noise in a circuit. In other words, use something to absorb radiation, cause any received radiation to interfere with itself destructively, or reduce any radiation through the use of shielding.

To help suppress reception of radiation in a circuit block, you can use the following strategies:

All of these choices are helpful for addressing EMI from various sources. Because reception of electromagnetic radiation by most elements in your system is reciprocal, these choices can also help you pass EMC by reducing radiated EMF. Some of these strategies are common in RF products to reduce EMF noise passing between circuit blocks and to the exterior of the device. 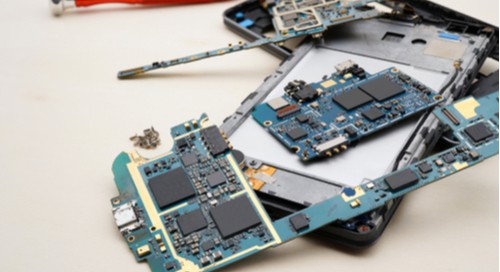 These copper structures around the RFFE components and baseband chip provide shielding against radiated EMI between circuit blocks.

Conducted EMF noise often originates as radiated EMF that is received in an interconnect, after which it propagates to another component. A prime example is crosstalk, which starts as radiation from another trace but then propagates into an upstream or downstream component. Another example is noise from return currents in a reference plane, where ferrites can receive common-mode noise through their parasitics and propagate this noise to other components.

For these noise sources, you can choose between three options:

Conducted noise has long been a problem because some of the only solutions include filtration, common-mode or differential-mode chokes (can’t be done simultaneously), and equalization. The best option you have is to use best layout practices and software to prevent radiated EMF noise from being converted to conducted noise.