The major share of our voltage requirements are fulfilled by Switch-Mode Power Supplies (SMPS). While the lightweight and highly efficient features of SMPS make it a constant element in consumer electronics, its counterpart, linear power supply, is more often found in radio frequency (RF) circuits. A linear power supply is highly reliable and immune to electromagnetic interference, especially RF interference, making it an excellent choice for RF and microwave circuits. When discussing linear power supply, we can't ignore the linear voltage regulators and the associated power dissipation. The foldback current limiting technique in linear power supplies is a technique used to keep power dissipation under safe limits. It also protects the linear supplies from faults and overload conditions. 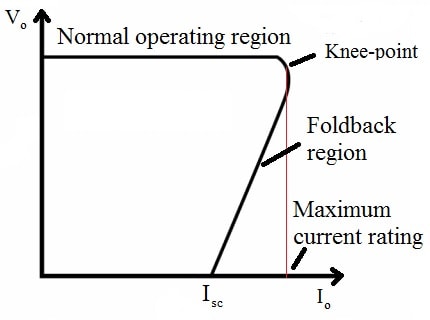 Consider a linear power supply with input voltage Vi, output voltage Vo and output current Io. The power dissipation is the linear regulator is given by the following equation:

As the voltage Vo and the current Io are following a decreasing trend with foldback current limiting circuit operation, so is the power dissipation in the linear power supply. This folding back of the output current potentially reduces the thermal, electrical, and mechanical stresses in the circuit components and thereby extends its life. The recovery from the foldback current limiting mode can be automatic or after a time delay when the overload is taken off. 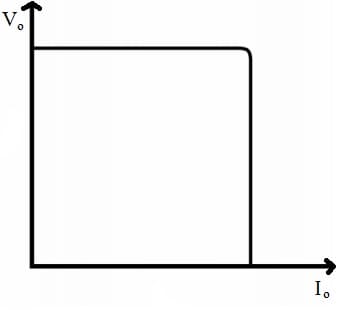 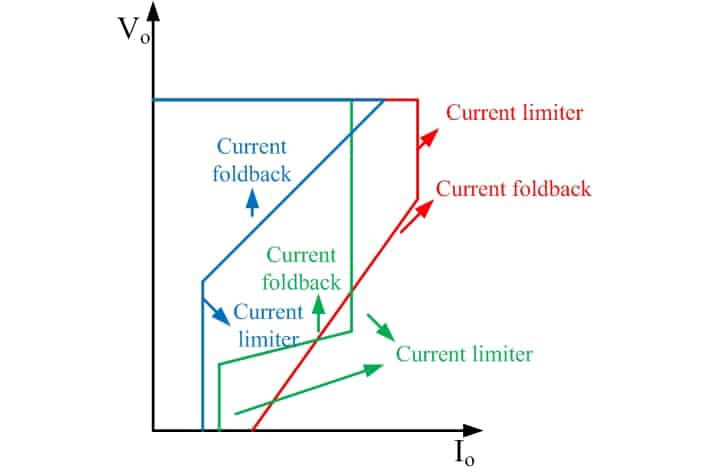 Current foldback types and their characteristics

The overcurrent protection scheme employed in power supplies can be of different types. There are schemes where the current limiting and current foldbacks are combined. The main 3 types of current foldback circuits are:

In this type of overcurrent protection, the current is folded back to a lower value and is then limited. When the folded current reaches a certain limit, the current limiter circuit starts to operate. The image above presents the characteristics of this protection scheme in blue.